And that’s not even the biggest promotion being held during Friday’s game. 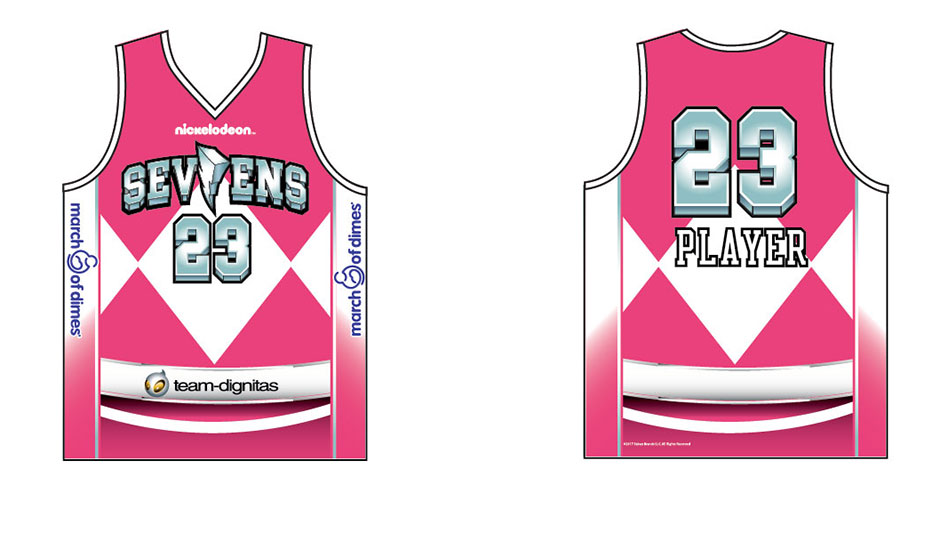 Hey kids! Remember the Power Rangers? Well now they’re back, in a new film coming out later this month. And the merchandising tie-ins are already here. Yes, 1990s nostalgia is in full swing.

For example: The Philadelphia 87ers — the minor league team of the Sixers — announced today that the team would be wearing pink Power Rangers jerseys for Friday night’s game against the Salt Lake City Stars.

The first 2,000 fans at the Bob Carpenter Center this Friday will get a free Power Rangers poster, and the jerseys will be auctioned off to benefit the March of Dimes afterward.

But that is not the most important promotion being held on Friday. Check out what will be happening at the “Sevens Courtside KidZone” during the game, per a press release from the Sevens:

Here, a trained athlete will run on a treadmill throughout the game. Should the athlete complete a half-marathon prior to the conclusion of the basketball game, all fans in attendance will receive a voucher for a free Jimmy John’s sub.

Corrigan Sports Enterprises, which is promoting the Delaware Running Festival with this promotion, will also make a contribution to the March of Dimes for every mile this “trained athlete” runs.

A basketball game takes, what, two and a half hours? As long as that athlete is actually properly trained, everyone in attendance is totally getting a free Jimmy John’s sub. (Jimmy John’s subs are about $6, while Sevens tickets are as cheap $14, if you’re looking to figure out how this works financially.)

So there you have it. Pink Power Rangers jerseys and free Jimmy John’s. Does minor league basketball get any better than this?!