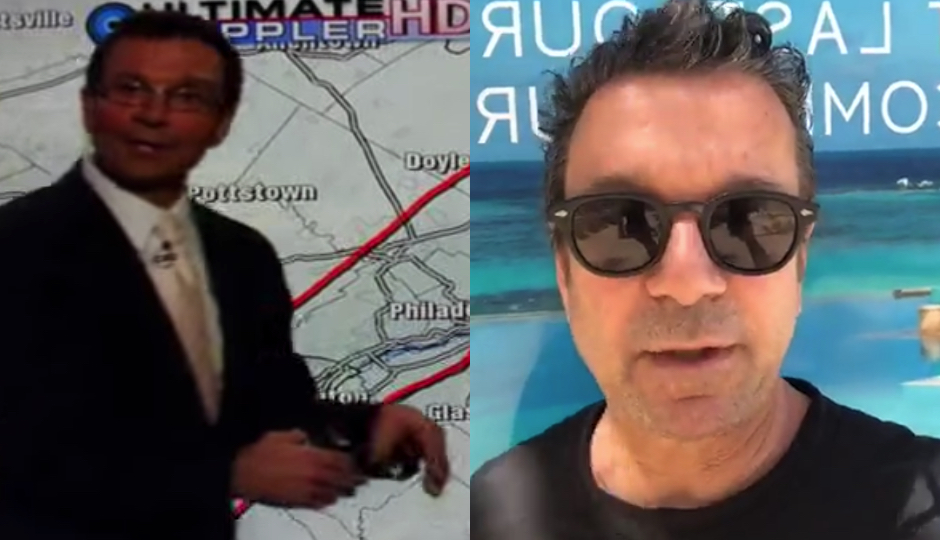 If you live in Philly, you can count on three things happening during a snowstorm. First, a fight will break out over saved parking spots. Second, people will complain if their little side street in Manayunk is not plowed in eight hours. And finally, John Bolaris will be on top of the case, even though he’s not employed as a meteorologist these days.

Bolaris took to Facebook Live on Sunday to offer his predictions on the snowstorm coming our way. He did so from the beach in Anguilla, where he’s accompanying a client for his real estate business. (Bolaris is the Senior Vice President of Sports, News and Entertainment Relocation for The Condo Shop.) His video got around 1,100 views.

“I still get up every morning and look at the computer models,” Bolaris told us on Monday afternoon, for whatever reason answering his cell phone while he’s sunning himself in the Caribbean. “I still have the love for it. It’s never going away.”

Bolaris is predicting 8 to 12 inches in the city, with the “very severe brunt” of the storm coming between 1 a.m. and 10 a.m. Tuesday.

“I started saying that yesterday,” he points out. “If you are getting sleet, that means you’ll be getting around 8 inches. If you don’t get any sleet, it’s 12. This is going to be a vicious nor’easter: heavy, wet snow with wind in excess of 40 miles per hour. I’m calling it a complete Northeast corridor shutdown of airports, roads, and train service.”

He’s also says to expect thundersnow, a word we just love to hear. And if you have kids in suburban schools (city schools tend to be a little less liberal with the snow days), Bolaris predicts a 75 percent chance that they’ll be closed both Tuesday and Wednesday.

He was expecting to be back in Philly for the snowstorm, but his Tuesday flight home was one of more than 1,000 already cancelled by Monday morning.

“I’m actually sad that I’m not going to make it home,” says Bolaris. “I feel bad. I like being there when we get hit, and this is only the second time I will have missed a storm in 24 years. The very first storm of the century took place on this day in 1993. That was really the storm of the century. Not this other crap. That was the storm.”