The Temple defender was the star of the NFL Combine. 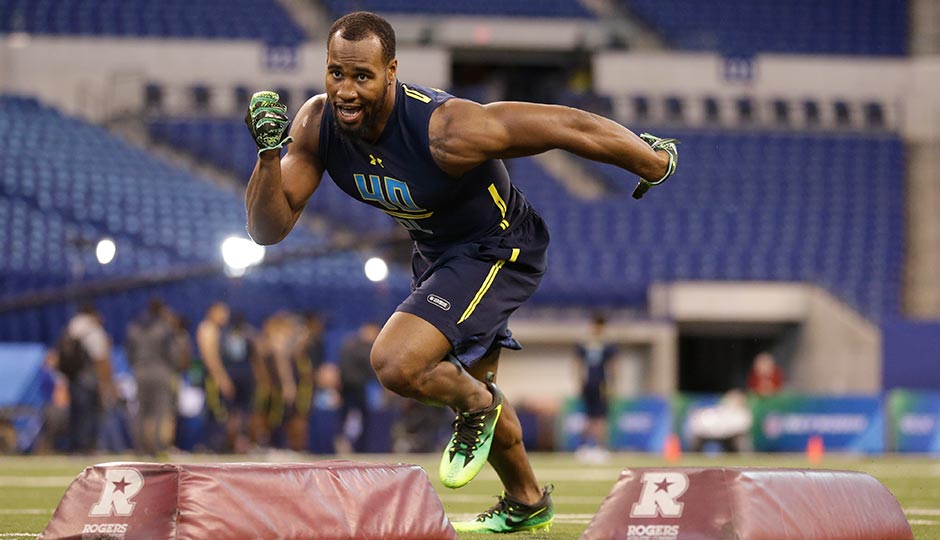 Haason Reddick at the NFL combine in Indianapolis on March 5th. Photo by Michael Conroy/AP

He was unrecruited out of Haddon Heights High, without a single scholarship offer thanks to injuries in his junior and senior years. When he tried walking on at Temple, then-coach Steve Addazio basically said, “Beat it, kid.” He made it onto the team, though, under Addazio’s successor, Matt Rhule — then nearly quit to get a job, to spare his folks the cost of his tuition. (His mom took out an extra loan to pay for his meal plan.) So what were the chances defensive lineman Haason Reddick would turn out to be the star of this year’s NFL Combine?

Well, thanks to a “Clowney-esque” 4.52 40, a 36.5-inch vertical leap and a positively unearthly 11-foot-one-inch standing broad jump, the six-foot-one, 237-pound Camden native is being compared to Clay Matthews and touted as a first-round pick in this year’s draft. Which, coincidentally, is being held right here in Philly, on the Parkway. We can’t think of anyone more worthy of running up those Rocky steps.