Three years ago, the pipeline was struck down by the Pinelands Commission – a preservation group that New Jersey Gov. Chris Christie has since restructured. 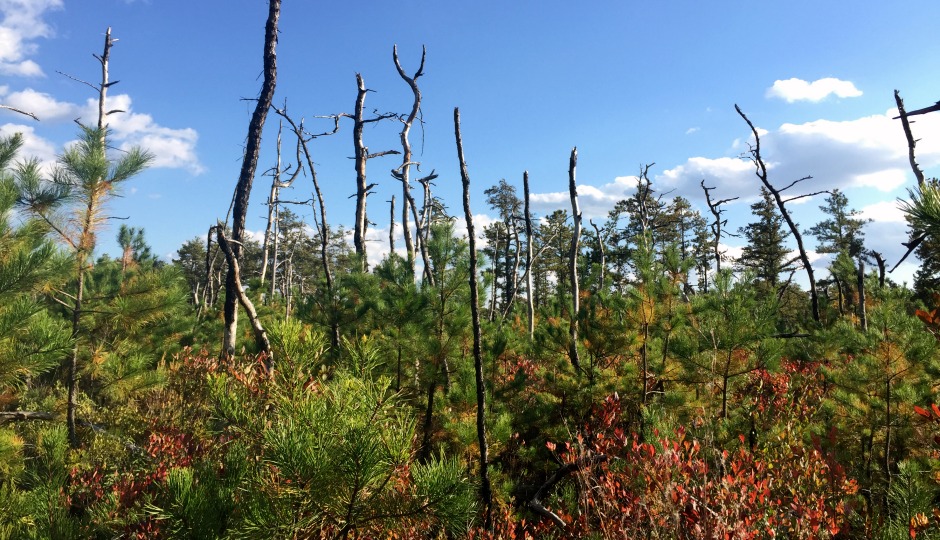 The Pinelands | Photo by Claire Sasko

Demonstrators gathered outside the statehouse in Trenton, New Jersey yesterday to protest a proposed pipeline that would cut through the state’s Pinelands National Reserve.

Protestors – including many environmentalists – denounced the pipeline, which would span 22 miles from Maurice River Township to a B.L. England coal plant in Beesley’s Point, Upper Township.

Those opposed to the pipeline said it would set a precedent for future development and could potentially taint the area’s Kirkwood-Cohansey aquifer system, which provides an estimated 17 trillion gallons of water to more than one million people.

Three years ago, the pipeline was rejected by the Pinelands Commission, which was was enacted to preserve and protect the park when congress passed the National Parks and Recreation Act of 1978. The group is poised for a revote on Friday.

New Jersey governor Chris Christie has restructured the commission since its members last voted on the pipeline. In January of 2016, Christie removed the chairman, Former Camden County Freeholder Mark S. Lohbauer (who opposed the pipeline) and replaced him with Lumberton Mayor Sean Earlen, who has since recommended that the commission approve the pipeline.

Multiple environmental groups have criticized Christie’s push for the pipeline as well as his decision to remove Lohbauer from the chairman position, which they claimed was a tactic to ensure approval of the project.

“The South Jersey Gas pipeline saga has become Bridgegate in the Pines,” Doug O’Malley, director of Environment New Jersey, said in a press release at the time. “Gov. Christie has worked to usurp the independence of the Pinelands Commission by firing commissioners who had the courage to oppose the pipeline.”

Brian T. Murray, a Christie administration spokesman, said last January that Christie’s move was “nothing more” than a decision to “give another commissioner an opportunity,” according to the Ashbury Park Press.

The commission is now on the verge of approving the pipeline through the pinelands, the country’s first National Reserve and the home of 56 communities, 700,000 permanent residents and a number of threatened and endangered species, according to its website.

Last month, residents reportedly packed a building where the Pinelands Commission held a meeting to address concerns surrounding the pipeline.

Proponents of the pipeline claim it would create jobs and that environmental impact would be minimal. John Gray, deputy chief of staff for the New Jersey Department of Environmental Protection, has said that the pipeline would be built under or on the shoulder of existing roadways, according to the Ashbury Park Press.

The pinelands account for the largest span of open space on the Mid-Atlantic seaboard between Richmond and Boston. The pinelands reserve is one of the country’s 47 UN biosphere preserves – a worldwide list comprised of ecosystems nominated by national governments for their unusual scientific and natural interest.