The Phillies Have Opened Spring Training

Pitchers and catchers officially begin working out on Tuesday in Clearwater. Baseball is back! 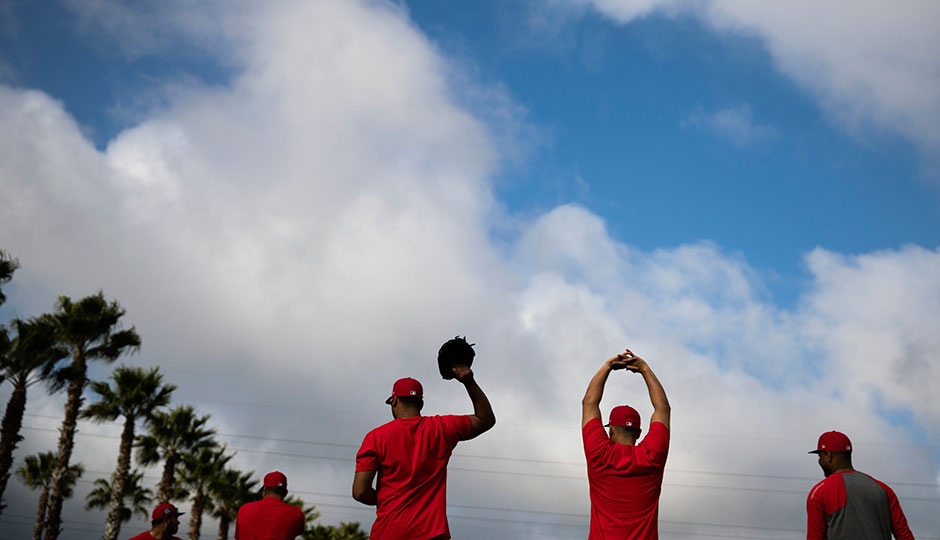 It’s cold and overcast in Philadelphia today. But a thousand miles south in Clearwater, Florida, it’s in the 70s — and the Phillies have opened spring training.

Okay, only pitchers and catchers officially report on Tuesday. But some of them even showed up on Monday! And either way, players are out on the field throwing, team president Andy MacPhail gave a press conference, and the beat writers are all down there.

The Phillies are not expected to contend in 2017. Manager Pete Mackanin says he believes the Phils could be a .500 club this year. That would be a 10-game improvement on last year’s 71-win squad — not quite the glory days of somewhat-recent memory, but a decent improvement over the 63-win 2015 team without having added any splashy free agents.

Spring training, then, might actually be pretty interesting this season. As Matt Gelb noted in the Inquirer, the Phillies will have a prospect at every position except third base, and the pitching rotation is relatively young.

“The fans and the media are pretty sophisticated,” MacPhail said at Monday’s press conference. “They’re going to know improvement when they see it. I wouldn’t put a number by it. Sometimes you can move the win number up but not really have a good year. We’re trying to create a foundation for a baseball franchise. The more players that demonstrate on our current team that they belong and are part of the future and the more players that percolate up from our system that demonstrate they can be part of our future, that’s a good year.”

The Phillies begin spring-training play in nine days with their annual scrimmage against the University of Tampa. Even if you don’t like baseball, you can at least celebrate this: Warmer weather is getting closer.