One of the Guys writer/Director Michael Busza (center) accepts the College Emmy for Best Series with his prodcuers Jaime Sweet (left) and Jen Parmer (right).

When Busza accepted the award, he thanked, among others, Temple, various faculty and staff, his mom, and, of course, the cast of One of the Guys. “This has been an absolutely life-changing experience,” he said.

One of the Guys concerns the day-to-day shenanigans of three twenty-something gay men played by Aaron Palmer, Steve Fala, and Matt McWilliams, and their straight roommate (Jeff Familetti). The series began early last fall, and will finish up this spring. (Look out for Episode 5 on April 29th.) To catch up on all the episodes, feel free to binge-watch here.

One of the Guys wasn’t the only local win last night. Debora Lui was one of four to win the Mister Rogers Scholarship for research at Penn, and Montana State University’s Deia Scholsberg won the prestigious Bricker Humanitarian Award for Backyard, a documentary that chronicles the effects fracking has on the lives of five people — including some living in Pennsylvania. You can see photos of them, plus some of the One of the Guys team living it up in Hollywood below. 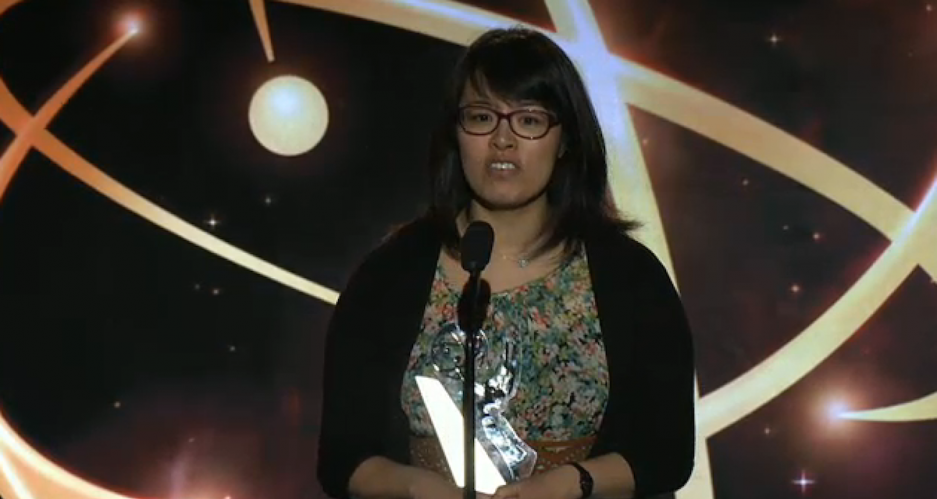 Debora Lui accepts the Mister Rogers Scholarship for her research at Penn. 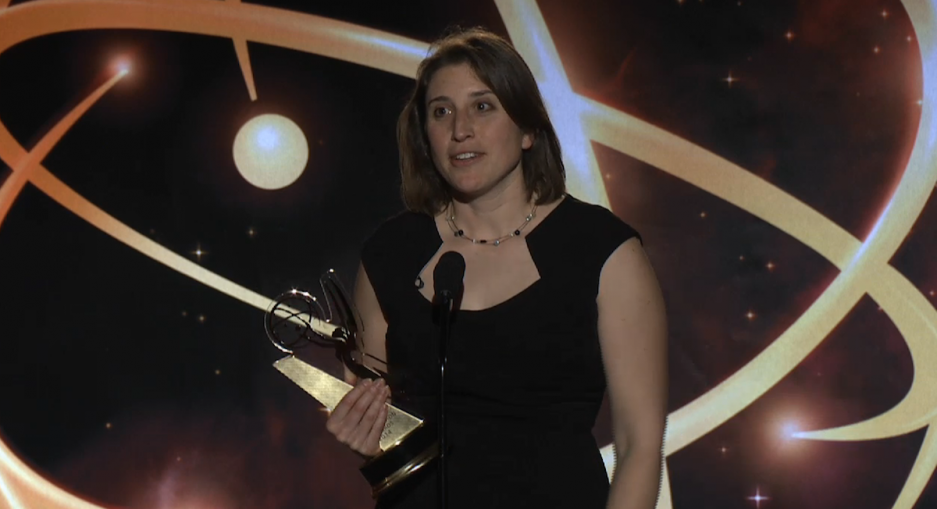 Filmmaker Deia Scholsberg wins for Backyard, a documentary that goes into rural Pennsylvania to chronicle the effects of fracking. 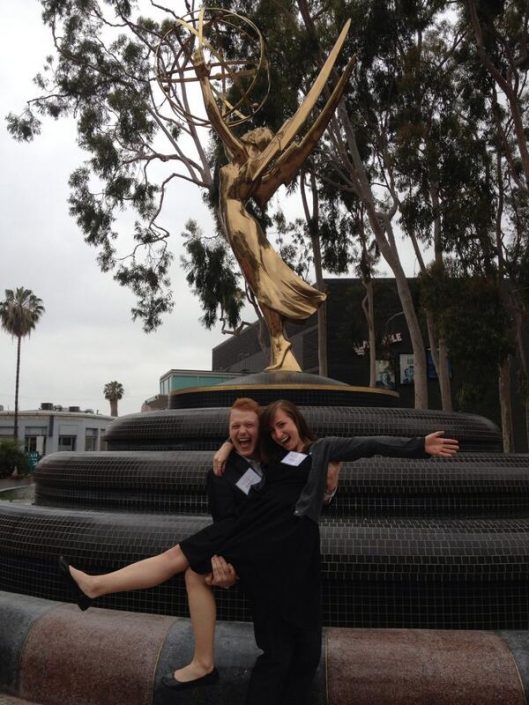 One of the Guys writer/Director Michael Busza and Producer Jaime Sweet in Hollywood. 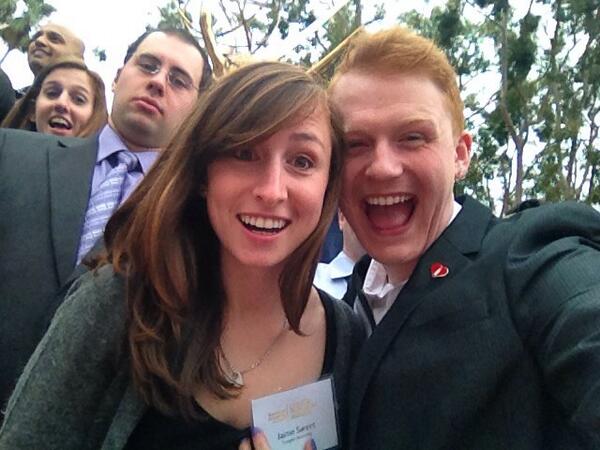 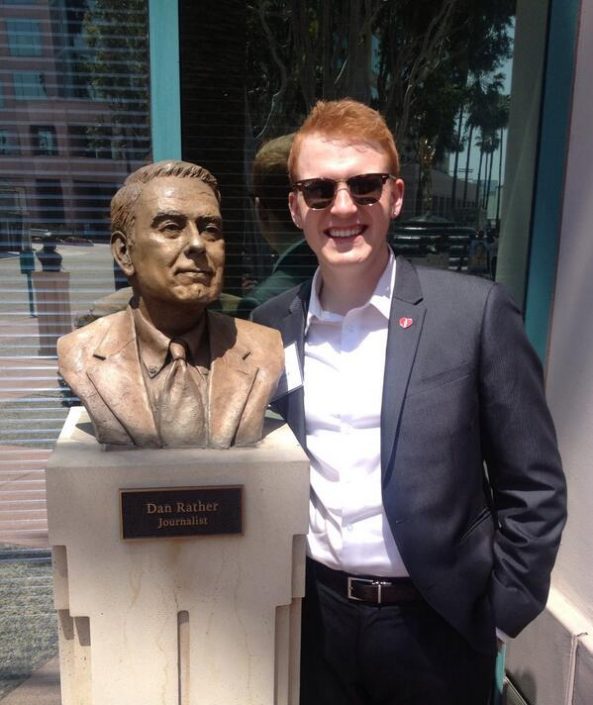 Busza poses next to a bust of Dan Rather, who will be speaking at Temple's School of Communications and Theater's graduation ceremony in May. 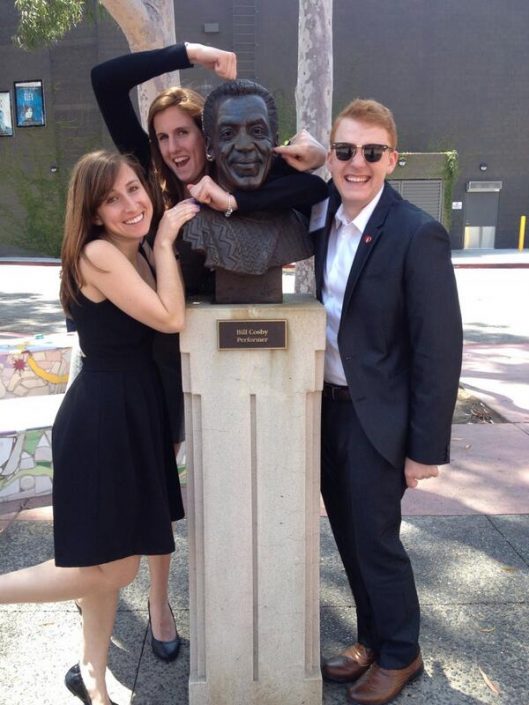 Posing with the bust of Temple alum Bill Cosby. 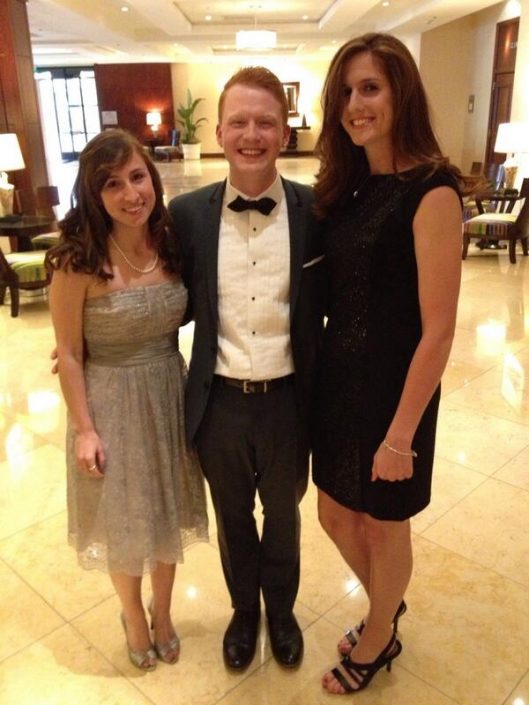 All dressed up for the college Emmys. 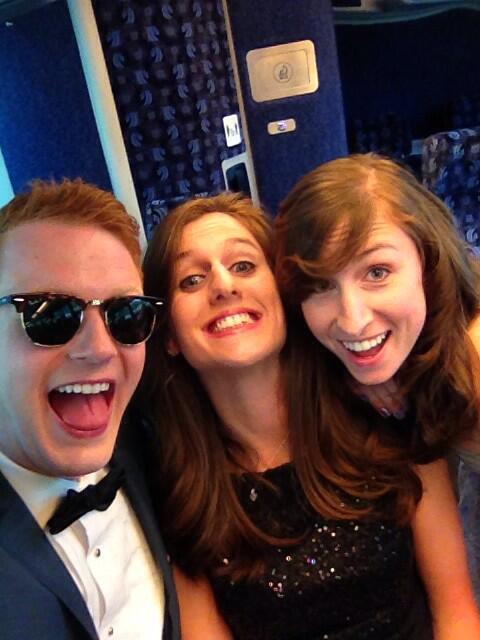 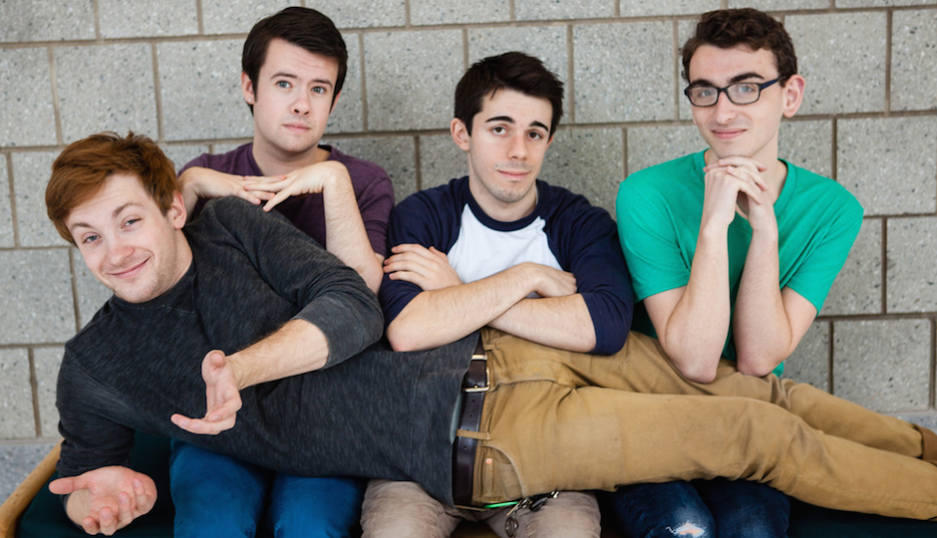 Cast of One of the Guys (back row, L-R) Aaron Palmer, Steve Fala, and Matt McWilliams, (front) Jeff Familetti.