Philadelphia braces for a second day of bitter cold.

Baby,  it’ still cold outside: 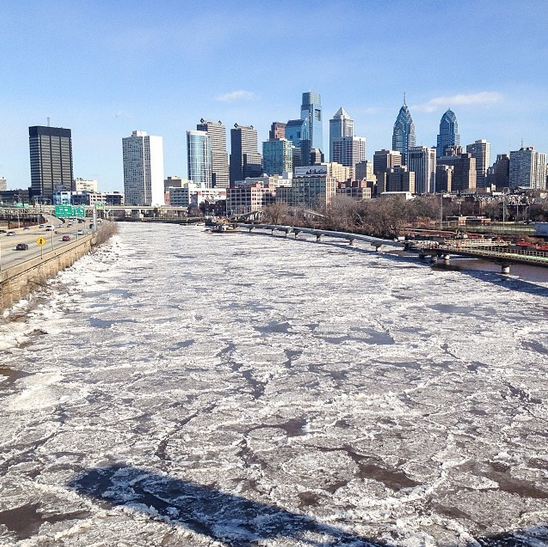 6ABC reports: It’s sunny with less wind today, but still cold. Morning temperatures in the single digits give way to highs in the low to mid 20s (23 in Philadelphia). Winds are out of the west at 6-12 mph. Wind chills: teens”

CBS Philly adds: “The agency that manages the electric power grid across the Delaware Valley has extended their call for conservation of electricity. The Pennsylvania, New Jersey, and Maryland Interconnection (known as “PJM”) runs the power grid in 13 stat.’We’re continuing to ask consumers to use electricity wisely to conserve, especially through the morning hours,’ says spokesman Ray Dotter.”

The Inquirer sums up:

On the coldest day in nearly 20 years, temperatures as low as 4 degrees turned truck diesel fuel into useless sludge, canceled flights, slowed trains, and kept thousands of students from school.

For reasons known only to them, about 20 homeless people remained outside Tuesday night in Philadelphia, unmoved by both wind chills of 18 degrees below zero and entreaties to get inside from windburned advocates for the city and nonprofits. Many of the homeless were bivouacked under I-95 in South Philadelphia.