“I Was the One Who Found the Eye”: Tales and Photos From the SEPTA Lost and Found

From chickens to eyeballs, what Philadelphia loses on public transit reflects a city that's as weird as it is forgetful. I’ve been riding the West Trenton line to and from work for six years. That’s roughly 3,120 trips, or, as I’ve come to realize, 3,120 chances for me to leave something behind on the train. Miraculously, it wasn’t until my 3,090th trip that I actually did.

It took me two days to figure out my Kindle was missing, and another day of frantic searching before I conceded that I’d left it on the train. I thought of it wedged between the pleather seats or, worse, in the hands of one of my fellow passengers, some smug jerk who was probably at this very moment finishing Bossypants.

SEPTA’s passenger-services office in Suburban Station is a few doors down from a smoothie shop and a corner where homeless people sleep. I walked in, feeling hopeless. Helyn Henry, the feisty woman behind the counter, fired off questions: What train line? What week? What kind of e-reader? She ran a finger down a handwritten log of lost items and then marched to a closet. She returned with my Kindle. I was shocked. Not only did SEPTA have a Lost and Found; it was impeccably run and organized. My faith in humanity was restored. SEPTA was incredible. Life was beautiful.

The only L&F office for the regional rail system is at Suburban Station; everything filters through it. The place is a graveyard of people’s possessions, prized and otherwise, a ragtag monument of their quirks and comforts, secrets and habits. And SEPTA has categorized it all by item, in a room lined with shelves and filing cabinets. There’s the shelf of books, which at the moment includes two Bibles; six drawers of umbrellas; a bin of canes, crutches and skateboards; and several shelves of bags. Miscellaneous items are scattered about: architectural blueprints, yoga mats, a baby stroller, a guitar, art portfolios, a trophy, cowboy hats, a brand-new comforter. There’s a separate closet for clothing, and another closet for smaller items and electronics. This Martha Stewart level of orderliness gives me a small thrill.

“Anything you can think of that can be left on a train, it’s been left,” says Garry Deans, a 19-year SEPTA veteran and a regional station manager. He runs the L&F together with Clarence Hilliard, who joins him in rattling off items that have been retrieved: flash drives, keys, cell phones, sex toys, drug paraphernalia, a single shoe, dentures, heart monitors, a whole cooked chicken, a glass eye.

“I was the one who found the eye,” Gar­ry says triumphantly. “It was underneath the seat. It looked like a marble.” (The eye was eventually returned to its owner.)

Clarence is the guy who goes through all the bags. After 30 days, they get rid of unclaimed items and donate what they can: Glasses go to Wills Eye (50 pairs in June), books to Friends of the Free Library, cell phones to HopeLine from Verizon (30 to 40 each month), bags and clothes to the Salvation Army and Goodwill.

If you count rail passes and lunch bags (they keep the food until 3 p.m. each day, but hold onto lunch containers), 600 to 800 items are brought in by passengers, engineers and conductors each month. About 75 percent of these items get returned, thanks to the L&F team that actively searches for the owners, leaving messages on Facebook pages and Twitter accounts. They’ve even gone to the airport to deliver lost luggage. “It’s not like I look forward to people losing items, but I look forward to connecting them back with them.” Garry says.

The day I get my Kindle back, I find a wallet on the train—the first time I’ve ever found something left behind. I give it to the conductor. Some people might call that coming full circle. I just call it a round trip.

This story originally appeared in the September 2013 issue of Philadelphia magazine.

Scenes from SEPTA's Lost and Found 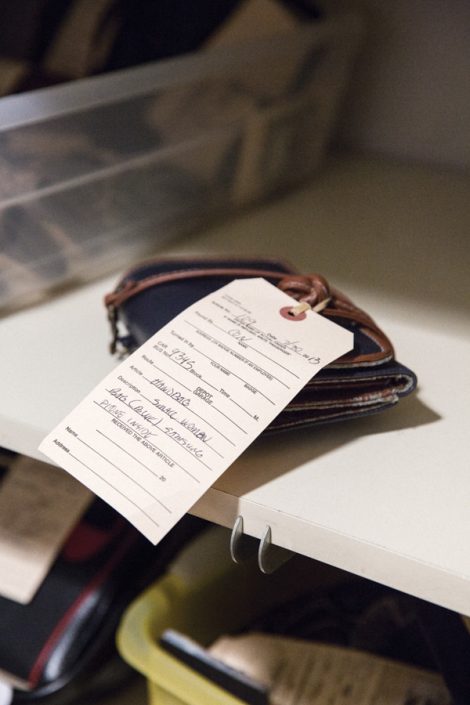 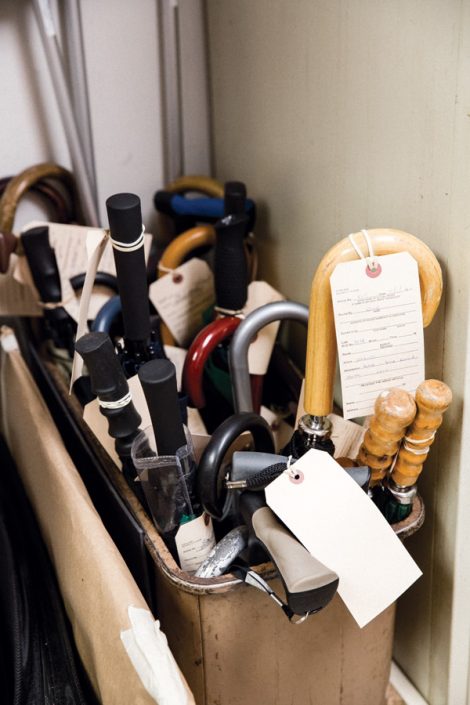 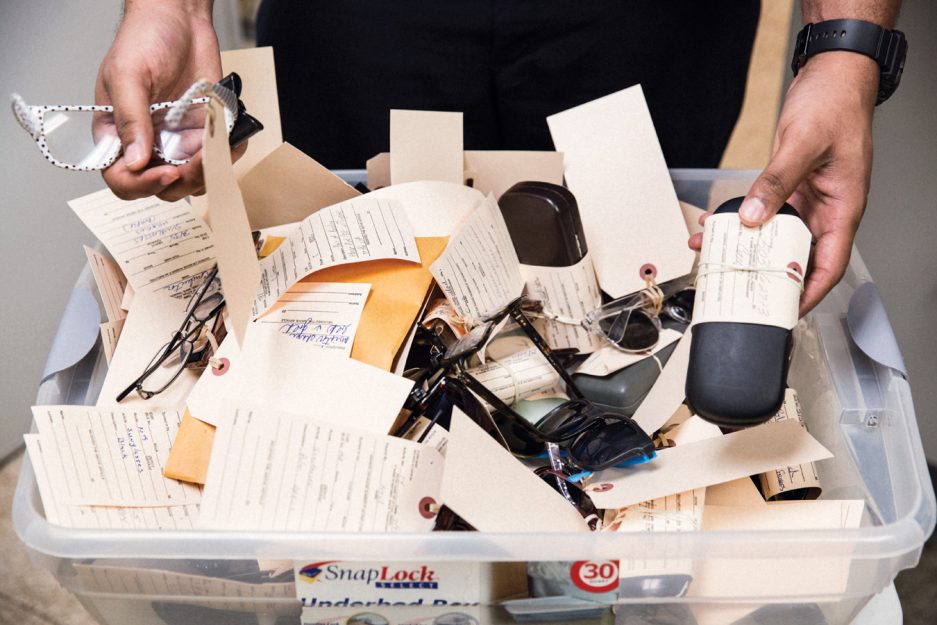 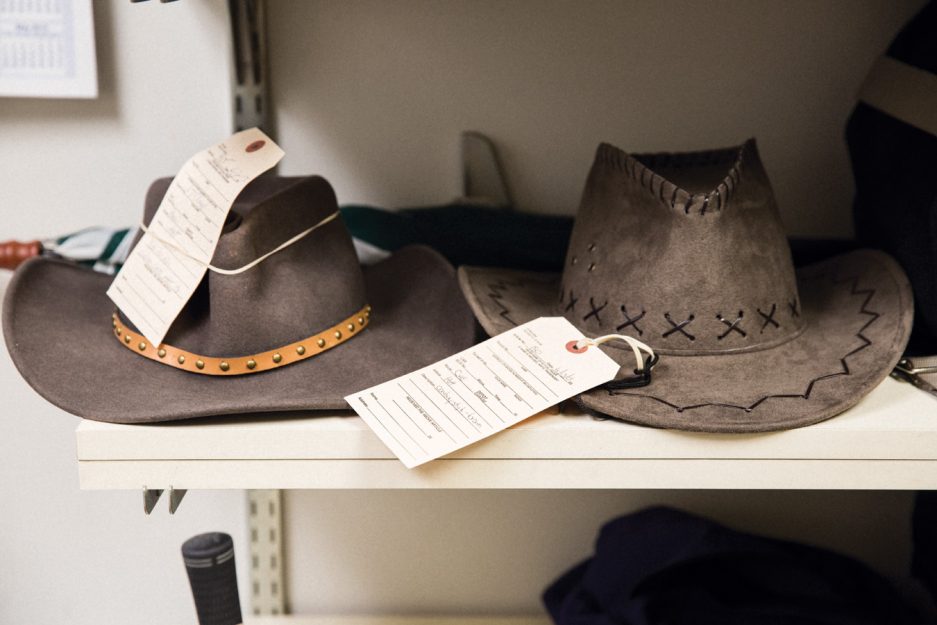 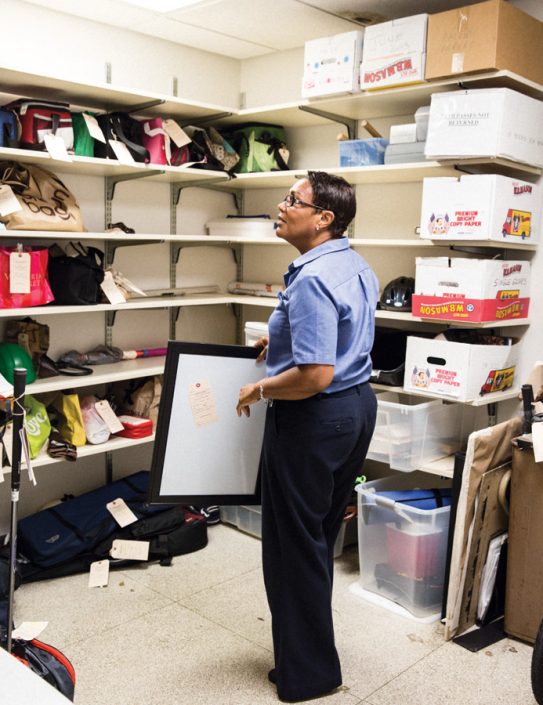