Philly’s COVID Vaccinations Could Begin as Early as Next Week

Health commissioner Tom Farley says the first rounds of COVID-19 vaccine will be allocated to health-care workers. But with doses scarce for now, even they might not all be vaccinated by the end of the year. 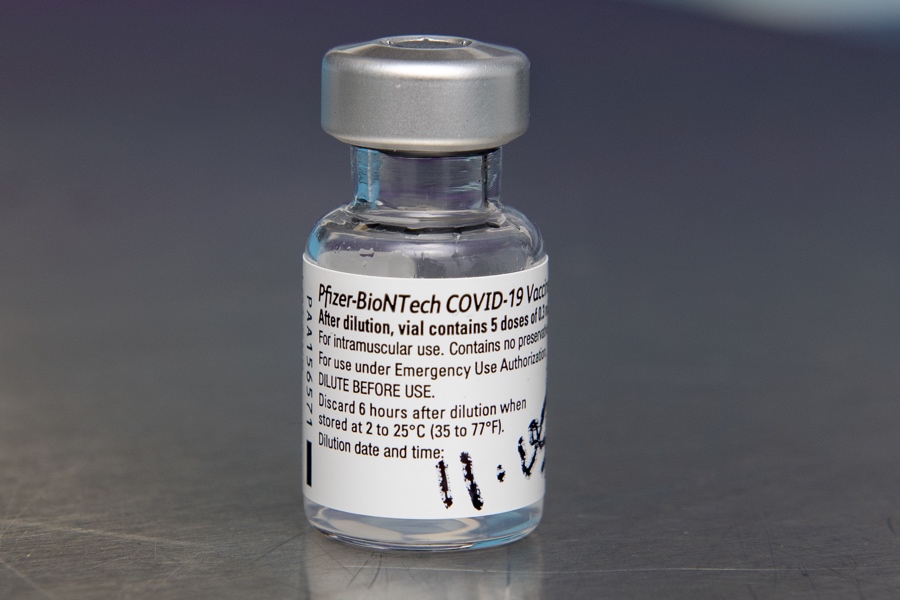 Usually, the weekly press conference held by Mayor Jim Kenney and health commissioner Tom Farley on the state of coronavirus in Philly is full of gloomy news. Tuesday felt like no exception: 1,408 new confirmed cases of COVID-19 and 52 deaths.

But Farley concluded his update on an optimistic note: A vaccine is right around the corner. Really right around the corner. On Thursday, an FDA committee will meet to consider approving the first vaccine, produced by Pfizer. If they do approve it, the city could begin vaccinations as early as next week. The other promising vaccine candidate, made by biotech company Moderna, could be available in Philly the following week, Farley said.

Right now, there are many more people to vaccinate than there are vaccine doses, which means Philadelphia, along with the rest of the world, has been in the midst of an epidemiological and bioethical calculus of whom to vaccinate first. “The vaccine needs to be distributed to groups at highest risk for acquiring the disease and highest risk for complications of disease,” says Drexel epidemiologist Neal Goldstein. “What we’ve seen so far, based on epidemiology of individuals who are getting sick, is that a lot comes down to occupational risk and your co-morbidities, as well as age.”

That’s more or less the scientific consensus, although the question of whether to first vaccinate essential workers or high-risk citizens is a thorny one. The City of Philadelphia’s three-phase hierarchy of vaccination prioritizes the former.

In phase one, health-care workers will receive the first doses of the vaccine, followed by an as-yet-undefined group called “critical workforce,” which is to say the most essential of essential workers, who have frequent contact with other people through their work.

In phase two, other essential workers with less danger of COVID-19 exposure, along with high-risk individuals, will be vaccinated.

Phase three is for everyone else.

How long will it take for the city to make its way through the respective phases? On Tuesday, Farley said he still didn’t know how many vaccine doses the city would receive by the end of the year, though he suspected the number would be in the tens of thousands. (Both the Pfizer and Moderna vaccines require two doses, administered a few weeks apart.) The population of the entire city of Philadelphia is more than 1.5 million.

The other question the city has yet to resolve is who exactly will be included in that phase-one group of “critical workforce.” The health department will decide, and that decision will have significant trickle-down impacts. Philly public schools, for instance, have been closed for the entire academic year, in part because teachers have been worried about exposure and poor ventilation in district buildings. That fear could be allayed with mass vaccination — something Farley suggested could end up happening sooner rather than later. “If they are teachers who are actively teaching, then it would make sense that they would be in that [critical worker] group,” he said Tuesday.

Mayor Kenney was asked about the city’s prisons — which have been a significant locus of coronavirus transmission and are currently in the midst of an outbreak, with at least 150 inmates sick — and whether the city’s inmate population would be receiving vaccination in the first tier, alongside health-care and essential workers. He declined to commit one way or the other. “They are a priority for us,” he said. “They’re not the same as an ICU nurse, but they do have a priority from our perspective.”

Police, firefighters, and SEPTA transit operators would seem to be likely candidates to slot into the phase-one group along with health-care workers. According to the Bureau of Labor Statistics, there are more than 58,000 people employed in hospitals in Philadelphia, and that doesn’t account for those who work in other facilities like nursing homes. The Philadelphia school district alone has more than 20,000 employees. (Not all 20,000 work in schools, but then, that number doesn’t include those working in charter or private schools.) There are more than 4,200 inmates currently in Philadelphia prisons. There are more than 6,000 police officers. Deputy heath commissioner Caroline Johnson recently estimated that there could be as many as 125,000 workers in the phase-one group alone.

Federal officials have estimated that they could begin vaccinating between 25 million and 30 million people each month starting next year. But the U.S. opted to order only 100 million doses of the Pfizer vaccine, enough for 50 million people, and there are doubts about further supply: The pharmaceutical company said this week that it may not be able to fulfill additional orders for the U.S. until the summer due to its obligations to other countries. Other pharmaceutical companies developing vaccines are still in or approaching late-stage clinical trials.

Which means that for now, apart from health-care and essential workers, the wait continues.