Here’s Where to Eat and Drink on St. Patrick’s Day in Philadelphia

Sláinte! These restaurants and bars will get you in the Irish spirit. 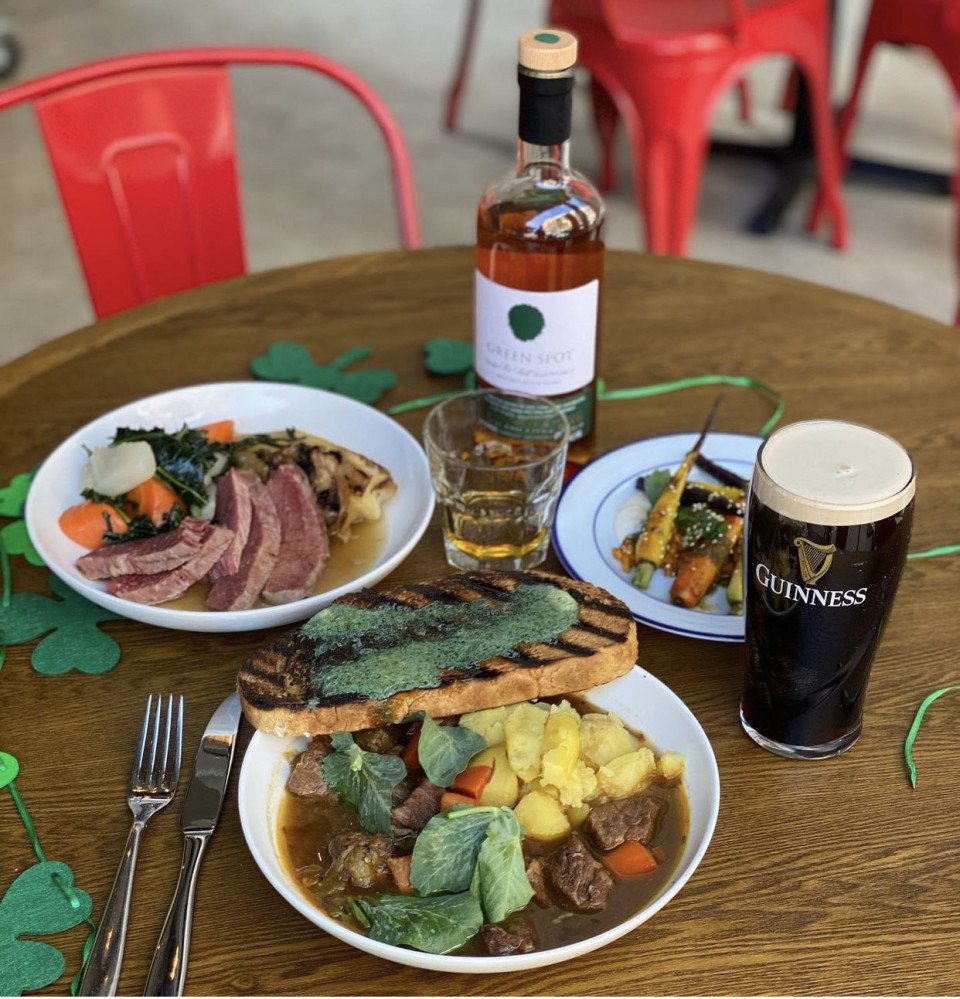 St. Patrick’s Day is going to be a big one this time around: The city’s parade is back after a two-year COVID hiatus that included the cancellation of the shindig’s 250th anniversary back in 2020. This year, the St. Patrick’s Day Parade is set for Sunday, March 13th, just ahead of the actual holiday. (In case you needed a reminder, that’s on March 17th.) But that just gives the people who like to celebrate such things more excuse to partake in Irish-themed festivities. Whether you want to watch the parade, nibble on some soda bread, or are simply looking for an excuse to get your drink on, these restaurants will ensure it’s your lucky day.

Bridget Foy’s
Bridget Foy’s will be offering food and drink specials all week — not to mention live music on Sunday, March 13th. On Wednesday, March 16th, and Thursday, March 17th, sit down for a dinner of corned beef or Guinness beef stew with soda bread, and sample drink specials including a flight of Irish whiskey. Finish it off with a slice of Bailey’s-infused chocolate cake.

Fadó Irish Pub
It’s cheesy, yes. But St. Patrick’s Day isn’t exactly about subtlety. Head here on Saturday, March 12th, for “St. Practice Day,” during which they’ll be serving up $4 mimosas until 3 p.m. and showing soccer and rugby all day. They’ll open early Sunday for the parade and, on the real holiday, they’ll have a DJ and drink specials.

Cawley’s Irish Pub
Delco is a hotbed of Irish pride, and Cawley’s is an actually good Irish pub that serves great ham and cabbage every Tuesday. They’ll offer it as a special on St. Patrick’s Day as well — if you’re looking for a more low-key but still delicious way to celebrate.

Tír Na nÓg
Located close to where the parade will start on Sunday, Tir Na Nog is a great place to grab brunch and enjoy the festivities. They’ll also have live music pumping all weekend.

Fergie’s
Fergie’s is Philadelphia’s favorite Irish pub, and though you never need an excuse to go there, St. Patrick’s is certainly a helpful reminder that it’s always a good time. They’ll be hosting live music on Saturday, March 12th, and it’s sure to get rowdy.

Finn McCool’s
Look, there aren’t a lot of other holidays where the main activity is eating, drinking, and wearing as many green things as possible, so we appreciate that Finn McCool’s is leaning in by turning all of their light beers green on March 12th.

McGillin’s Old Ale House
McGillin’s is kind of a whole thing because it’s so freaking old, and it likes to make sure you know that. But it’s also very fun, and it likes you to know that, too. Expect Irish stouts, bangers and mash, Irish lamb stew, corned beef and other themed foods for the entire week of St. Patrick’s.

Garage Passyunk
It’s hardly an Irish bar, but the Garage is always a good time, which is all that really matters here. Go for $4 Murphy’s Irish Stout drafts and $5 shots of Jameson. A live DJ will be on hand from 10 p.m. to 2 a.m. on St. Patrick’s Day.