Large-Format, Shareable Cocktails to Get the Party Started

Try one of these eight restaurants for everything from margs to scorpion bowls. 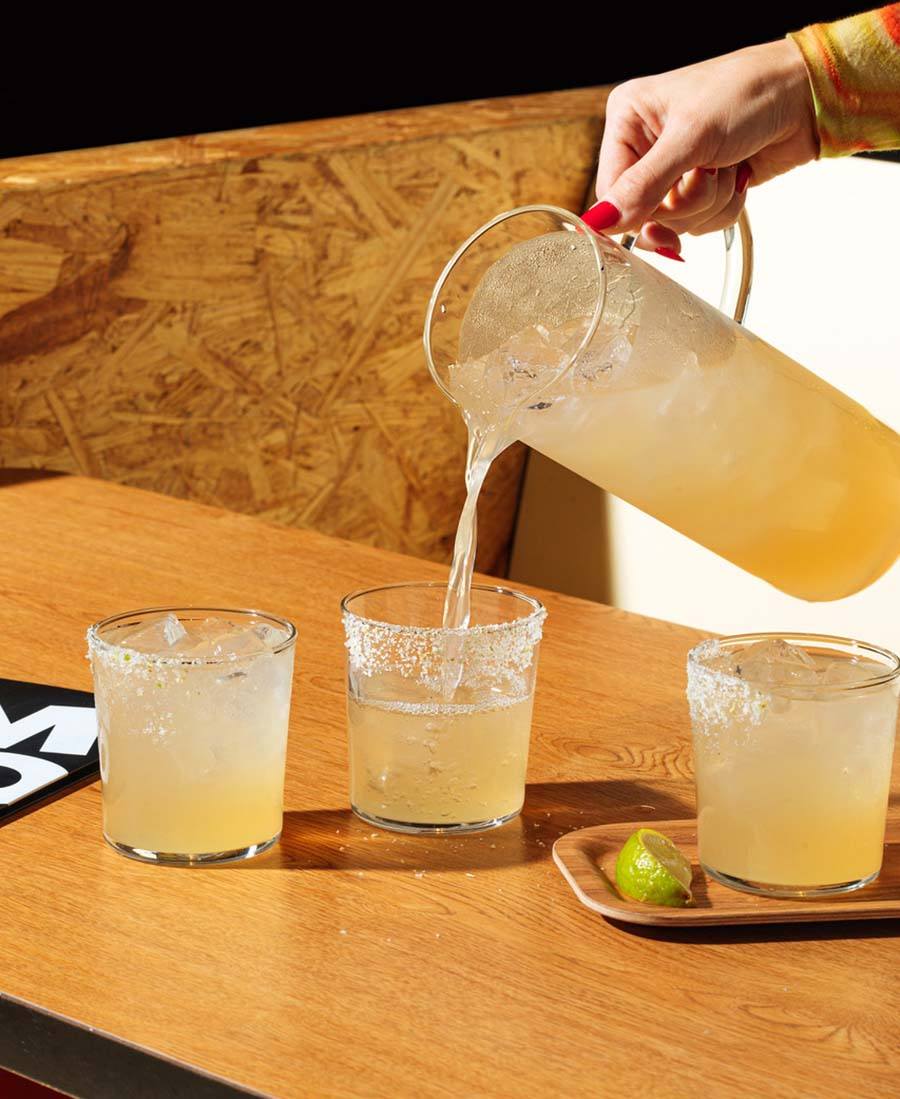 Here’s our list of large-format cocktails to try in Philly. LMNO photo courtesy the restaurant

On a recent night out, my friends and I decided to skip individual drinks in lieu of large-format cocktails. The drink, which we shared among four people for two rounds, felt celebratory and over-the-top in a way that made the whole evening seem more like an event. That’s the effect of an extra-large libation split among friends: Even if it’s functionally pretty much the same as a couple rounds of sips, sharing feels communal, generous and like the opposite of sitting at home drinking a glass of wine alone like we’ve been doing for the last two years. So, if you’re ready to kick off your night out with something supersized, here are a few spots whose large-format cocktails are big — and boozy.

Sonny’s Cocktail Joint, South Street
When it comes to presentation, Sonny’s wins the day. They offer two classic cocktails — a Negroni and an old fashioned — both served in a crystal decanter with as many (or as few) glasses as you’d like. The Negroni runs $70, while the old fashioned is $64, and both serve six generously.

Pistola’s Del Sur, East Passyunk
The O.G. of shared cocktails is the margarita pitcher, obvi. Pistola’s does all of their margs — classic, blackberry, strawberry, diablo, mango and mezcal — as a pitcher, which gets you a slightly better deal. It also saves you precious time at the bar, which can get quite crowded.

LMNO, Fishtown
Cocktails by the pitcher save you a dollar per drink at LMNO, which offers four of their signature sips as four-person servings. Choose a frozen red sangria, a spicy frozen mango margarita, a class marg, or a spritz made with rose vermouth, pomegranate, grapefruit, rosemary and lime. Rather than $14 for each cocktail, a pitcher will run you $52 total.

El Vez, Center City
El Vez gets it. They know that people are going there to eat lots of nachos and drink a little too much — and their signature cocktails come in pitchers accordingly. Highlights include a frozen blood orange margarita, a pineapple-canela (cinnamon) cocktail with tequila, pineapple and lime, and their “Knockout” margarita, made with vodka. 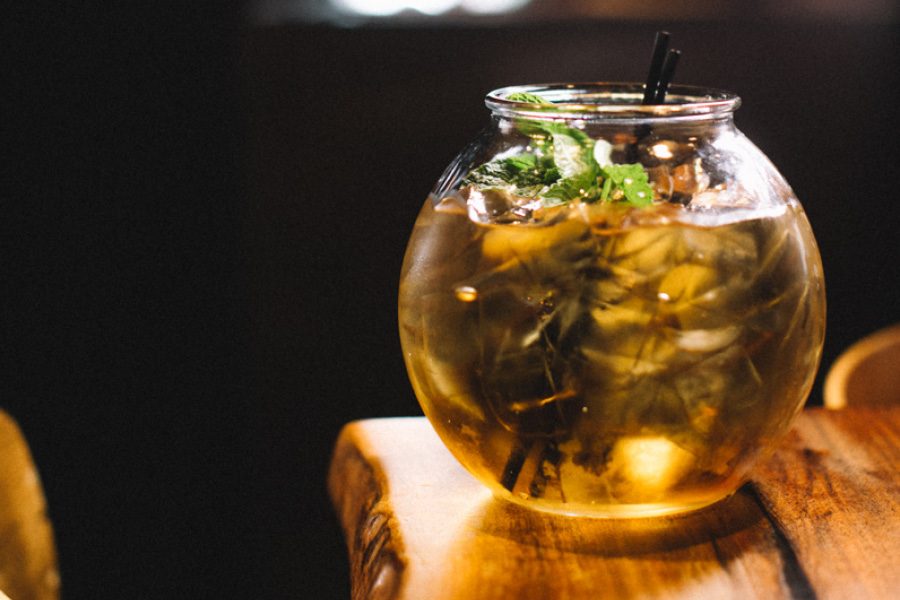 Sampan, Center City
Sampan does $25 scorpion bowls during happy hour, and the result is exactly as chaotic as it sounds. They’re each about the size of a bottle of wine. The ingredients: liquor (take your pick of tequila, rum or vodka), wine and fruit juice. And they’re served in a literal fishbowl with several straws. Honestly, we’re still trying to decide if this is a favor or disservice to the people of Philadelphia.

Emmy Squared, Queen Village
The fact that Emmy Squared has a rooftop where you can share a large bowl of punch with your friends while soaking in the sunshine and then ordering some of the best (waffle!) fries in the city is an extremely well-kept secret — in my opinion. The Punch Bowl, as they call it, is made with hibiscus tequila, mint, pineapple and lemon. It’s an excellent deal, too: For 40 bucks, you get a drink that serves six.

The Dandelion, Rittenhouse
The Dandelion doesn’t really feel like the type of place that would do a lot of large drinks. But, in fact, they offer three. There’s the Jungle Lion, made with tequila, Aperol, St. Germain and pineapple; the Basil Punnet, with vodka, strawberry, basil and honey; and the Rose Mimosa, with sparkling wine, rose water and raspberry. They’re all at your service for an afternoon spent sipping by the upstairs fireplace.

Barcelona Wine Bar, East Passyunk
Are bottles of wine the original shared cocktail? There’s certainly an argument to be made, but if you’re looking for an actual cocktail, go for Barcelona’s Guns & Rosés. It’s crafted with sparking rosé, Lillet rosé, peach vodka, lemon and bitters. They also do a potent red or white sangria with citrus-infused dark rum that will definitely knock you off your feet.