Where to Find Great Barbecue in Philadelphia

Because of a recent influx of BBQ pit-masters, there's never been a better time to eat brisket, pulled pork, and burnt ends in Philadelphia. 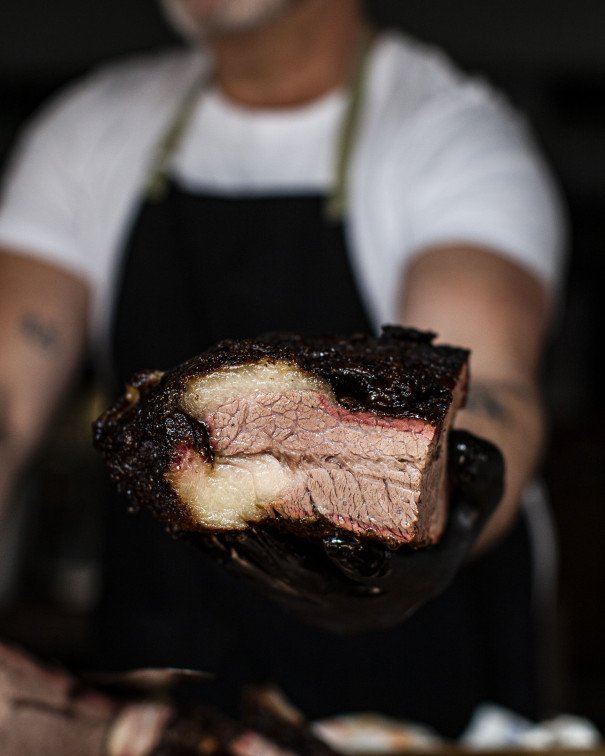 Photo courtesy of The Lucky Well

No longer do Philadelphians have to trek South to eat good barbecue: An influx of barbecue spots in the city and surrounding suburbs have given us a wide variety of choice when it comes to the glorious world of smoked meat. Where we were once perhaps stunted by the lack of specific barbecue culture, we’re now improved by it: The lack of dedication to a single style allows the city’s barbecue-makers to put their own spin on the classics. These are our favorite spots.

Zig Zag BBQ, Fishtown
Zig Zag does a barbecue style all its own — a little Texas, a little Tex-Mex, and a little stoner snack vibes. Try the brisket by the pound or order a half chicken coated in sesame seeds seeds and silk chili with a side of queso macaroni and cheese.

Fette Sau, Fishtown
Fette Sau is Stephen Starr’s barbecue spot in Fishtown. The meat can be a little inconsistent, but when it’s good, it’s good. Head there for game days or when you want to spend an afternoon drinking beer at a picnic table and feeling like you’re anywhere but here.

North by Texas, pop-ups
At his weekly pop-ups operated out of Cadence Restaurant, R. Scott Hanson is doing some of the most interesting barbecue in the city. The menu is anchored by the brisket (Texas-style, as the name would suggest) but he branches out into smoked chicken and carnitas tacos, kielbasa, and even nachos. I haven’t stopped thinking about the rich, smoky ranch-style beans with Spanish-rice since I snagged it a few months ago.

BBQ Unlimited, Old City
Ribs are the name of the game at this new spot in Old City that opened mid-pandemic as a ghost kitchen and is now in the process of setting up in-person dining at their new location.

Wilson’s Secret Sauce, Upper Darby
You’ll smell the smoke the minute you walk into Wilson’s. Their smokers are loaded with chicken, brisket, pork, and ribs, and they’ve got the added bonus of a large number of vegetarian options for the meatless eaters in the family.

Dibb’s BBQ, Overbrook Park
Dibb’s is a classic neighborhood joint serving platters, sandwiches, and meat by the pound. This is the perfect spot to feed a family: try a couple of half chickens, or a slab or two of dry-rubbed ribs.

Big Bad Wolf BBQ, Aston
Big Bad Wolf has all the classics, but their speciality is the pork belly bites. Slow-smoked, cubed, fried, and drenched in a sweet and spicy sauce, they’re not classic by any standard but they are absolutely addictive.

Mike’s BBQ, East Passyunk
Michael Strauss’ South Philly favorite is known for Texas-style brisket, smoked for at least nine hours, then rested for about four hours. Pros know to ask for the “burnt ends” (the juicy, flavor-packed tail end of the brisket).

Sweet Lucy’s Smokehouse, Northeast Philly
Sweet Lucy’s is one of those places that has been a Philly staple for years, where families go week after week for their fix of the most expert ribs, brisket, pulled pork, macaroni and cheese, and rotisserie chicken in the region.

The Lucky Well, Spring Arts
Chad Rosenthal’s Memphis-leaning, hickory-smoked St. Louis pork ribs sit for two days in a dry rub made from a proprietary blend of 15 spices, then are smoked for four hours, painted with just a bit of BBQ sauce (“for a little caramelization”), and finished on a charcoal grill.