Ask a Bartender: What’s Amaro and Where Should I Be Drinking it in Philly?

A 101 lesson on this deliciously bitter liqueur, plus the Philly bars and restaurants serving exciting selections. 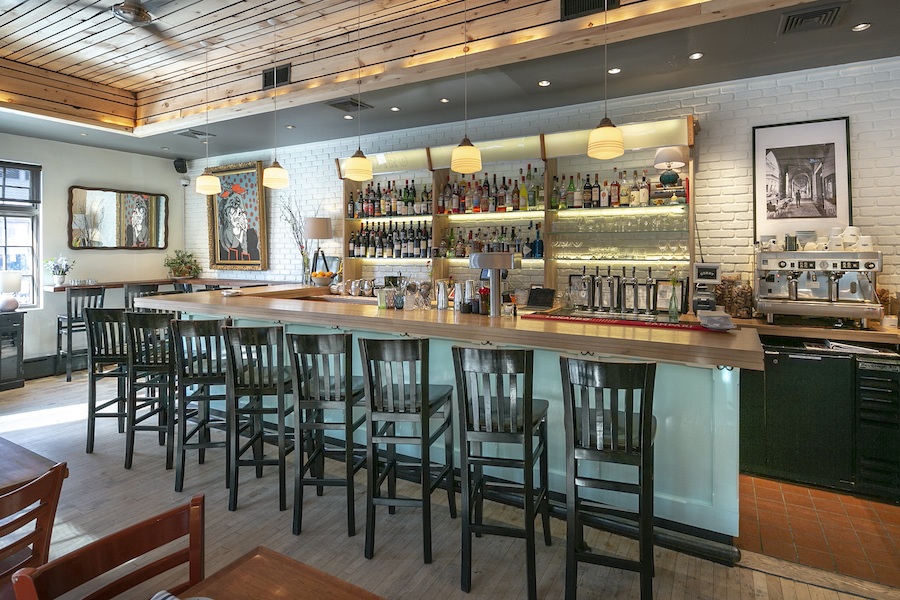 The bar staff at Crybaby Pasta provide an immersive and educational amaro experience, no matter what kind of drinker you are. / Photograph by Drew Callaghan

Pete Adams is the tasting room manager at Manatawny Still Works. He’s seen Philly’s cocktail scene up close, and wants to help you find your own path to booze nerdom (or at least enjoy your drinks a little more). Here’s what he has to say about amaro.

Amaro is one of those mysterious booze categories that many drinkers miss while touring the shelves of their liquor stores. What is it? Why are the bottles named like species of obscure flowers? Why can’t most people give you a straight answer to amaro-related questions? As it turns out, you don’t need to be a professional to navigate the world of amari, and it’s not all that complicated. I’m a bartender, and I’m here to give you a crash course.

Now that you’ve got a sense of what amaro is, here are some of Philadelphia’s greatest hits as far as serving it goes.

Where to Drink Amaro in Philadelphia

Crybaby Pasta
Crybaby Pasta offers amaro flights, as well as a constantly flowing back bar stocked with the tried-and-true stuff, and out-there bottles that will challenge what you think you know about liquor. They have a rotating selection of accessibly priced options (pours I’ve tried here were priced around 10 or 12 bucks), coupled with a laid-back bar environment and a knowledgable and friendly bar staff. Say hi to Sam, Guy and KK when you go in — they’ll provide an immersive and educational amaro experience in ways that most other Philly spots don’t. Ask about the history behind the bottles they serve, and chances are your bartender cannot wait to share their knowledge with you. Especially since most amari are made using proprietary family recipes that have been passed down through generations. In many of these recipes, there’s no corporate intervention or corner-cutting: just one consistent way to make these spirits, each with their own stories. Ask your bartender what Sfumato is, or ask to try one of their favorite fernets. 627 South 3rd Street. 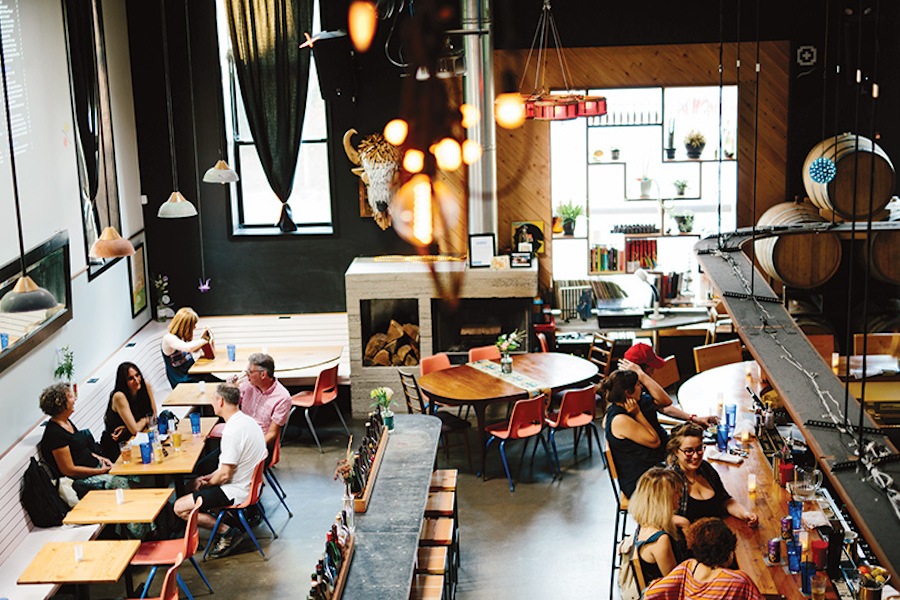 Martha
If you want a true taste of Philadelphian drinking ingenuity, go to Martha and try some amaro. In addition to having a small-yet-comprehensive collection of bottles on their back bar, the talented staff at Martha make their own amaro. Right now, Martha has three house-made amari to sample if you find yourself in their neck of the woods. The bar program at Martha focuses on locally sourced ingredients, so it only makes sense that their house amaro utilizes sweet potatoes and bitter herbs sourced from Green Meadow Farm. This amaro is proofed using apple brandy made by Eight Oaks Farms Distillery, which is based in New Tripoli, PA. As for the other two varieties made at Martha, bartender Nik Shumer-Decker built out the recipe for an amaro made with wasabi and ginger, and there’s another made with Caribbean flavors, utilizing warm spices and scotch-bonnet peppers. 2113 East York Street.

Messina Social Club
This South Philly social club roots its cocktail menu in drinks that incorporate fortified wines, vermouth, sherry, and amari (try the “Resume Gap” and “Fast Fashion” cocktails to see what I mean). But if you’d rather try something straight, there are plenty of options. Mike, a.k.a. Handsome Mike, will guide you through anything you might need to know about their selection. Although there are no bad options in this carefully crafted bottle list, I recommend going for a pour of the Antica Torino Amaro della Sacra to pair with their peach pound cake (please read this sentence out loud, it’s fun to say). If you’re not much interested in sweets, chase their chilled rye gnocchi sardi with a pour of Argala Alpino, and spend some time nerding out with your fellow bar patrons when someone inevitably asks, “What’s in your glass?” Head’s up: You need a membership to get inside (or a member can invite as a guest), but these aren’t exclusive or hard to get by any means. Inquire about yours by emailing memberinfo@messinasocialclub.com. 1533 South 10th Street.

Middle Child Clubhouse
Although Middle Child Clubhouse’s bar has a wide selection of amaro, one particular menu item makes this place stand out as one of the premier destinations to drink amari in Philly. For just $6, you can try a pour of “Trash Can Amaro,” the brainchild of legendary Philadelphia beverage person and Clubhouse ringleader Brandon Thrash. Essentially, this drink is a blend of amari and fortified wines like vermouth and sherry that’s adjusted on a regular basis (like an “infinity bottle,” to those familiar with the concept). The flavor profile of the Trash Can Amaro is ever-changing, but usually reflects the cocktail menu at the time. 1232 North Front Street. 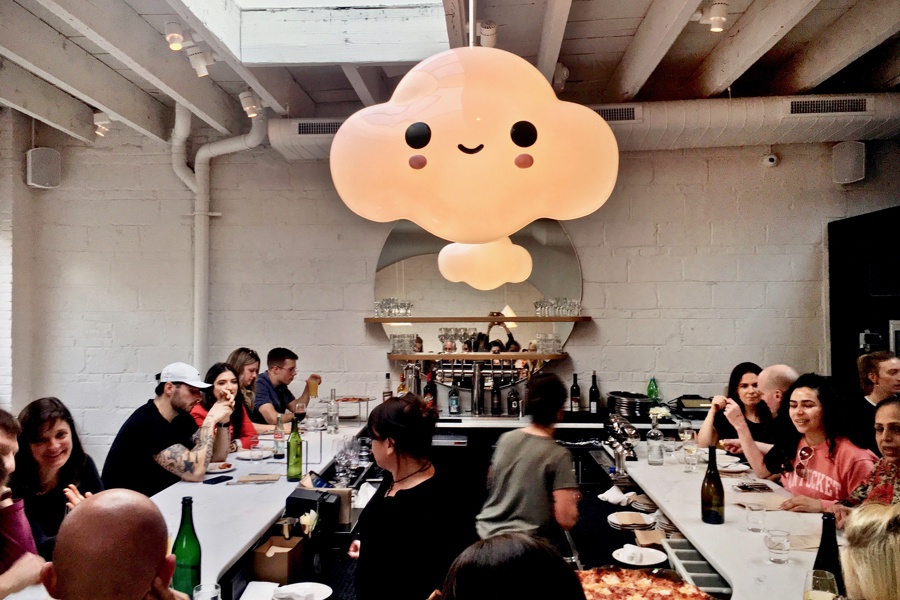 The bar at Pizzeria Beddia / Photograph by Gina Tomaine

Pizzeria Beddia
Pizzeria Beddia teamed up with 1-900-ICE-CREAM to create a dessert that defies most conventions about each ingredient. The dish in question is amaro-topped soft serve (which we lovingly refer to as an “amari-gato”). Envision a traditional affogato — rich gelato or soft serve drowned by a couple of ounces of hot espresso — but, instead of espresso, add your favorite amaro instead. The result is a bitter, cool and satisfying experience that seems so simple from the outside but deftly showcases the complexity that amaro can bring. We recommend you try out this dessert with Amaro Averna if you’re going at it for the first time. But, if you want to get a little wacky, try out Varnelli Caffe Moka — made by infusing espresso with grain alcohol and honey — for a flavor that will stick in your memory for a long time. 1313 North Lee Street.

Giuseppe and Sons
Have you ever wanted to taste the actual, original recipe for Campari solidified in the 1970s? Giuseppe and Sons has you covered. As vintage bottle hunting becomes more mainstream, G+S stands ahead of the curve with their vintage selection of amari and aperitivi. (This Rittenhouse Italian restaurant is undergoing a massive overhaul of its bar program right freaking now. Fear not, valued imbiber: All changes are happening while the place stays open, so you can taste along with the times.) G+S prides themselves on being an establishment dedicated to the old-world Italian style of eating in three stages: dinner, espresso, amaro. Please follow this formula while you’re here — you will not regret it. Opt for a pour of their Alpestre of Carmagnola if you’ve got enough change in your pocket. Oh, and definitely don’t pass on their exceptional selection of grappa — a digestief made from the waste products left over from the winemaking process. 1523 Sansom Street.

Irwin’s
After the sun sets on the rooftop of this Sicilian restaurant, and only the bones of the agrodolce chicken remain on your plate, your server will drop a tiny dessert menu on your table along with a list of amari to select from. If you have the opportunity to talk through the menu with someone on staff, you should take them up on whatever they suggest. After all, they are professionals. Otherwise I’d recommend trying some Amaro Antica Noveis or a pour of the Amaro Nonino to feel like you’re properly digesting your dinner. If you’d rather have a little pick-me-up, their espresso martini is made with a blend of amari to emulate the traditional Italian ritual of espresso and amaro wrapped into a nice little package. If you’re really lucky, bar manager Michael Lancaster might even pour you some of his house-made limoncello (provided they have any left). 800 Mifflin Street.

Ranstead Room
This is one of Philadelphia’s ultimate drinking establishments. For those of you who haven’t been, Ranstead Room is a small, speakeasy-style bar tucked behind El Rey in Rittenhouse and it’s home to some of the most knowledgeable and skilled bartenders in the city. We could go on all day about the selection they have on their back bar, but we’re not just here for that. They play the hits, certainly, but they also have a few things that will stimulate the cocktail nerds who stumble in. There’s a cocktail on their menu called “Very VIP” that was crafted by esteemed Philadelphia bartender Mary Wood. It contains Amaro Sibona, a whopping three-quarter-ounce of Peychaud’s bitters, lemon, mango, habanero, and banana. Mary has personally described this drink as “an identity crisis in a glass” (trust me, this is not a bad thing). It’s bitter, tropical, herbal, spicy, and refreshing all at once. This cocktail is truly one of the best amaro-based beverages in the city. Don’t miss it. You can catch Mary on Friday nights at the Ranstead Room, assuming you can find a seat. 2013 Ranstead Street. 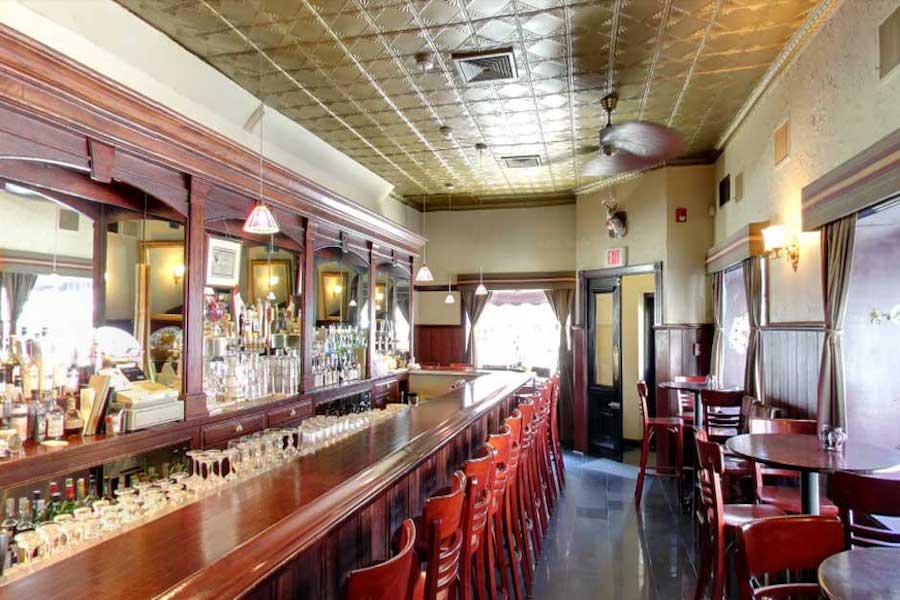 The bar at Southwark in Queen Village / Photograph courtesy of Southwark

Southwark
If you’re looking for a place to nerd out with a bartender who just blew the dust off of a bottle before they served you, Southwark in Queen Village is the place to go. Not only do they have an incredibly knowledgeable staff who’d be happy to guide any drinker through their amaro list, Southwark also offers a seasonally rotating amaro flight. If you talk to Southwark’s Sterling Melcher, he might push you towards the Varnelli Amaro Dell’erborista — an unfiltered amaro with alpine bitter woodsiness with a touch of honey sweetness. He prefers to drink that on its own or pair it with an order of Southwark’s cornbread pudding. The bar even holds onto some “secret” bottles of amari that are specifically poured to pair with their tasting menu served in their sister kitchen, Ambra. (FYI, the chef’s counter at Ambra is now open for reservations. Their dining room will be opening soon.) They don’t crack those bottles for all occasions, so you know you’re really in for something special when someone struts excitedly up to your table with amari you’ve never seen. 701 South 4th Street.

Where to Buy Amaro in Philly

If you want to build your own personal amaro collection, check out the 9th Street Bottle Shop in the Italian Market, Tiny’s Bottle Shop in Port Richmond, and Bloomsday Cafe near Head House Square. All of these places staff trusted professionals who will not steer you in the wrong direction. Don’t be nervous, trying new things is supposed to be fun.