Richard and Mengistu Koilor of Two Locals are changing the centuries-old perception of brewers in Philadelphia, one ale at a time. 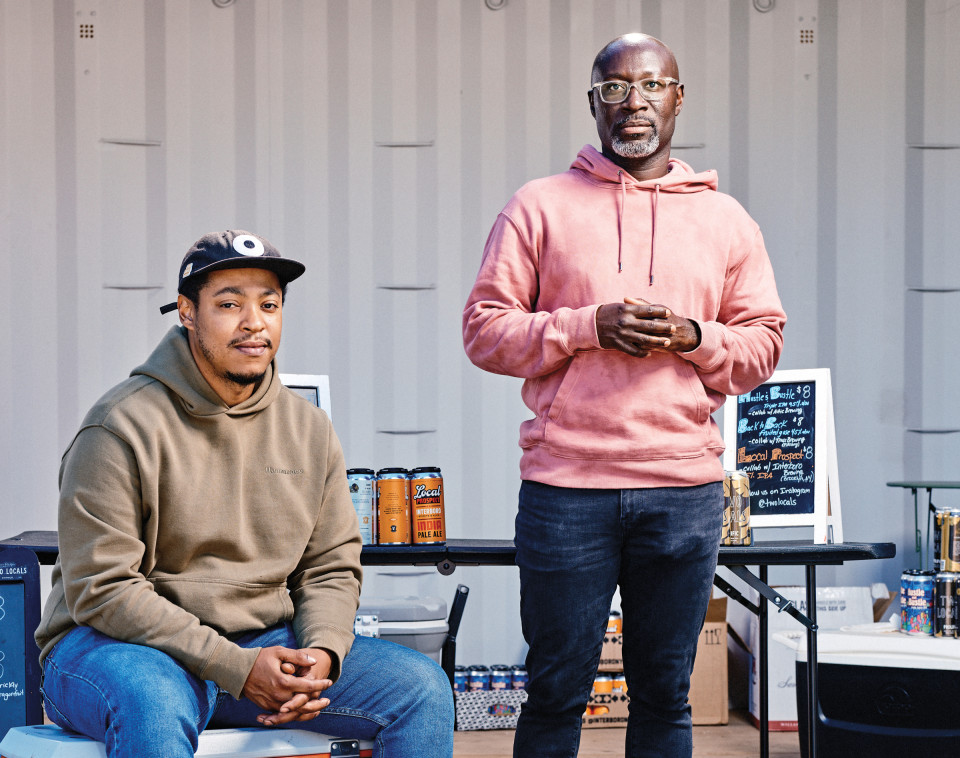 When brothers Richard and Mengistu Koilor were growing up in West Philly, they lived just down the street from Dock Street Brewery, the vanguard of the city’s brewing scene. Now, 30 years later, they’re crafting their own brewing milestone for Philadelphia as they prepare to open the doors of the first Black-owned brewery in town. “I never thought about brewing beer growing up because I never saw Black people doing it, but we were always drinking it,” Richard says. “We want to show our community that there is a space for us in the beer industry.”

The duo started out as home brewers in the winter of 2016. What began as a one-gallon batch eventually led them to join the Philadelphia Homebrew Club, part of the Philly Homebrew Outlet in West Philly. “At the time, we were looking at the breweries in Philly and didn’t see Philly truly represented,” Richard says. “We are born and raised here. We are literally two local guys brewing beer in the city that made them who they are.” He credits the city itself with inspiring Two Locals’ beer journey, as well as visits to places like Dock Street Brewery, Local 44 Bottle Shop, and the city’s beer mecca, Monk’s Café.

For the past 20 months, Two Locals has been operating as a nomadic brewery —  all of its beer is currently brewed and canned at Mainstay Independent in Northern Liberties — while raising funds for a brick-and-mortar space in University City, with a goal of opening in late summer 2023.

Two Locals’ first beer release — its Nubian brown ale, with a complex malt base that brings out flavors of medium roast coffee, toasted nuts, and a slight dark brown sugar sweetness — was originally a home-brew recipe that won a silver medal at the Philadelphia Homebrew Club Winter’s Warmers event in 2019. It’s no coincidence that the brothers selected the Nubian as the brewery’s flagship beer, Richard says: “We chose the name to represent our culture.” (Less than one percent of American craft breweries are Black-owned, according to the Brewers Association, a trade group.) Another flagship release is the cleverly named “Who You Wit?,” an easy-drinking wheat beer brewed with orange and lemon peel plus clove and coriander. It’s best with food and complements pretty much anything, from fish to soft cheeses.

When they’re not brewing at Mainstay Independent, Richard and Mengistu partner with other Pennsylvania breweries to produce special one-off releases. Along with diversifying Two Locals’ array of beers, this allows them to trade techniques — to show the mutual respect and openness to sharing knowledge among brewers that makes the American beer scene so inventive. Recent collaborators include Attic Brewing Company in Germantown and Trace Brewing in Pittsburgh.

When the new spot finally opens, it won’t just be a home base for Two Locals, but a place to celebrate Philly’s growing brewery scene at large. “Come for the diversity of not just the beer, but the brewers and artists we’ll work with,” Richard says.

Published as “Fresh-Hopped” in the November 2022 issue of Philadelphia magazine.