Parks on Tap and Old City Eats Are Back

The annual outdoor beer garden sets up at The Water Works, and Thursday nights in Old City just got more fun. 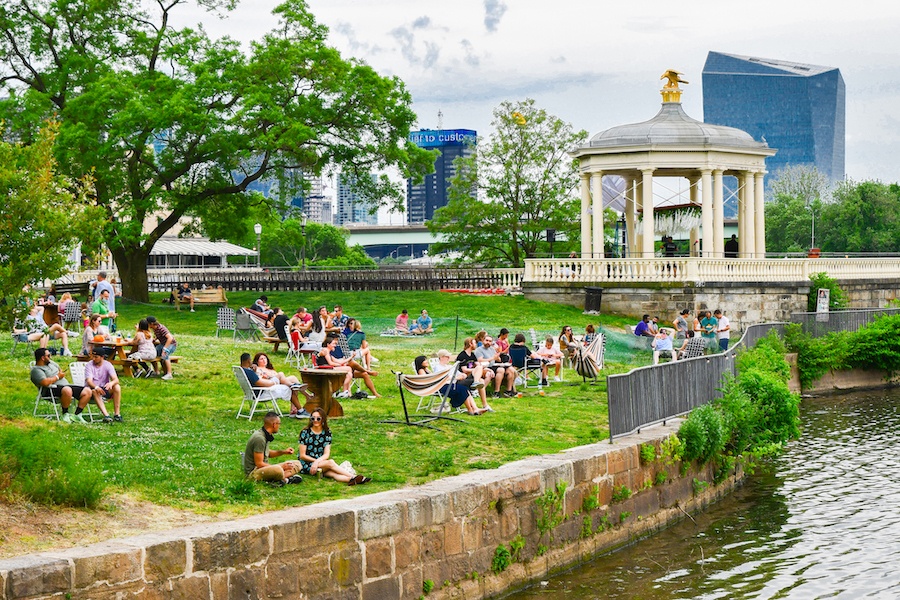 Parks on Tap will be at The Water Works until the fall. / Photograph courtesy of Parks on Tap

After this past weekend’s heat wave, it’s possible you’re ready for some outdoor drinking. You’re in luck, since there are plenty of opportunities coming up.

For starters, Parks On Tap is back, with a portion of the proceeds benefitting the Fairmount Park Conservancy as well as each park where the beer garden sets up shop. This year, they’ve got two different approaches.

On May 20th, Parks on Tap kicked off its summer-long stay outside The Water Works in Fairmount (on 640 Waterworks Drive). The Water Works beer garden will operate on Wednesdays through Fridays, 5 p.m. to 10 p.m. and from noon to 11 p.m. on the weekends. You can stop by for locally made beer, a couple of cocktails (vodka-spiked hibiscus lemonade and an orange-mango margarita), and lots of snacks — everything from soft pretzels and spicy feta dip to pulled pork sandwiches.

Then, come fall, Parks On Tap will rove around the city, setting up one-week stands at five different parks starting on September 7th. The locations will be announced in August, but you can keep track of all the details (plus a whole lot of special events planned for Water Works park) by checking in on the Parks On Tap site here. 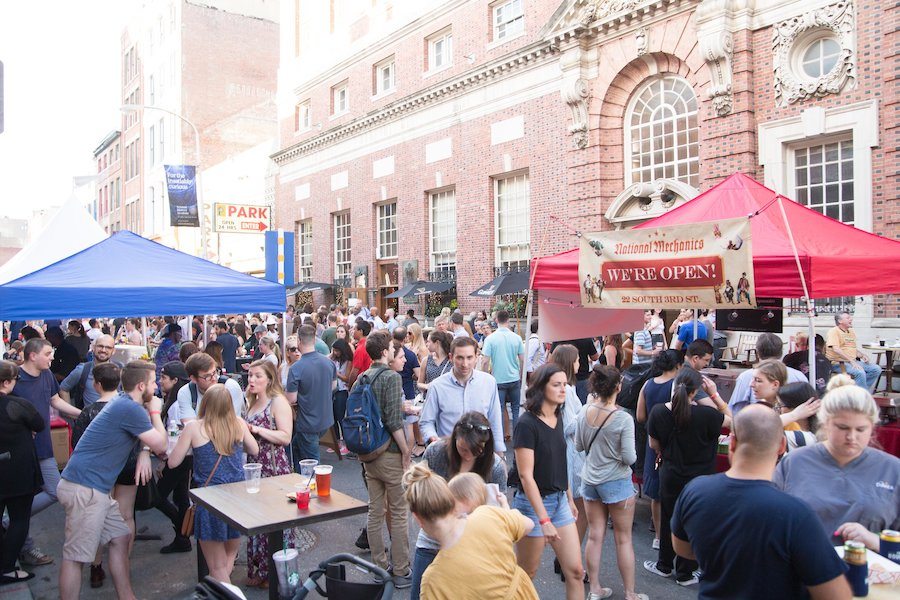 Meanwhile, over in Old City, they’re coming back with another summer of Old City Eats after a pandemic hiatus. That means every Thursday from 4 p.m. to 7 p.m., you can check out what is essentially a neighborhood-wide happy hour with discounted snacks, seasonal cocktails and cold beer at more than two dozen bars and restaurants.

Old City Eats starts their season with a big block party on 2nd Street this Thursday, May 26th. The Old City Eats party will shut down 2nd Street between Market and Chestnut, and a whole bunch of participating restaurants will be taking to the streets, offering small plates, plus cocktails and beer in the sun. The party starts at 4 p.m. and will run ‘til 9 p.m. with a dozen restaurants signed up. Expect live music, sing-alongs and dueling pianos outside the Bourse.