I Know You Rarely Travel to Fairmount for Dinner, But Trust Me on this One

Era is a dive-y sports bar on Poplar Street that serves excellent Ethiopian food. Here's why you should visit ASAP. 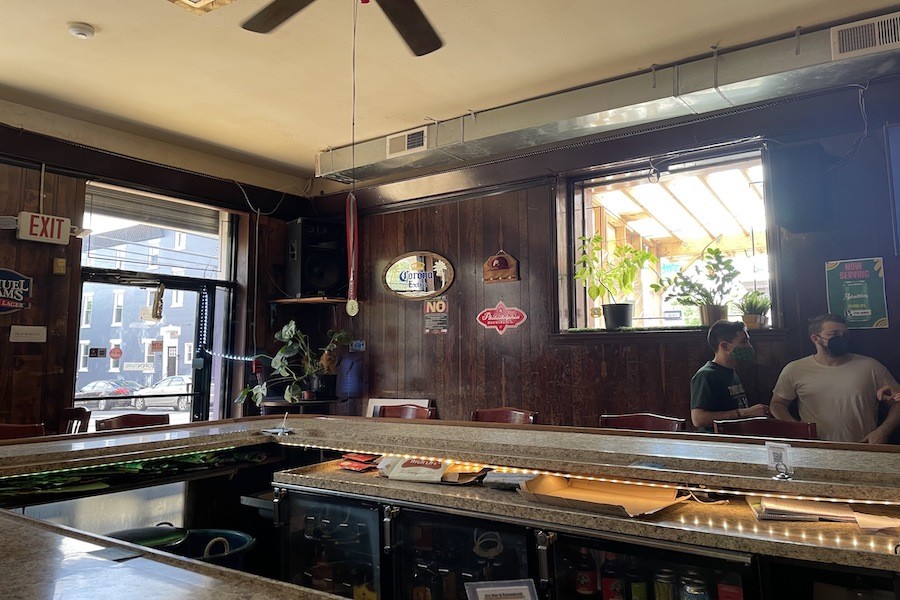 When I was growing up in Philadelphia, I split my time between Fairmount and West Philly — bopping between each parent’s home base like any child of divorce might. We had our beloved neighborhood places in Fairmount that my family would frequent. (Shout out to Zorba’s and the now-closed Rembrandt’s, which happened to be the scene of my ultra-chic bat mitzvah after party.) But it was clear even to me — a precocious, bothersome child — that most of the people who were dining in these Fairmount restaurants lived within a 10-block radius just like I did.

So when I moved back to Philly from New York City a few months ago to take a job as the food editor at this here magazine, I was adamant about finding out what on earth was happening in Fairmount right now (aside from strollers being pushed, Whole Foods, and nice museums). The more I asked around, the more I kept hearing the same thing: it’s not a hot restaurant neighborhood. “I love Fairmount with every fiber of my being but unfortunately, from a restaurant perspective, there isn’t too much going on,” a friend texted.

Which is why we all need to start fawning over Era, the long-standing spot on Poplar that has the look and je ne sais quoi of a dive bar, but serves a whole slew of Ethiopian food that you should cross the city to eat. To know Era is to love Era. Here’s why you should leave your house sometime this week and try it: 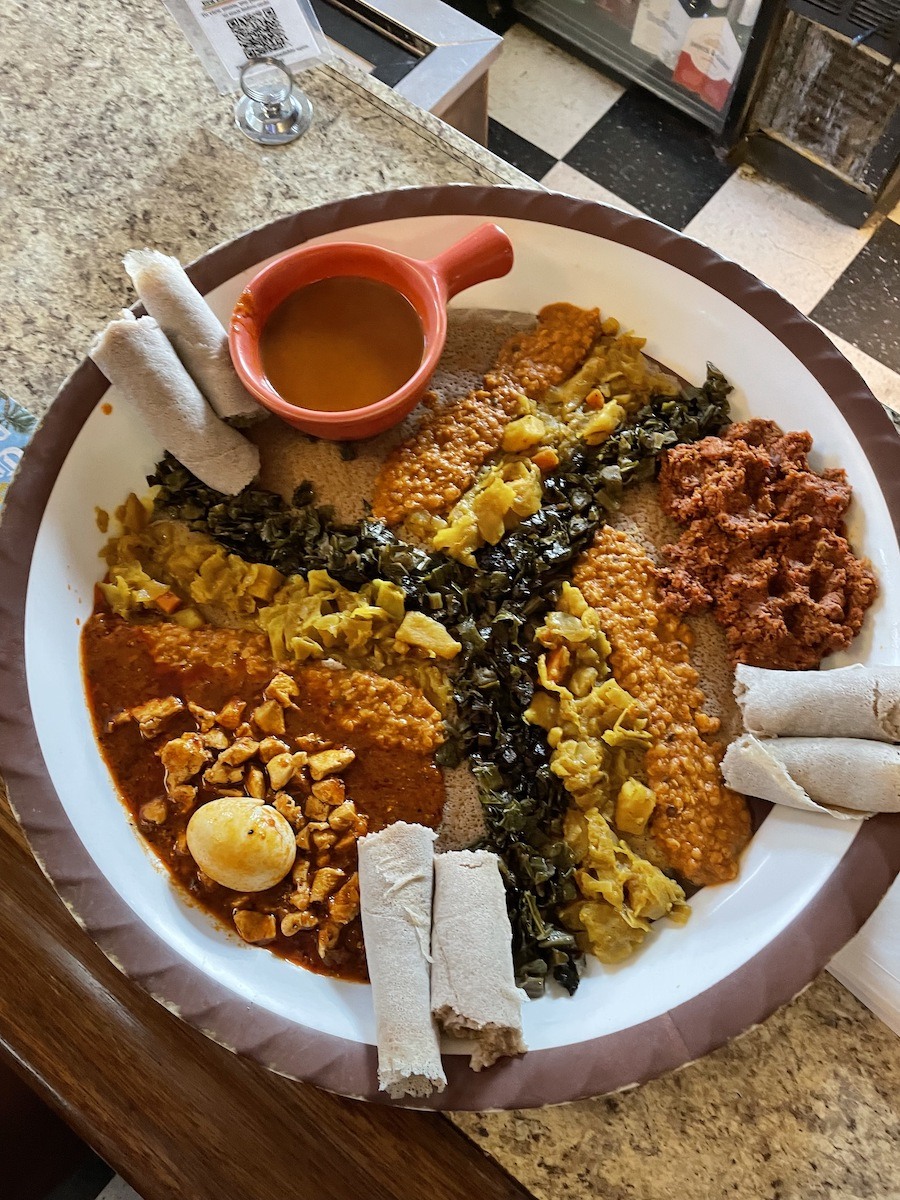 The combination platter at Era

Walk into Era on a sunny, blue-skied day, and the light from the outside world all but disappears. The point here is not to enjoy nature’s beauty. The point is to briefly join a world in which Era is the only destination that matters — a world in which two ceiling fans spin without much hurry, beer logos are fixed to wooden walls, and a Benjamin Franklin portrait hangs in the center of the room for no reason clearer to me than “it’s Philadelphia, duh.”

There’s really only one obvious place to plop yourself down when you first arrive: the long U-shaped bar that fills the center of the space. (Though Era does technically have a back room.) From your bar seat, you can watch everyone else in the joint without feeling rude about it — because there’s nowhere else to stare, save for a couple of TVs playing whatever game is on.

Whenever you go to Era, you’ll see a handful of other customers ordering beer from a list of roughly 40 options. Some chat with the bartender or wait for a date while they sip a pale ale on draft or some dinky-light beer from the bottle list. Era would be an ideal place to film an NBC sitcom — stimulating enough but plain, a background that’s equally great for a Saturday night out or a deeply unspecial Monday in June. They serve a full liquor bar and glasses of wine, though, from what I can tell, most people order beer anyway. 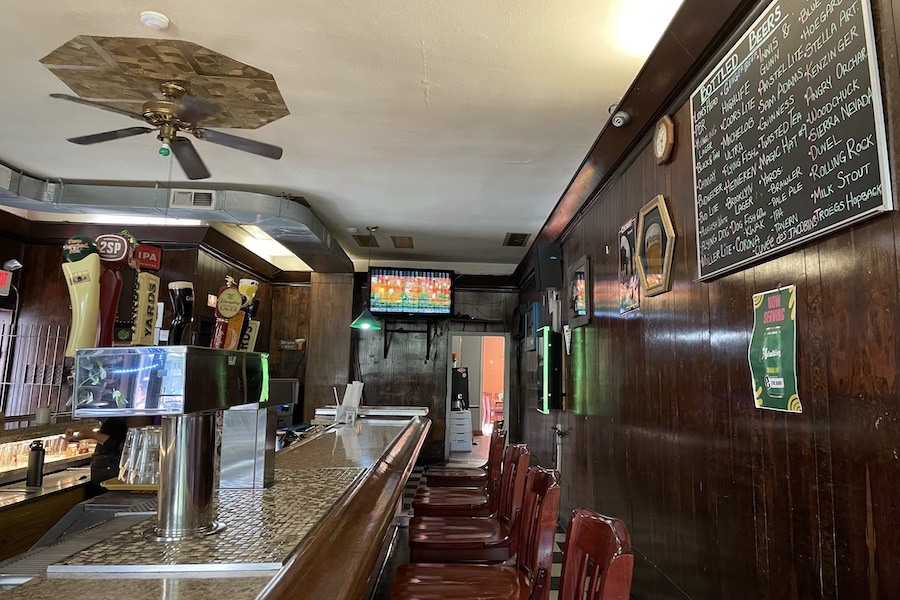 But the difference between this neighborhood dive and the one where you might already be a regular is that Fairmount’s Era also serves delicious Ethiopian food right at the bar. The menu is sectioned off by proteins, with plenty of vegetarian options as well as things like tender doro wot that’s marinated in lemon and onions, and falls off its bone without much prodding at all. Each entree arrives with two sides (one of which should be the gomen — made from collard greens that are simmered long enough that they’re soft and require barely any teeth to eat — and the other should be the creamy-spicy split lentils in a red pepper sauce), but you can always add another side for $2.

You could easily show up to Era by yourself and eat like the monarch of a small country for about $15. Or you could bring a pal and order one of the combo platters, which comes with three entrees of your choice and three sides, plus extra rolls of spongy, sour injera. Era’s staff recommends splitting the combo platters amongst four people, but, in practice, it’s a tenable task for two motivated eaters.

Era is the sort of neighborhood gem that’s so special, I probably shouldn’t be telling you about it. But I’m not here to stand between you and a good thing. So if you rarely go to Fairmount for dinner, let Era change that fact about yourself. 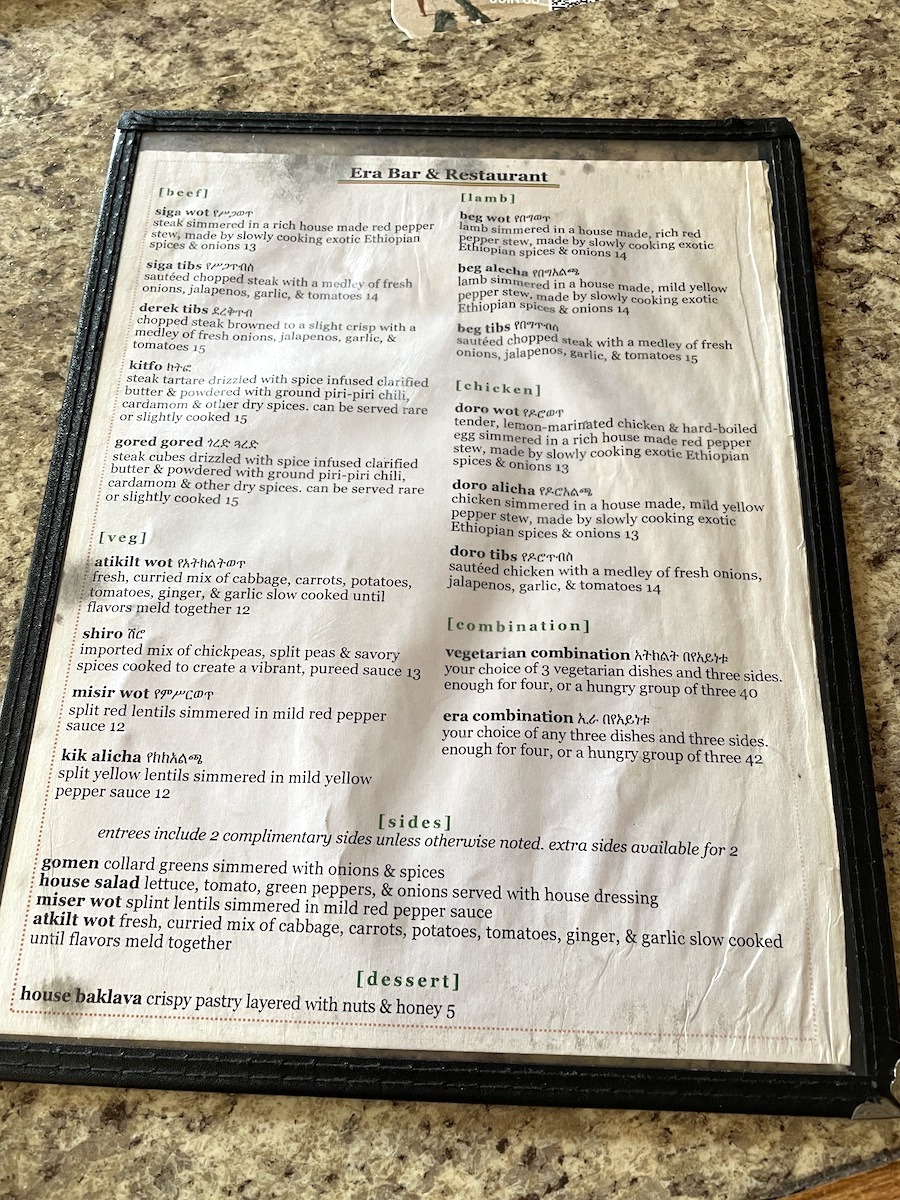