Philly Restaurants Can Now Recycle Their Oyster Shells Locally. Here’s Why They Should

A new program from the city’s water department and the Partnership for the Delaware Estuary wants to recruit seafood restaurants to help improve the health of the Delaware watershed. 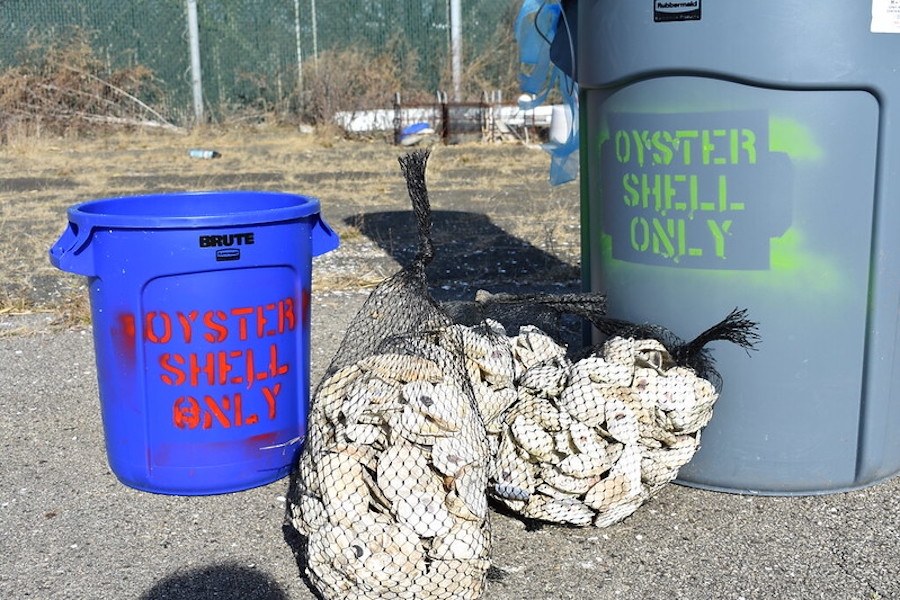 The thing you already know about oysters is that they’re delicious. Creamy and briny, oval-shaped and plump — neither Don Draper nor a multi-level marketing scheme could sell the texture of a cold slippery booger like an oyster can. They’re like summer in a shell, the whole ocean shrunk into one slurp.

Less clear to Philadelphians, perhaps, is the fact that the city’s restaurants can recycle oyster shells locally, or exactly why they should. A new collaboration between the water department and the Partnership for the Delaware Estuary (PDE) seeks to change that, improving the health of the Delaware watershed one bucket of shucked shells at a time.

Oysters have the sort of ecological magic powers that creatures 40 times their size couldn’t dream of. For instance, an adult oyster in the Chesapeake Bay can filter up to 50 gallons of water every day, sifting out excess nitrogen and sediment from fertilizer runoff and septic tanks. In our human world, the most filtering we do is to our selfies.

Even after an oyster’s gooey little membrane dies, the remains of its shell give new life a chance to grow. Baby oysters attach themselves to any hard surface they can find, developing most productively on top of reefs made of shells. The bigger the oyster bed, the more oysters can flourish, the more natural filtration can occur in a water system.

“Oyster shell is an amazing substance that helps stabilize erosion, is vital for reef maintenance, and provides lots of nooks and crannies for other small fish and animals,” says Danielle Kreeger, PDE’s senior science director. When recycled properly, oyster shells can be used to restore shoreline reef structures that have been damaged by overfishing, dredging, and erosion. “Since shells are in short supply locally and across the United States, expanding this shell recycling program will alleviate one of the biggest bottlenecks of our projects to curb shoreline erosion, rebuild oyster reefs, and promote clean water via enhanced shellfish populations,” Kreeger says. 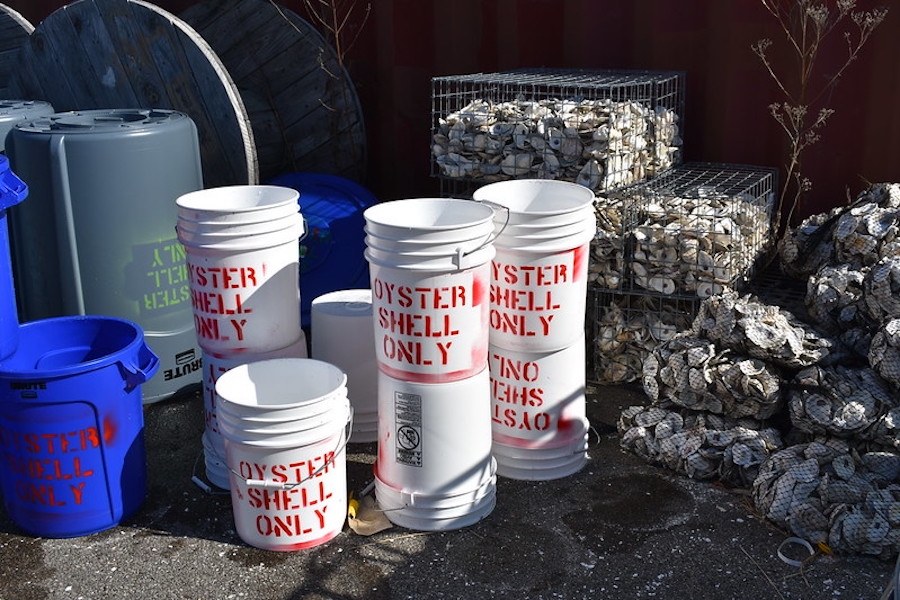 Here’s how Philly’s new oyster shell recycling program works: At least once a week, the PDE will collect buckets of discarded shells from participating restaurants around the city — free of charge for at least the first year of the program. They’ll then deposit the shells in the water department’s Southwest Water Pollution Control Plant. According to the PWD and PDE, the shells are left to “cure” for six months before they’re ready to be used for shoreline restoration and oyster reef rebuilding efforts.

“You are taking what would be tons of waste going into landfills and instead recycling it to do good right here in local waters. Turning these shells from waste into living shellfish reefs is something that will actually help improve water quality and create wildlife habitat in the Delaware River and the estuary,” says Lance Butler, senior scientist with the Philadelphia Water Department Office of Watersheds. 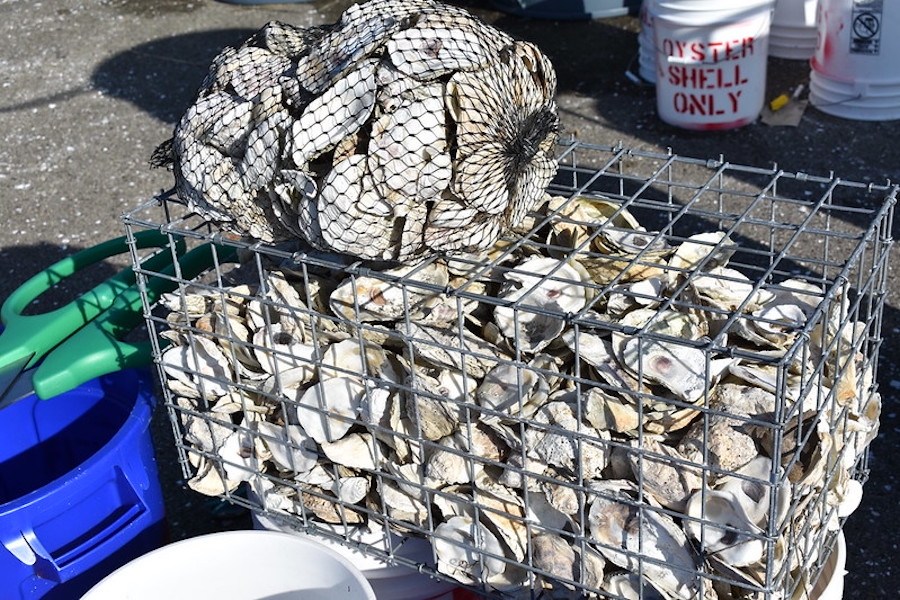 Philadelphia is hardly the first place attempting oyster reef rehab through restaurant recycling efforts. The Partnership for the Delaware Estuary started a similar “Give A Shuck” program in the Delaware Bay six years ago. A Jersey-based nonprofit called Baysave offered Philly-area oyster shell collection but paused their services during the start of the pandemic. In North Carolina, restaurant partners can deposit shells at stations all along the Atlantic coast. The state has even made it illegal to discard oyster shells in landfills or use them in landscaping.

So far there are only two Philadelphia restaurants signed up to participate in the pilot program: Oyster House on Sansom Street and Kensington Quarters in Fishtown. But the PDE and water department say they’re looking for more volunteers. Restaurants that serve fresh oysters and are interested in the PDE’s recycling program can contact Sarah Bouboulis at sbouboulis@delawareestuary.org for more information.