Kismet Bagels Snags Its Own Space In Fishtown 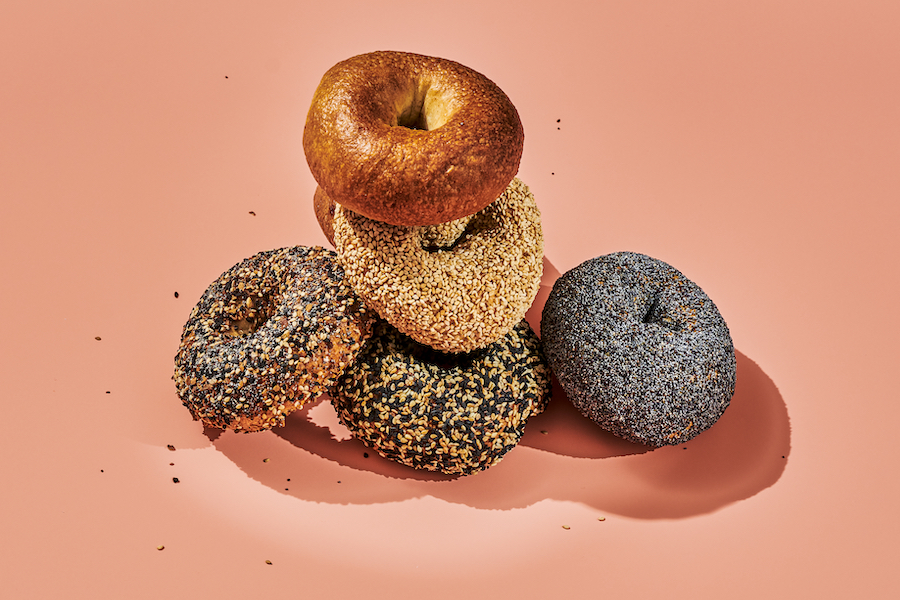 We’re switching up our approach to Philly restaurant news here at Foobooz. (Sorry that sentence rhymed; it was an accident.) Today, you’ll see the artist formerly known as the Monday Round-Up Leftovers section. Which means this piece is full of Philly’s latest openings and closings, plus cool events happening around the city that your friends should know about.

Back in December, I told you about local pop-up darling Kismet Bagels snagging their own brick-and-mortar location that would open at some point in the future. Well the time has finally come. Husband-and-wife team Alex and Jacob Cohen are looking to get their full-time space at 113 East Girard Avenue in Fishtown open by the end of this week, offering a brand new menu of bagels and bialys, sandwiches, and homemade latkes. The owners say they hope that their current Wednesday-through-Sunday schedule might one day include late-night weekend hours for the Fishtown bar crowds (they’re located right next to Johnny Brenda’s). Eating a drunken latke certainly seems like a winning idea to me, as does eating a pizza bagel (which the owners said might be a possibility). Here’s hoping that dream actually comes true.

Sonny’s Cocktail Joint in Grad Hospital had a fire over the weekend in one of the apartments upstairs, and the bar suffered a significant amount of smoke and water damage. How significant? “Shit’s fucked,” according to the owners. The bar is now closed for the foreseeable future. And there appears to be no date at which shit will be un-fucked.

Sonny’s Cocktail Joint opened last August. It was kind of a companion bar to Wine Dive, since both spots are owned and operated by husband-and-wife team Chris Fetfatzes and Heather Annechiarico.

All of Sonny’s operations will soon move into a basement space below Wine Dive for a similar cocktail concept. The new space (currently called Rabbit) is said to be up and running in the next few weeks.

Friday Night Movies at the Bourse

Spring Events Are Back at the Bours

The Bourse is relaunching its outdoor events series. Starting on April 7th, it will have “Namaste and IPA” outdoor yoga and pilates classes featuring Thrive Yoga and Pilates, beer from Chatty Monks and mead from Upper Reach Meadery. Then, on Friday the 8th: The return of outdoor movie nights. The Bourse has a baseball theme this month, so look for Angels In The Outfield, A League Of Their Own, Rookie Of The Year and The Sandlot as the first four selections, each running Friday nights on the Fifth Street patio.

Additional details for all of the Bourse’s events can be found here. And if you’re looking for tickets for yoga or pilates, or movie night, make the appropriate clicks.

Up in Kensington, Cantina Martinez is now open under the El at 2800 D Street. And while this may be the first joint with chef Dionicio Jimenez’s name on the paperwork, it is far from his first restaurant.

Jimenez has spent decades in kitchens. He got his start bussing and bar-backing at a steakhouse in Mexico when he was 14, and worked his way up. Washing dishes got him into the kitchen, and that’s where he found a home. He came to Philly in ’98 and eventually worked on the line at places like ChinChin and Vetri. When he left Vetri, he opened the kitchen at Xochitl and then took over at El Rey.

Now he’s got his own thing: Cantina Martinez is the culmination of all that work and the menu looks fantastic. Expect chicken with three moles, goat braised with agave leaves and pickled cactus, pork shank adobo with masa dumplings and Sinaloa-style New York strip with nopales, avocado and huitlacoche. You can check it out for yourselves here.

Jimenez’s new spot is open for lunch and dinner. And you should absolutely check it out if you’re in the neighborhood.

Parks On Tap Is Back

You remember Parks On Tap, right? The wandering beer garden that used to show up at different city parks, making the whole city seem cool and beautiful all the time? Well, that’s slowly coming back. Step one is a throwback to the early days of the series, with a Parks Pop-Up happening now through April 10th outside the Fairmount Horticultural Center Arboretum. It’s being held in tandem with the Japan America Society’s Cherry Blossom Festival.

Craft Hall is handling the food, so look for soft pretzels with maple mustard, burrata and prosciutto, pulled pork sandwiches, salads and more. Mainstay is pouring the beer. And there will be themed cocktails and entertainment all weekend as well. You can check out the full schedule for the Cherry Blossom Festival here. 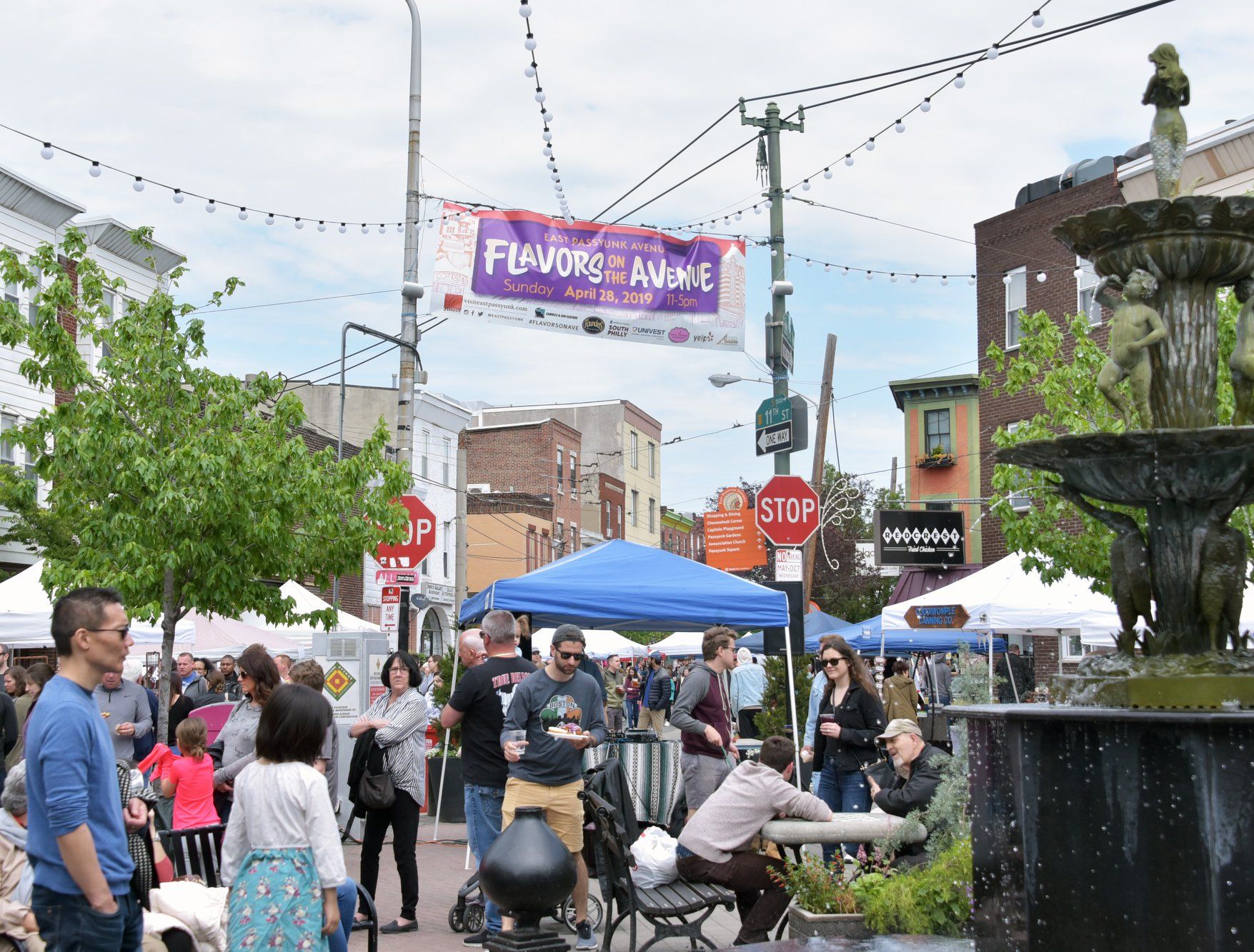 South Philly Flavors On The Avenue Is Back, Too

South Philly’s Flavors on the Avenue will be held this year on Sunday, April 24th from 11 a.m.-5 p.m. and will stretch up and down East Passyunk from Broad to Dickinson streets. There will be dozens of the neighborhood’s favorite restaurants there, plus shopping, games for kids, live performances and more. You can get complete lists of everything that’s going down by checking out the website, but suffice it to say, this is going to be a big party. So plan accordingly.

Want to know even more about Philly’s April food events? You’re in luck.