They think differently, and because of them, so do we. 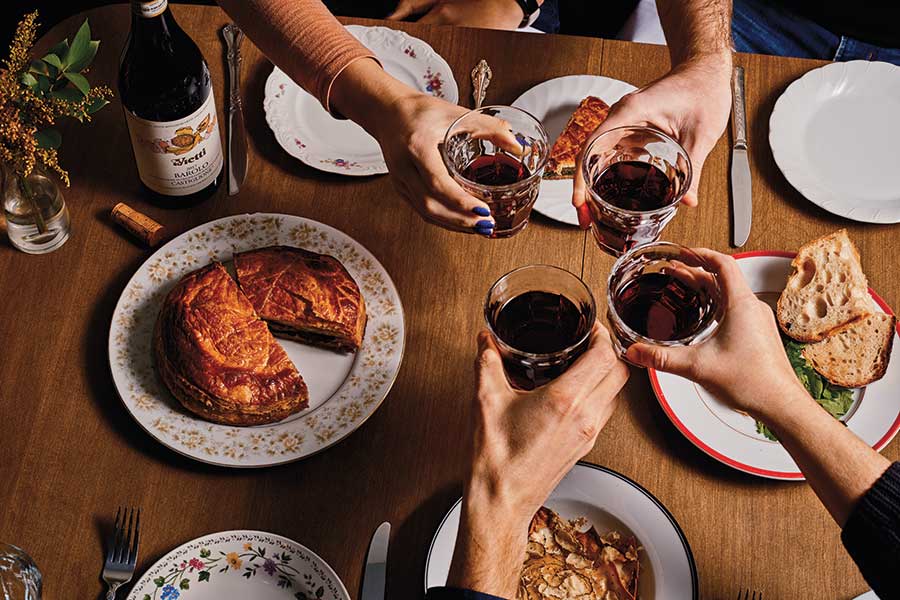 Dinner at Her Place in Rittenhouse. / Photograph by Ted Nghiem

We’re not back to normal yet, but we thought it was time to take a stab at the list again—but this year, it’s a little different. We broke the Top 50 into five categories, each showing off a different facet of the region’s most vibrant restaurants. Below, 10 restaurants and purveyors where culinary innovation is always on the menu.

For a city with so much culinary cred, we’ve long had a smoked-fish-shaped hole in our scene. Biederman’s filled it with everything you need to make the perfect appetizing spread: whitefish salad, tins of osetra caviar, house-whipped cream cheese, and hand-sliced smoked salmon in varieties like vodka dill and pastrami-spiced. Or pre-order, and let the pros arrange mind-bendingly delicious brunch boards for you and your clan.

Owner Thu Pham was already turning out some of the most interesting coffee in Philadelphia before the pandemic — beans from smallhold farms in Vietnam and Thailand, locally roasted and conjured into dark, powerful, woody brews unlike anything that anyone else in the city was doing. But late in the fall of 2021, Pham, in collaboration with pop-up chef and Instagram sauce entrepreneur Jacob Trinh of Trinh Eats, doubled down and opened a full-on cafe offering up delicate pastries, baguette breakfast sandwiches, eight-spice fried potatoes and banh mi. It’s a way to more fully showcase her extraordinary coffee, sure. (Check out her latte float for a taste of pure indulgence.) But it’s also 100 percent in keeping with the collaborative, cooperative, community-focused and DIY way she runs her business.

Our city is the proud home of dozens of stellar pizza shops that serve what would be the best pizza in any other town. Among them is Down North, which isn’t just delivering (not literally; you have to go pick them up) dense, frico-crusted Detroit pies topped with genius concoctions like barbecued chicken and pepperoncini. It’s also operating on a groundbreaking mission-based model — one that pays formerly incarcerated folks a fair wage and offers them a chance to learn a culinary career. Doing either one of these things would make Down North special; doing both makes it a highly worthy pizza destination.

When restaurants were forced to close to dine-in customers, owners Ed Crochet and Justine MacNeil found new ways to connect with their guests: takeout Sunday suppers of lasagna and broccoli rabe, pints of Justine’s made-from-scratch gelato, pastry chef Gina Nalbone’s baked goods, with standouts like morning buns, pistachio cornetti, and cream-filled bomboloni. And even now, in the midst of the worst labor shortage in history­, they’re still creating memories. 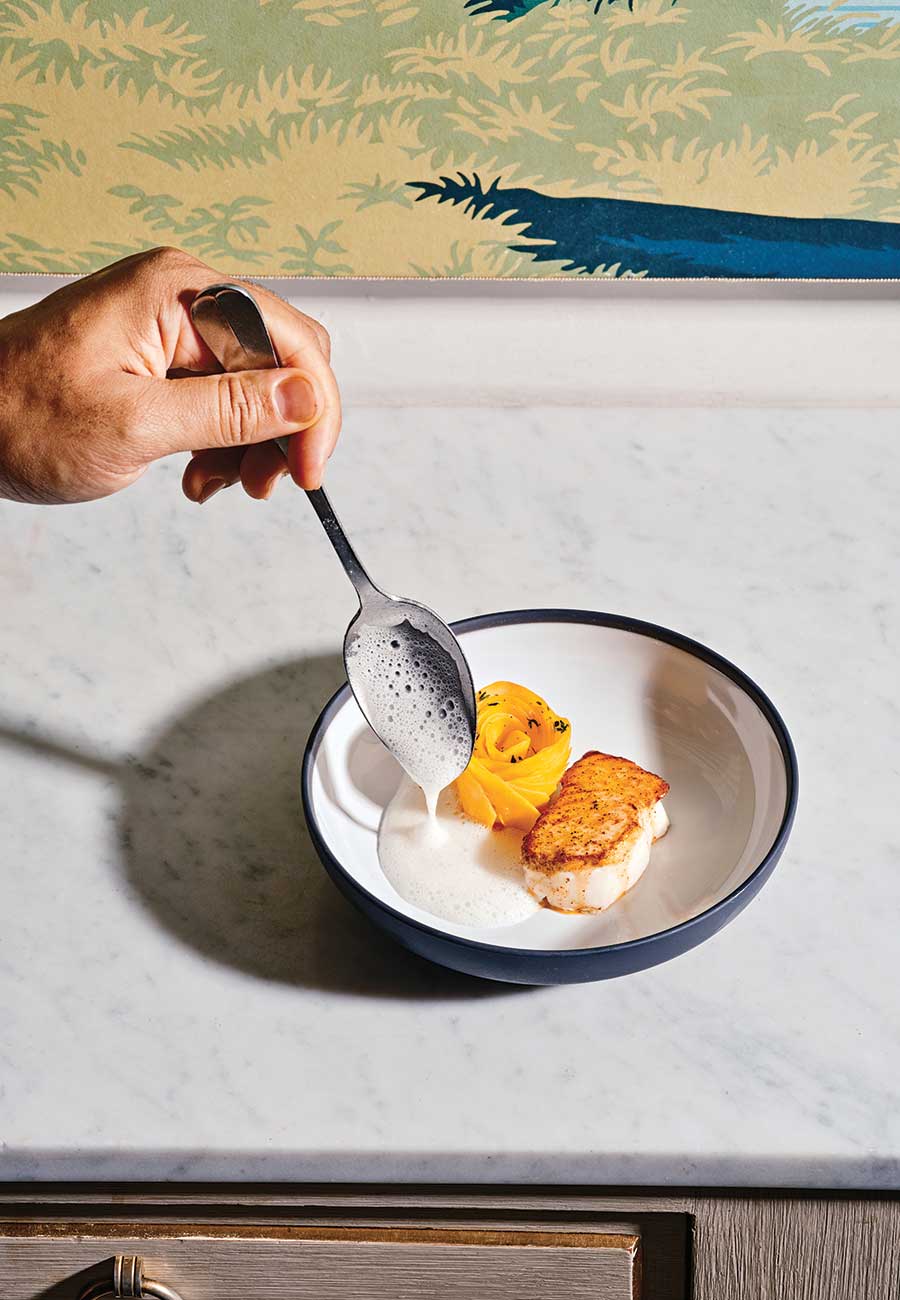 The evolution of Friday Saturday Sunday from a casual neighborhood spot to Chad and Hanna Williams’s low-key, elegant destination has hit its apex with the launch of a new tasting menu. It’s not a regular tasting menu. It’s done the Williams way, which is as a pitch-perfect mix of luxury and fun. It’s flaky bite-size empanadas filled with pig’s head. It’s a mini buttermilk biscuit topped with beef tartare and osetra caviar. It’s a canelé — glistening a little with the lacquer of local beeswax, double-baked in a copper mold after the batter rests for three days—that comes with the check at the end of the meal. Paired with cocktails by Paul MacDonald, the decades-old restaurant reigns as one of the city’s best. 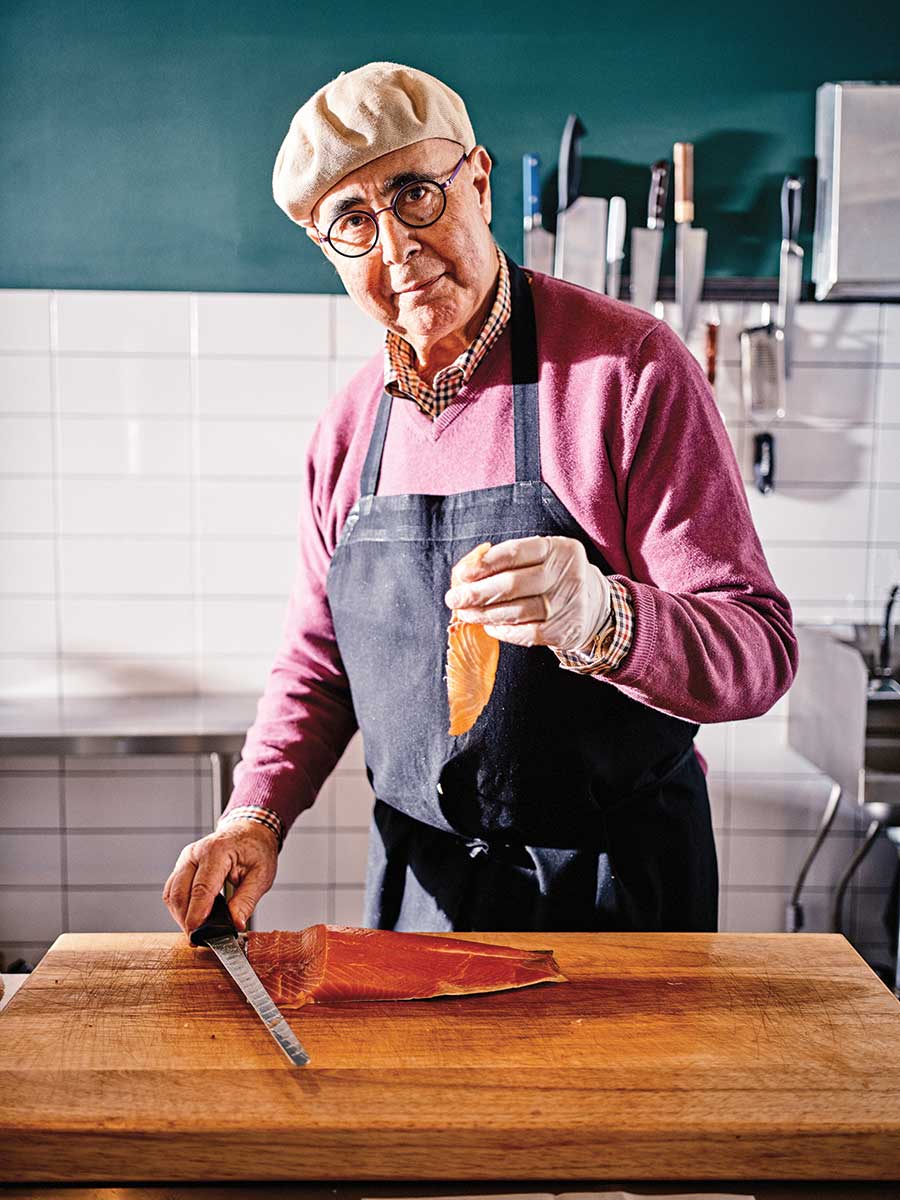 Amanda Shulman bills her Sansom Street boîte as a “supper club,” but really, it’s a straight-up dinner party—like the kind you’d have with your friends and family at home, except here, your friends and family are spearing their forks into pickles and picture-perfect pâté en croûte. They’re oohing and aahing over all the fresh black truffles atop the free-form lasagnetta. They, like you, are floored by the amount of love and warmth and dedication to craft radiating through the dining room.

It seems almost impossible that a restaurant structured around the idea of a lot of people coming together in a small, raucous space for a meal of beef kebabs, merguez sausage, Israeli pickles and soft-serve ice-cream sundaes could survive an apocalypse that made exactly that — its core strength — a literal existential threat, but Laser Wolf did. As a matter of fact, it didn’t just survive; it pivoted almost immediately to a takeout, curbside, take-care-of-your-neighbors-and-family model that showed a way forward for a lot of other restaurants in the early days of the pandemic. And while things at Michael Solomonov and chef Andrew Henshaw’s Kenzo shipudiya might seem more normal now, that kind of innovation and flexibility in the face of change is now written into Laser Wolf’s DNA.

What did Jesse Ito do when a global pandemic made it all but impossible for us to nestle like sardines in the seats of his coveted omakase bar? He kept bringing in the freshest scallops, king crab and bluefin tuna, breaking them down with his trademark precision. He switched to takeout, tucking his perfect nigiri into shiny black boxes like technicolor jewels. Royal Izakaya has rebirthed its sushi bar, but we’ll always remember the feeling of opening those black boxes during some of the darkest days of the pandemic, and how doing so made us feel normal, even if just for a night.

Yes, Stina is a wood-fired pizza joint that serves some really excellent pies. But that’s never been all Stina does. First, there’s the surprisingly deep Mediterranean menu, full of filo pie, soujouk and shawarma. Then there’s the delightfully weird decor, and the community partnerships and charitable giving. Most recently, Stina has started running a guest chef series that brings some of the most interesting chefs in the city into the house to cook amazing and strange one-off benefit dinners.

It opened as a beautiful new neighborhood wine shop, stocked with bottles you couldn’t easily find anywhere else, along with some bottled hot sauce and various other treats the kitchen was making. During the pandemic, the kitchen helped turn out pizza dinners and takeaway meals, and now it’s transitioned into a charming (and slightly quieter) place in which to taste your way through Greg Vernick’s always-exceptional menu.