Plus, a big, fancy chef event in Wilmington and a magician in residence at Vesper in Center City. 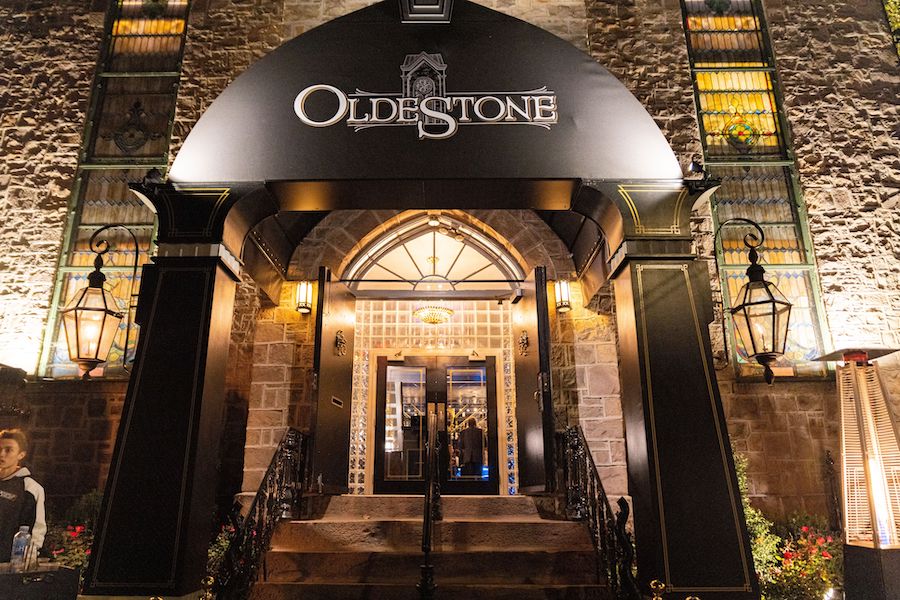 Happy Monday, everyone, and welcome to our round-up.

Weird week this week. Two of my biggest stories aren’t even happening in Philly. We’ve got a big opening in New Hope to cover (one that’s already booking reservations weeks in advance with folks coming in from all over the Northeast just to get a peek), and a whole series of event dinners in Wilmington that are bringing together some of the biggest names in food (from Philly and beyond) to raise funds for the Independent Restaurant Coalition — as worthy a cause as there is right now.

Beyond that, I’ve got the usual collection of news, rumors and boozy tidbits from around the city. So kick back, pour yourself a tall one, and let’s get caught up, OK? I’m gonna kick things off this week with … 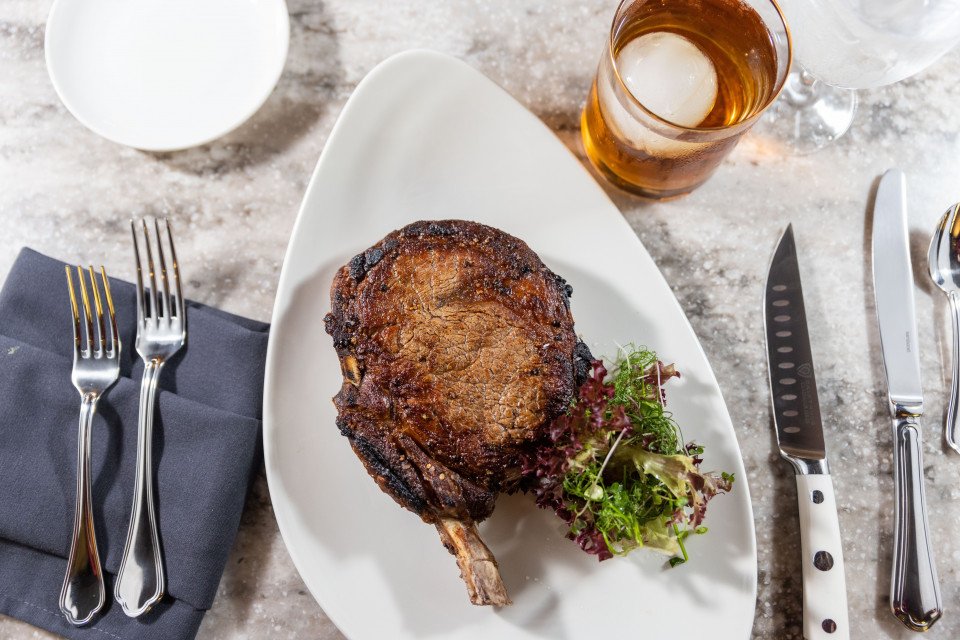 For starters, it looks gorgeous. The 9,000-square-foot restaurant lives inside the nationally recognized 1872 Old Stone Church, which was home to Marsha Brown’s for almost 20 years. But it closed at the beginning of the pandemic, and Marsha Brown herself passed the restaurant to Wilfer Naranjo (who’d worked for her as a food runner in 2003) and partners Michael Sklar and Gaspar and Vincent Ferrara. They’ve given it a polish, some remodeling, and turned it into a modern, Art Deco-tinged beauty complete with tile mosaics, stained glass, a second-floor bar and intimate stage set-up, chandeliers from the set of John Wick 3, church pews and pulpit, and a 30-foot mural (kept from the original Marsha Brown’s) called Redemption. So you can see the vibe they’re going for. Church-y but cool, which, not gonna lie, is a tough needle to thread.

In the kitchen, they’ve got 20-year vet Seth Wheeler from New York City, who has put together a menu that’s both an ode to the original Marsha Brown’s Creole accent and a modern, New American steak-and-seafood board. So there’s a raw bar, seafood plateau, vodka-cured gravlax with sauce gribiche, lobster and shrimp bisque, jambalaya, German rye-bread dumplings, a shrimp-and-crabmeat casserole topped with baked eggplant and Creole butter sauce, and a 45-day dry-aged porterhouse for two that’ll run you $186 stark naked. There’s a solid bar program built on the classics to back all that up, plus a few custom cocktails like the Bee Kind, Rewind (gin, lemon and honey syrup), which look like a nice way to round out all the Manhattans, rickeys and sazeracs.

This is a huge project, bringing 250 seats to New Hope and lots of fresh attention. Reservations are still available as they roll out, and the plan right now is to be open seven nights a week for dinner service (5:30 to 11 p.m.), with the bars staying open until 2 a.m. So if you’re into live jazz (in the upstairs bar), thick steaks, classic cocktails or John Wick, make your plans for Oldestone now. You can make New Hope from Philly in about an hour if traffic is kind.

The series of six dinners is being held between December and March, and the entire thing is being curated by Philly restaurateur and IRC board member Tyler Akin (Stock, Res Ipsa). It’s kicking off with James Beard Award-winning chef Ashley Christensen of AC Restaurants out of Raleigh collaborating with Jim Burke, culinary director at Wm. Mulherin’s & Sons. It’ll be hosted at Le Cavalier on December 9th at 6:30 p.m., and tickets for the dinner (which are running $175 per person) are on sale now.

Burke has his own interests in the goings-on in Wilmington since Method Co. (which owns Wm. Mulherin’s) is in the process of opening a boutique hotel in the Security Trust & Safe Deposit building on Market Street in that city — a hotel that’ll have three different food and beverage components (including a rooftop bar) that Burke will be overseeing. And Akin (a Wilmington native, who closed his Philly operations at the start of the pandemic) is currently chef at Le Cavalier at the Hotel DuPont.

After Burke and Christensen’s dinner, there’ll be four more events bringing together big names from the scene. Andrew Zimmern, Niki Russ Federman and Gregory Gourdet will be joining forces with the likes of Bryan Sikora, Dan Sheridan and Antimo DiMeo for big, flashy dinners and events, with all proceeds directly benefiting the IRC. Next up will be Jennifer Carrol (of Philly’s Spice Finch and Top Chef fame) cooking alongside her TC nemesis Tom Colicchio on January 20th. So if you can’t bring a little hometown support to the first dinner, there’ll be a second chance.

Full details (and tickets to all the events) can be found here. Give if you can, boost if you can’t. Y’all know the drill.

Meanwhile, Back in Philly…

Winterfest has an opening date. The annual holiday extravaganza on the Delaware River Waterfront will be back starting on November 26th. This year, in addition to the sparkly lights, fire pits, heated lodge and NHL-size ice-skating rink, they’ve got pulled pork and brisket sandwiches from Black Iron BBQ, warm tomato soup with pretzel croutons, s’mores kits, hot cocoa and funnel cake from Skelly’s Amusements, cheesesteaks, wings and crab fries from Chickie’s and Pete’s, plus a 40-foot Christmas tree and a 60-foot ferris wheel.

Check out the link above for details, advance tickets and info on all the upcoming holiday events. 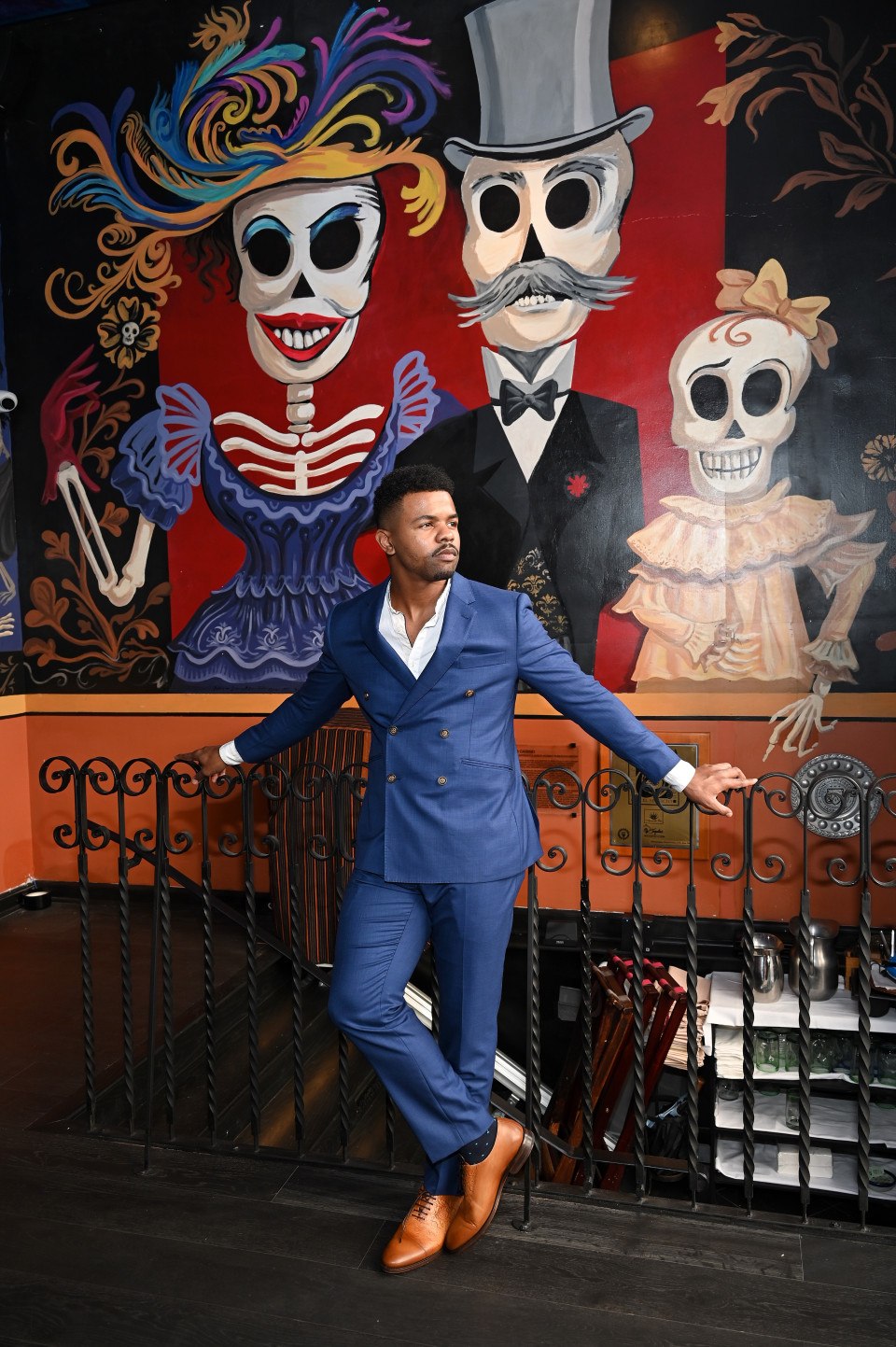 Or, if you’re looking for something a little … different, how ’bout a little magic?

No, seriously. Vesper has booked Mervant the Deceptionist for a recurring gig every Thursday and Saturday starting on November 18th. I’ll let the team from GLU Hospitality explain what’s going on:

“Audiences should come ready to be dazzled with a combination of illusion, deception and mentalism.  Seating is intimate and limited to only 40 people at a time, so don’t miss your chance to experience this one-of-a-kind show, unique to downtown Philly.”

Which is true. I can’t think of another bar in town that has its own in-house magician. Or at least not one that’s on the payroll.

They’re calling it “Deceptions: A Magical Night of Mystery and Deception featuring the many talents of Mervant the Deceptionist,” which, let’s admit, is just not great copywriting. But hey, Mervant is a local guy. Born and raised in Philly, he started practicing magic in his teens and spent 15 years working on his act. He’s done some big gigs (for the Eagles, Apple, Google and Nike), and over the pandemic, he partnered with Airbnb to do over 700 virtual performances — no small amount of hustle. Dude’s got a whole thing worked out with music, comedy, audience participation (which is precisely where I lose interest) and a reputation for putting on a killer show.

So if you’re into that kind of thing, the doors open at 6 p.m. every Thursday and Saturday. Snacks and cocktails will be available, and tickets will run you $40 for general admission or $50 if you want to be right up front. And since the events will be taking place in Vesper’s hidden speakeasy bar, only 40 tickets are available for each show. You can get yours right here.

I hear Uptown Beer Garden has a new holiday thing happening — a Dr. Seuss-style pop-up event that looks as weird as you can imagine. It’s being called “Welcome to U-Ville,” and I should have some more details for you next week.

The Philadelphia Business Journal is reporting that Rittenhouse is going to be getting a real conveyor-belt sushi operation with the opening of Kura Sushi at 1721 Chestnut Street. Nothing will ever replace my beloved robot sushi from Yoshi down in Suburban Station, but this comes close. Expect it in the spring.

And up in North Philly (Hunting Park, to be exact), the legendary Lou & Choo’s Lounge is getting a new chef and menu. Owners Tracy and Jennifer Hardy have tapped Bruce Palmer (who has been cooking in Philly since the Black Pearl restaurant was a thing) to take the restaurant, which has been around since the ’80s and in their possession since 2014, up a notch.

Palmer developed his new menu largely at home during the pandemic. It goes heavy on the seafood with crab-stuffed salmon, a fish sandwich, catfish nuggets, and grits with salmon, shrimp and crab all doused in butter sauce. He’s also doing wings, burgers, gyros, hoagies and cheesesteaks and a spread of bar snacks. The kick? Most of those things — the steaks, the sandwiches, even the fries — are made with fish. He’s got a salmon cheesesteak on the board with peppers, onions and his own dragon sauce, a burger stuffed with lump crab, and fish fries topped with whiting and cheese sauce. It sounds … weird? But also kinda awesome. I’m curious to see how this more-or-less pescatarian experiment goes.