La Chinesca Shouldn’t Work, But It Does

It’s operating out of a former Jiffy Lube, serving up a fusion of Chinese-American and Mexican cuisines with a little Southern California swagger. And it’s really good. 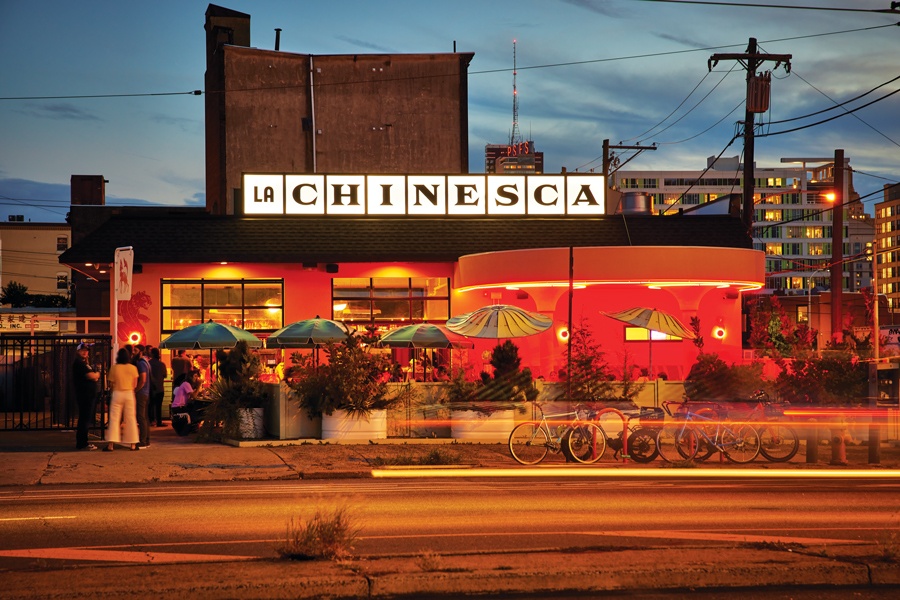 On a good night, you can feel La Chinesca before you actually get there. Bright colors, hot neon, the hum of a joint spinning in high gear, cruising in the sweet spot between word of mouth and expectation.

The servers are excited. The crowds are excited. You feel like if you touch something, you might catch a spark. No one quite knows what to expect at this place where a campechana de mariscos special shares space with happy-hour chicken wings rubbed with five-spice and served with duck sauce and Chinese hot mustard.

The plate that sold me on La Chinesca? It was an egg roll. Perfect in the way that, by design, all egg rolls are a little bit trashy and a lot bit delicious at the same time. In the way that they bear no more than a passing resemblance to anything in the centuries-deep canon of Chinese cuisine but are the absolute apotheosis of round-the-corner, lunch-combo, stoned-at-three-in-the-afternoon-­style American-Chinese takeout. 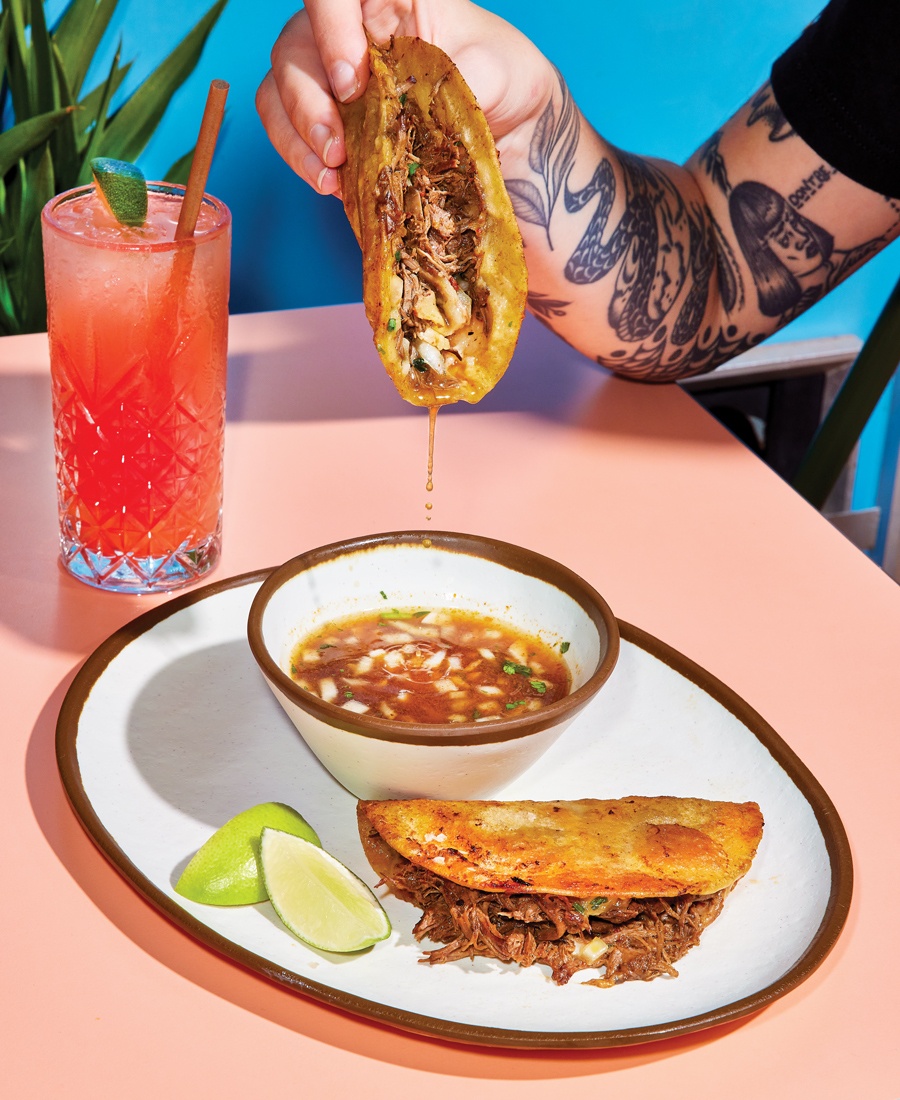 The kitchen at La Chinesca serves the egg roll in a puddle of green aguachile — which sounds stupid, yes (serving anything fried and crispy on anything wet is never a good idea), but it isn’t stupid, because the bottom of the egg roll gets squishy and the top stays crisp. Because the bottom soaks up all the sharp heat of that chili juice and carries it throughout. Because once you’ve taken the first bite and tasted how well the two flavors work together, you get it. You get La Chinesca.

It shouldn’t work, but it does, this fusion of Chinese-American and Mexican cuisines with a little Southern California swagger, based (nominally) on the eponymous Chinese neighborhood in the city of Mexicali where a hundred restaurants serve hamburgers and green tea, chow mein and shark-fin tacos. It’s the idea of a place built to wreck preconceptions and feel cool doing it.

It’s operating out of a former Jiffy Lube that sat abandoned for a decade on Spring Garden Street, but it’s sleek now — full of chrome, cut glass and repurposed street lamps. Owners Michael and Jeniphur Pasquarello and their chefs, Nicholas Bazik (culinary director) and David Goody, knew enough to lean away from authenticity they couldn’t fake and in the direction of the fantastic instead, conceiving combinations of styles and ingredients that are more true to the spirit of Mexican-Chinese fusion than any actual reality. 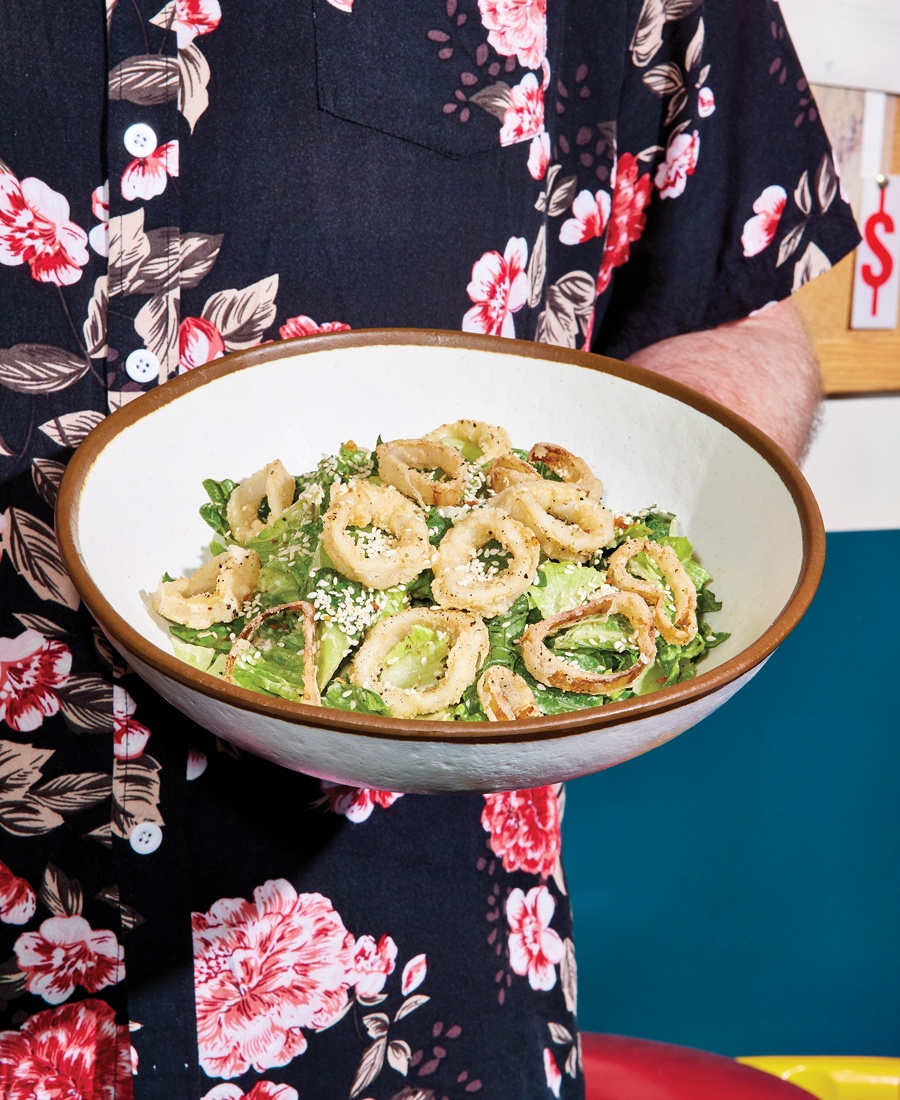 Which is how you end up with that egg roll. It’s how you end up with loud crowds shouting over the traffic on a Thursday night, tables full of empty Tecate and Tsingtao bottles, wonton chips and bowls of red and green salsa, pork belly glazed with orange hoisin and served over slivered Chinese broccoli, the leaves cooked down almost like collards. It’s how you get deadly cocktails — made with sesame oil, cachaca, smoked salt, jalapeño-infused mezcal, and bourbon washed with birria fat — and birria tacos that taste like they’re the daily special at God’s own Taco Bell.

This is a dream cuisine, an ever-changing menu full of Sichuan chilies, Chinese long beans, flinty mezcal and fatty tacos, all served in the shell of an old gas station in a neighborhood that has never seen anything quite like it. It’s fiction. It’s a figment. It’s fantasy La Chinesca is selling. And I am absolutely buying in.

Published as “La Chinesca” in the November 2021 issue of Philadelphia magazine.