Feastival Is Making a Comeback. Here’s What You Need to Know.

Audi Feastival, Philly's blowout culinary arts festival is back with new restaurants, new entertainment, and it's in an all new space. 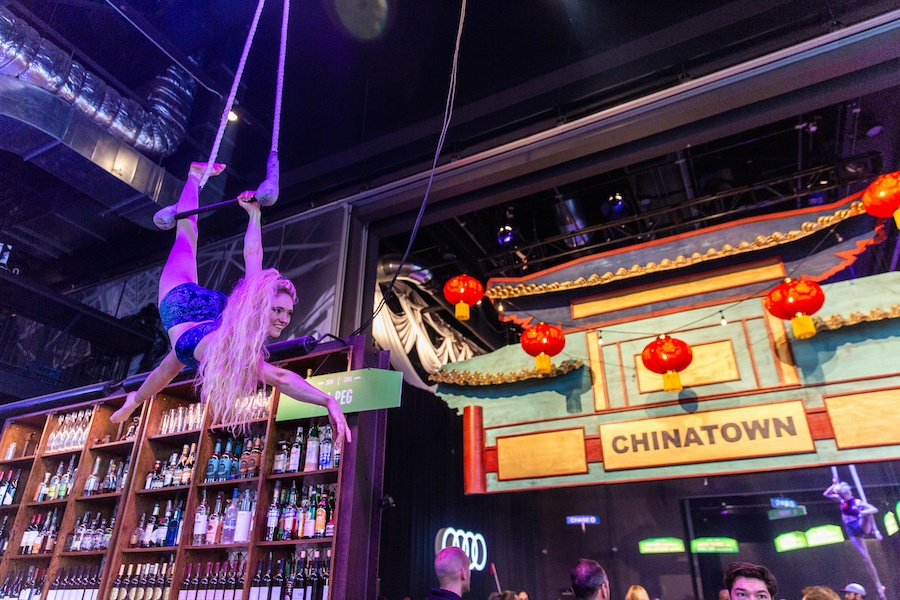 Audi Feastival is lighting things up for the first time since 2019 and they are doing it in the (surprising, delicious, patently odd) style to which we have all become accustomed.

For starters, the event (which serves as a massive fundraiser for FringeArts which has been keeping Philly weird since 1997) is moving to new digs this year. It’ll be held at the Budd in East Falls, a 150,000 square-foot former train manufacturing warehouse — which seems entirely appropriate for an event that once had bartenders hung from trapeze swings and naked, body-painted models set on poles like statuary. This year, it’ll be featuring work from choreographer and performance artist Gunnar Montana, Local dance company Brian Sanders’ Junk and drag performances by Moon Baby. Click any of those links and you’ll get a sense of what I’m talking about.

Still, the biggest draw of Audi Feastival is always the food. It draws the best chefs and restaurants in the region without fail (plus the best bartenders), and this year we’re looking at tables from Mission Taqueria, Oyster House, a. kitchen, Cheu Fishtown, Nunu, Hardena, Mike’s BBQ, La Chinesca, Urban Farmer Steakhouse, the Twisted Tail, Bing Bing Dim Sum, Irwin’s and more. They’ll all be there, trying to out-do each other as mobs of Philly’s movers, shakers (and the occasional food writer) flit around trying not to get foie gras grease on their party duds.

Look, I’ve been to a bunch of these things, and I can honestly say that Audi Feastival is truly one of the best food festivals of the year. It is always strange, more than a little overwhelming, shocking in the best possible ways and all the food and booze you can handle is included in the price of admission.

Granted, that price isn’t cheap. But I think I can help you out a little bit there. Normally, tickets for the event (happening on Thursday, October 21st from 7 – 10 p.m.) will run you $250 ($450 for VIP admission, which gets you inside an hour early to eat and drink before everyone else rushes the doors). But when you go to buy your tickets use the secret code FOOBOOZ, and you’ll get 20 percent off just for being you.

And for being a fan of what we do.