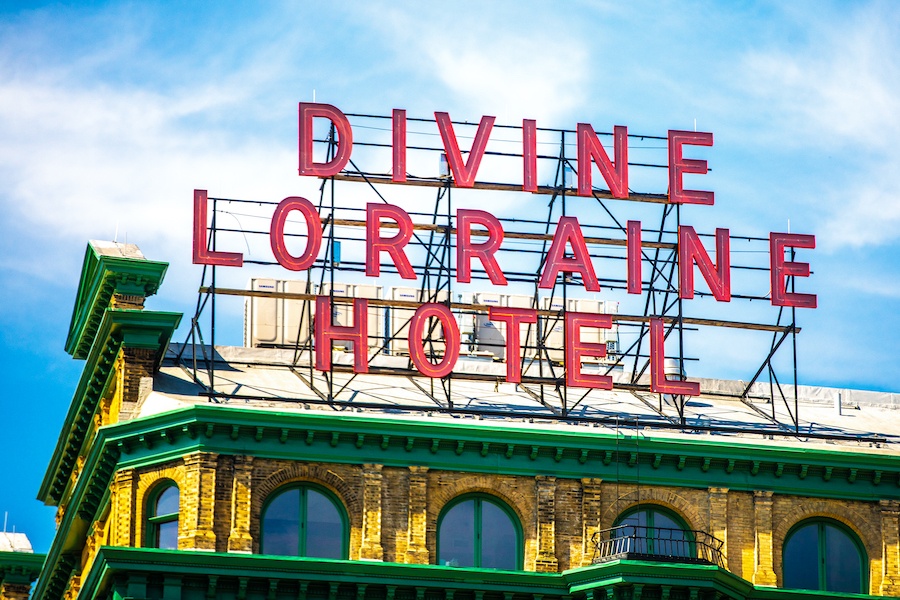 The story of the building at 699 North Broad Street began in the late 19th century, sometime between 1892 and 1894. It was one of the city’s first high-rise buildings, built as luxury apartments for Philadelphia elites. In 1948, the building was sold to Father Divine, a Black spiritual leader and founder of the International Peace Mission movement. He turned the apartment building into a hotel (the first fully racially integrated hotel in the country), and a place of worship for his growing congregations. The building closed in ’99, was sold in 2000, and resold in 2006 to be converted into apartments. Then it sat idle, empty, gutted by architectural salvage companies before developer Eric Blumenfeld took it over in 2012. Blumenfeld brought it back to life.

In 2015, Chris Cordaro, vice president of Blumenfeld’s development company EB Realty Management (EBRM), announced that four restaurants would open at the Divine Lorraine Hotel. He called them “Vetri-caliber.” Last year, one of them opened: Cicala at the Divine Lorraine, a grand southern Italian dining room by Joe and Angela Cicala. This year, the pandemic quickly became part of the Divine Lorraine’s story, stalling all development that would bring us the remaining three concepts. 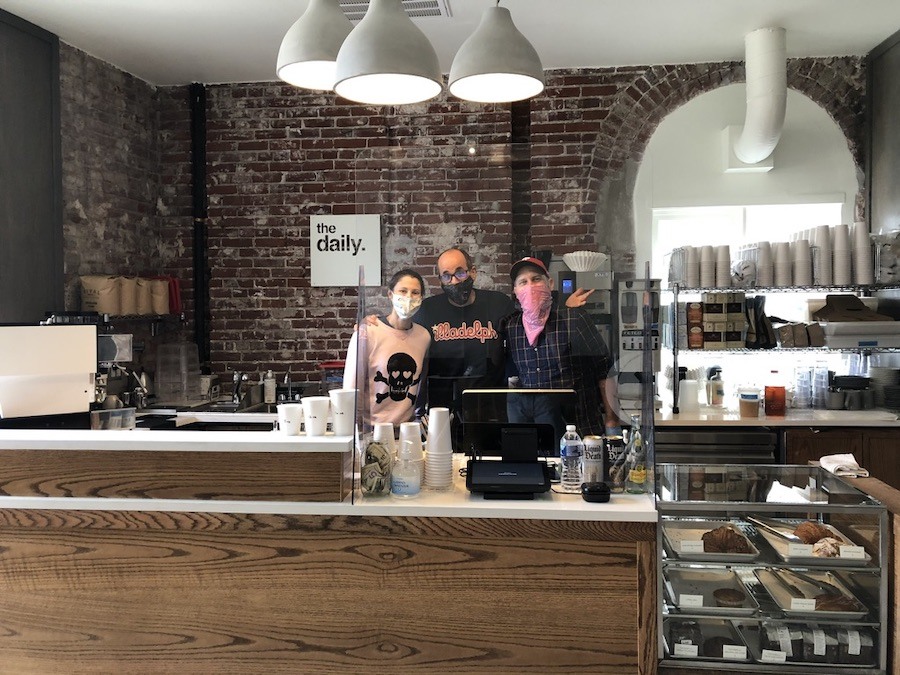 Last week, Philly chef Natalie Maronski (who, you might remember, competed on Top Chef last year), longtime Philly DJ/man-about-town Robert Del Femine (who goes by “Del”), and Brian Kane (who GM’d across the CookNSolo empire the last four years) opened a small coffee shop called the Daily on the north side of the building along Fairmount Avenue. And together, they plan to open three more concepts, all of them subterranean, all of them under an umbrella brand called Underground Concepts. Here’s what’s in store for the next chapter of the iconic building revitalizing North Broad Street.

According to Del, the Divine Lorraine’s basement used to contain an actual speakeasy, accessed through a secret “hatch” through the pavement on Broad Street. They’re bringing it back — not as a speakeasy but as Foundation, a moody cocktail/beer/wine bar built around a 700 sq. ft. professional recording studio — a “de facto ‘pre- and post-event stop'” for performers and patrons of the Met down the street.

Annex is the name of the restaurant — a casual all-day cafe and outdoor patio run by Maronski (Underground Concepts’s managing partner and executive chef) and Brian Kane (UC’s director of operations). Given that there’s a fine dining restaurant in the same building, Maronski is going for something more approachable and fun, with globally inspired dishes that focus on locality and seasonality. In the back of the space, they’re building out a small bottle shop and makers studio.

All three projects are expected to open by the end of next year, but of course, it’s all pandemic dependent.