The investors behind the 13th Street restaurant include Dodge's ex-wife, who just obtained a divorce from him in June. Dodge denies any wrongdoing. 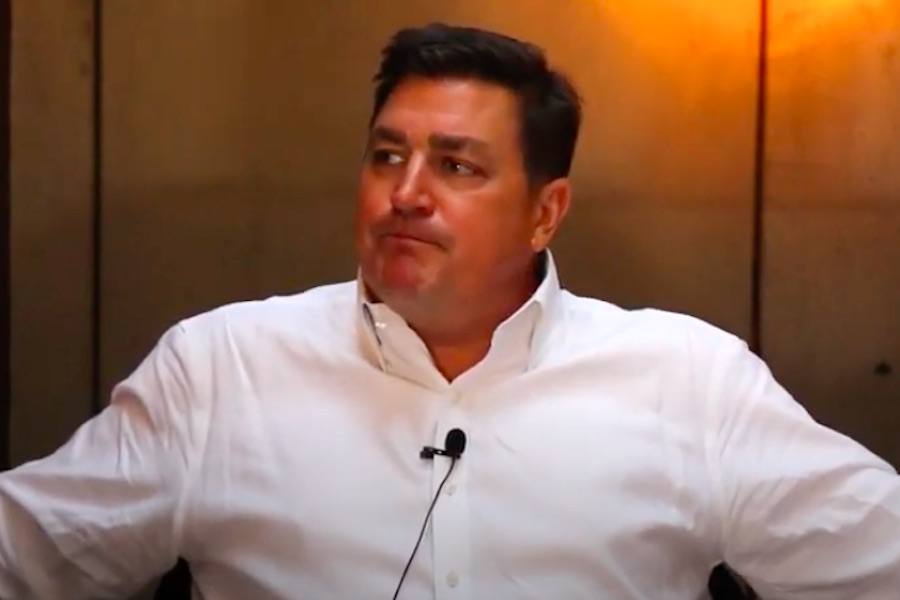 Tredici Enoteca co-owner Greg Dodge, who is the defendant in a federal lawsuit just filed by the Center City restaurant. (Image via YouTube; full video embedded below)

Once popular Center City restaurant Tredici Enoteca has been “temporarily closed” since March, one of the many local victims of COVID-19. And, like many other restaurants, the future of Tredici is uncertain. But that doesn’t mean that there’s not any behind-the-scenes action at Tredici. Far from it. Tredici Enoteca LLC, the limited liability corporation representing the ownership group, is accusing co-owner Greg Dodge of fraud and misappropriation of funds in a just-filed federal lawsuit.

“I deny any wrongdoing,” Dodge, an Ardmore resident, told Foobooz on Monday morning in one of a series of phone calls discussing the case. “For the life of this business, I have never been accused of doing anything wrong until now.”

Dodge is the primary shareholder in Tredici. Other shareholders include his ex-wife, Emily Dodge of Gladwyne, who just obtained a divorce from him in June. Greg Dodge is also the head of Zavino Hospitality Group (ZHG), the management company that has or has had contracts to operate Tredici as well as the Bryn Mawr and Washington D.C. locations of the restaurant and other spots, including Zavino.

The complaint filed in the case alleges that Dodge used his position in ZHG and the access to money in the various restaurants that came with it to “line his own pocket, pay his personal expenses, and improperly transfer money among the legally-distinct restaurant entities.”

The suit goes on to allege a “pattern of financial misconduct, characterized by self-dealing, concealment, fraud, and unauthorized transfers of property” that “caused serious financial harm to” the plaintiff, Tredici Enoteca LLC. The complaint claims that the very structure of ZHG “was designed to avoid scrutiny of [Dodge’s] financial activities, which ultimately guaranteed that he would be able to shield from his investors his misappropriation of funds belonging to the operating entities such as Tredici.”

Watch Greg Dodge speaking at a business roundtable in 2019:

As an example, the complaint alleges that Dodge took a fee of $156,000 out of Tredici Enoteca LLC, when he was only entitled to $133,357, according to the suit, which also alleges that Dodge’s activities extended to some of the other restaurants — not just the Center City Tredici. The suit also claims that Dodge used company credit cards to pay for non-business expenses and that he paid off some of his personal expenses using gift cards to some of the restaurants.

“I’m very disappointed,” said Dodge of the suit. “This is essentially a lawsuit by my wife — my ex-wife — that she has initiated to try to have some leverage over me.”

Dodge didn’t get into the nitty gritty specifics of the lawsuit.

“There were decisions made in operating a business,” he said. “Now she is Monday morning quarterbacking six years of those decisions. And I deny that I intended to do anything wrong.”

“The complaint against Greg Dodge was filed by Tredici Enoteca, LLC, and not by me personally,” says his ex. “The misconduct listed in the complaint, which took place prior to the pandemic, is extremely troubling to the entire ownership group.”