After years of selling at farmer’s markets in Philly, Kyle Cuffie-Scott is opening a brick-and-mortar location of Darnel’s Cakes, a bakery committed to reducing the stigmas surrounding HIV and AIDS. 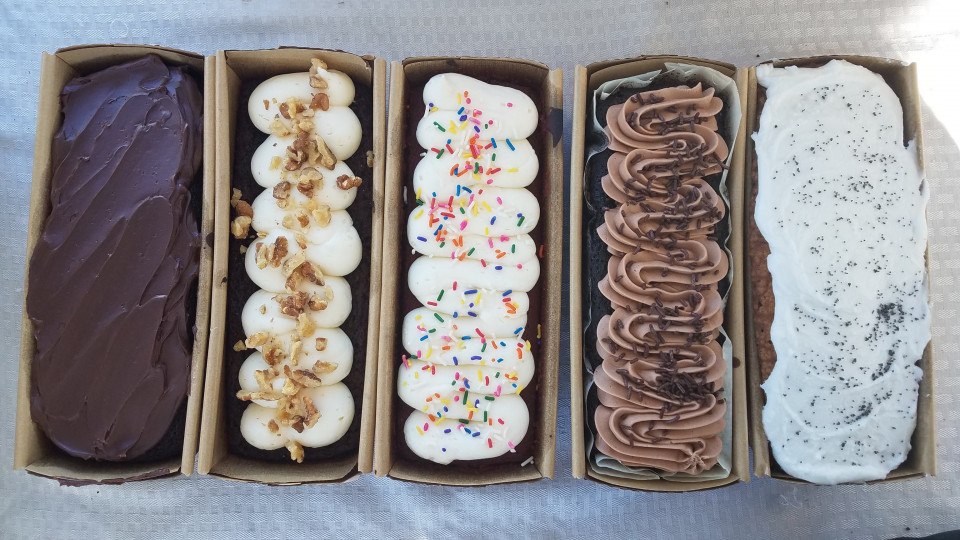 After more than five years of selling baked goods at regional farmer’s markets and to wholesale clients in Philadelphia, Kyle Cuffie-Scott has finally opened a brick-and-mortar location of his company, Darnel’s Cakes. Named in memory of a family member who died due to complications with HIV and AIDS, Darnel’s Cakes was created raise money for organizations that do HIV and AIDS relief work, and will continue to partner with these organizations in it’s new form.

“In the past, I’ve partnered with COLOURS, which specifically serves the black LGBT community,” Cuffie-Scott said. “Darnel’s Cakes is a for-profit business, but I want to continue working with non-profits to provide food services and money. I would also love to work with Bebashi, because they’re really close to where I’m located now, and they have a food bank, so I’m going to be donating to that.”

Cuffie-Scott’s culinary training comes from his two years at Johnson and Wales’ culinary program. After earning his associate’s degree there, he transferred to Temple and graduated with a degree in Communications. Cuffie-Scott will also sell baked goods at the Lansdale Farmer’s Market starting on June 20th.

“The idea for Darnel’s Cakes came from a fundraiser on World Aids Day that I did after my cousin Darnel died,” Cuffie-Scott said. “It was a way for me to have an outlet for the things I was feeling, and a creative outlet since I wasn’t working in culinary at the time.” The fundraiser proved successful, and the project went from a one-off fundraiser to a permanent spot at Lansdale Farmer’s Market, Cuffie-Scott became a member at the Enterprise Center, which specializes in supporting minority entrepreneurs.

The bakery is located at 444 North Third Street, and is currently open Sundays, 11 a.m. to sell out, with expanded hours coming. His soft opening on Sunday, June 7th, went better than he expected, so he’s working on expanding his offerings and hours.

“I’ve had to pivot a little bit because the original menu for the cafe was aimed at the people in the offices above the cafe,” Cuffie-Scott said. “Now, I’m focusing more on things that people can buy to eat all week, plus biscuit sandwiches and coffee.”