There will (of course) be pita and hummus, but also classics like sabich, schnitzel, shakshuka and more. 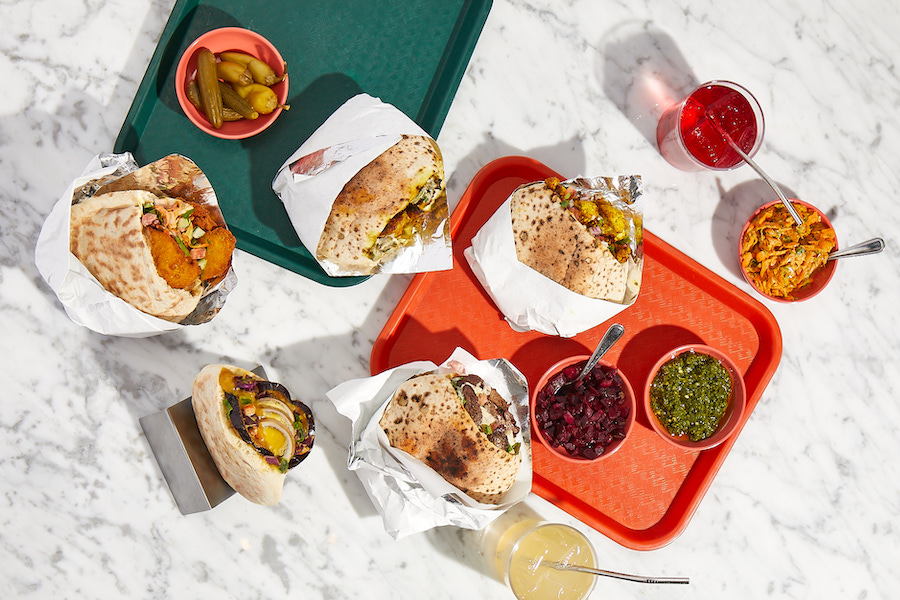 The pita sandwich spread at Merkaz. | Photo by Michael Persico

Michael Solomonov is on a mission to get Philadelphians to eat hummus for breakfast. At CookNSolo‘s new spot, Merkaz, diners can tuck in to a morning bowl of hummus foul, a bowl of their always-incredible hummus, topped with stewed fava beans, a drizzle of olive oil, all spooned up in a round of warm pita. Or, you can have a thick slice of pita toast slathered in za’atar butter, or a sort of pita breakfast sandwich stuffed with eggs, labneh and vegetables. There will also be shakshuka every day.

Merkaz (which means center) is an ode to Israeli street food, headed-up by CookNSolo’s Henry Morgan. He’s a company alum whose been running Dizengoff for the last few years, perfecting his ability to pump out delicious hummus and pita for lunchtime crowds in Center City. The menu pulls from the team’s research trip to Israel last year, where they sampled endless sabich, a super-traditional Israeli street food of pita filled with, crispy eggplant, slow-cooked, plus tehina, Iraqi pickled mango sauce and chopped salad. Morgan’s take on a sabich is a close replica of the best versions he sampled while on the trip.

In addition to sabich, schnitzels and lamb pita sandwiches, there will be rotating hummus specials and salatims, as well as the option to purchase rotisserie roasting whole heads of cauliflower or entire za’atar crusted chickens as a take-out or dine-in dinner option for 3-4 people. These will be served with hummus, pita and salatim. Local favorite coffee company, Ox Coffee, is providing beans for the full coffee program, which will be available all day alongside gazoz, a fresh Israeli soda in flavors like hibiscus grapefruit and celery coriander. 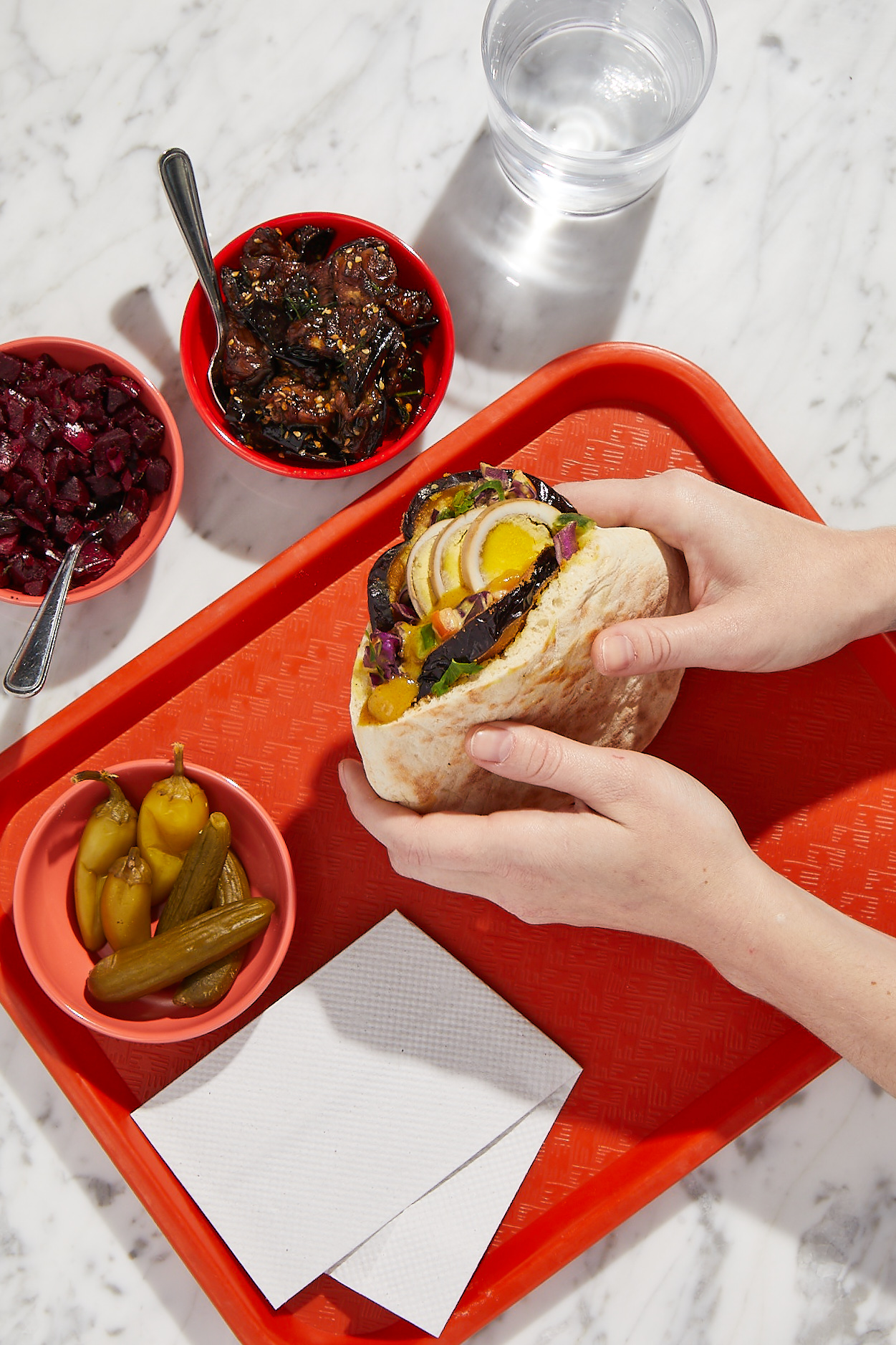 The sabich | | Photo by Michael Persico 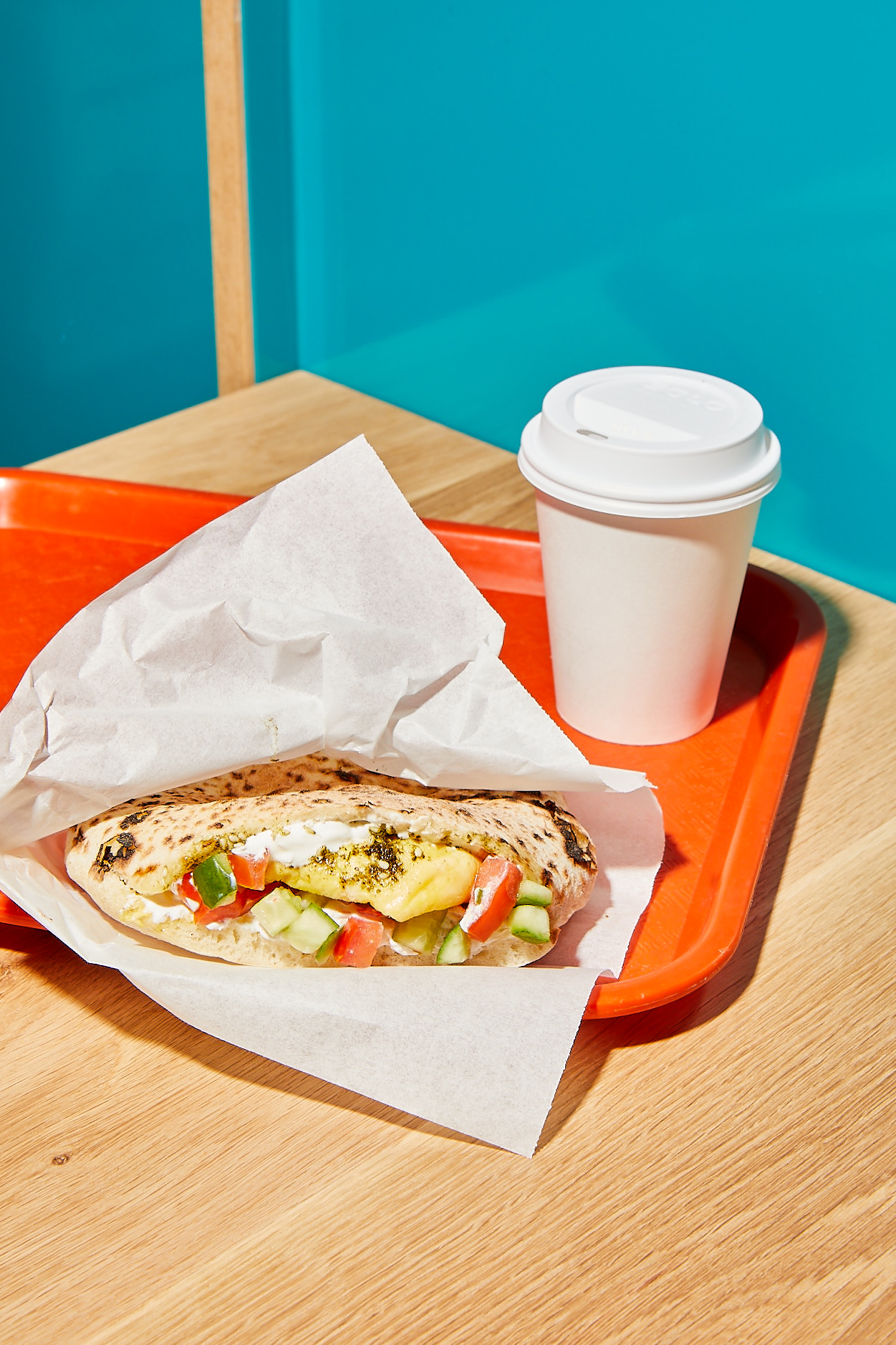 Egg in a pita sandwich | Photo by Michael Persico 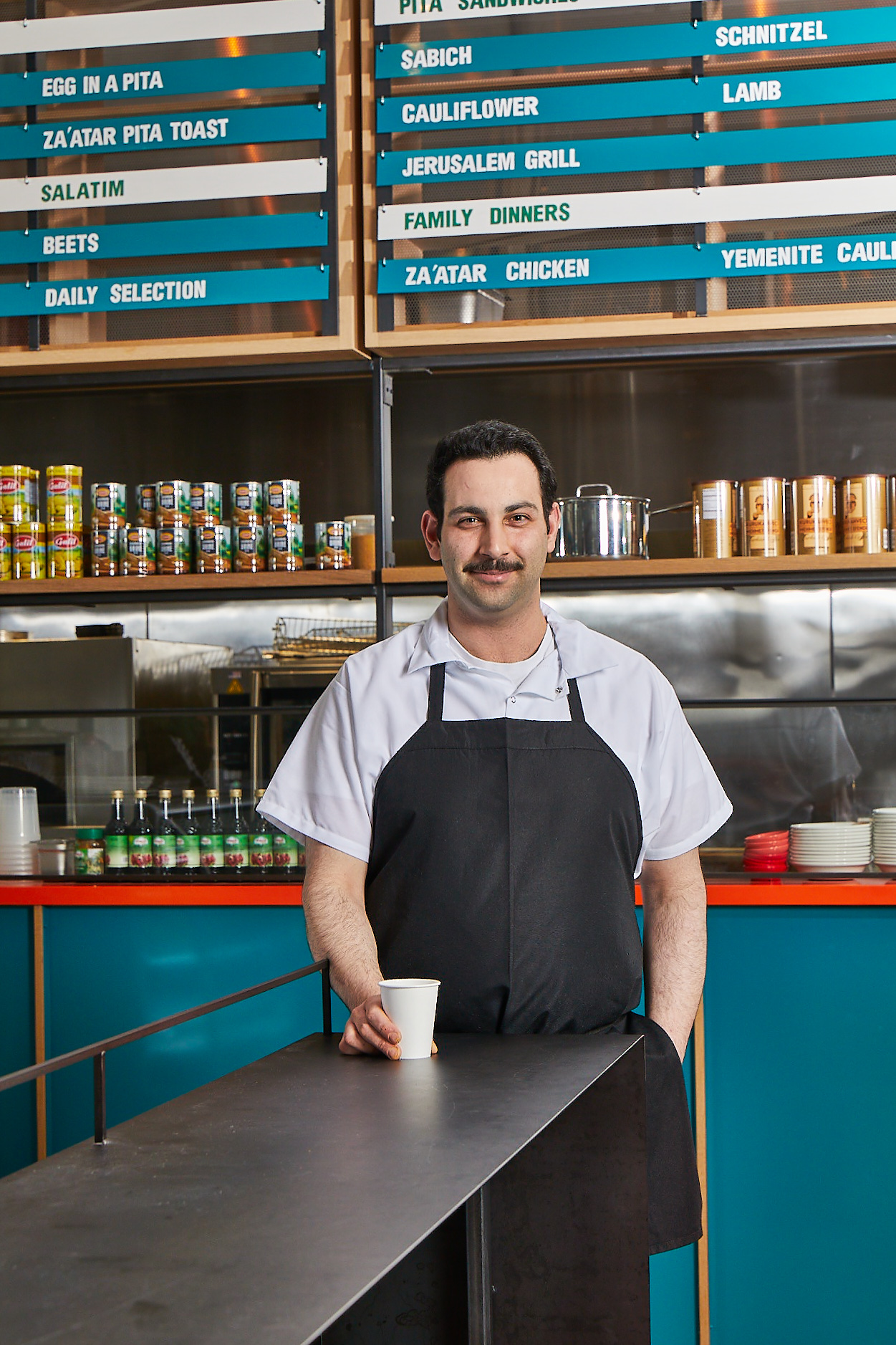 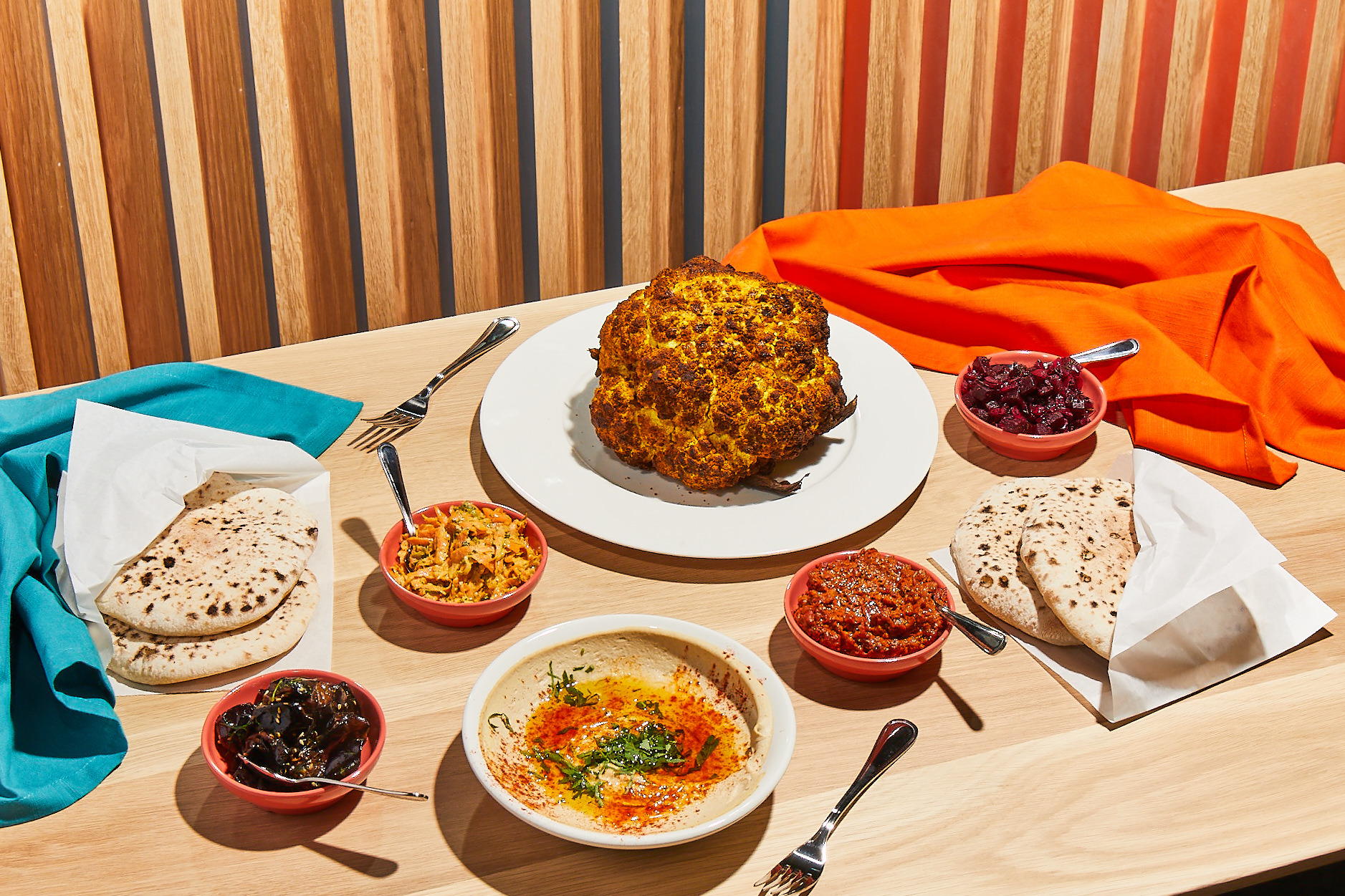 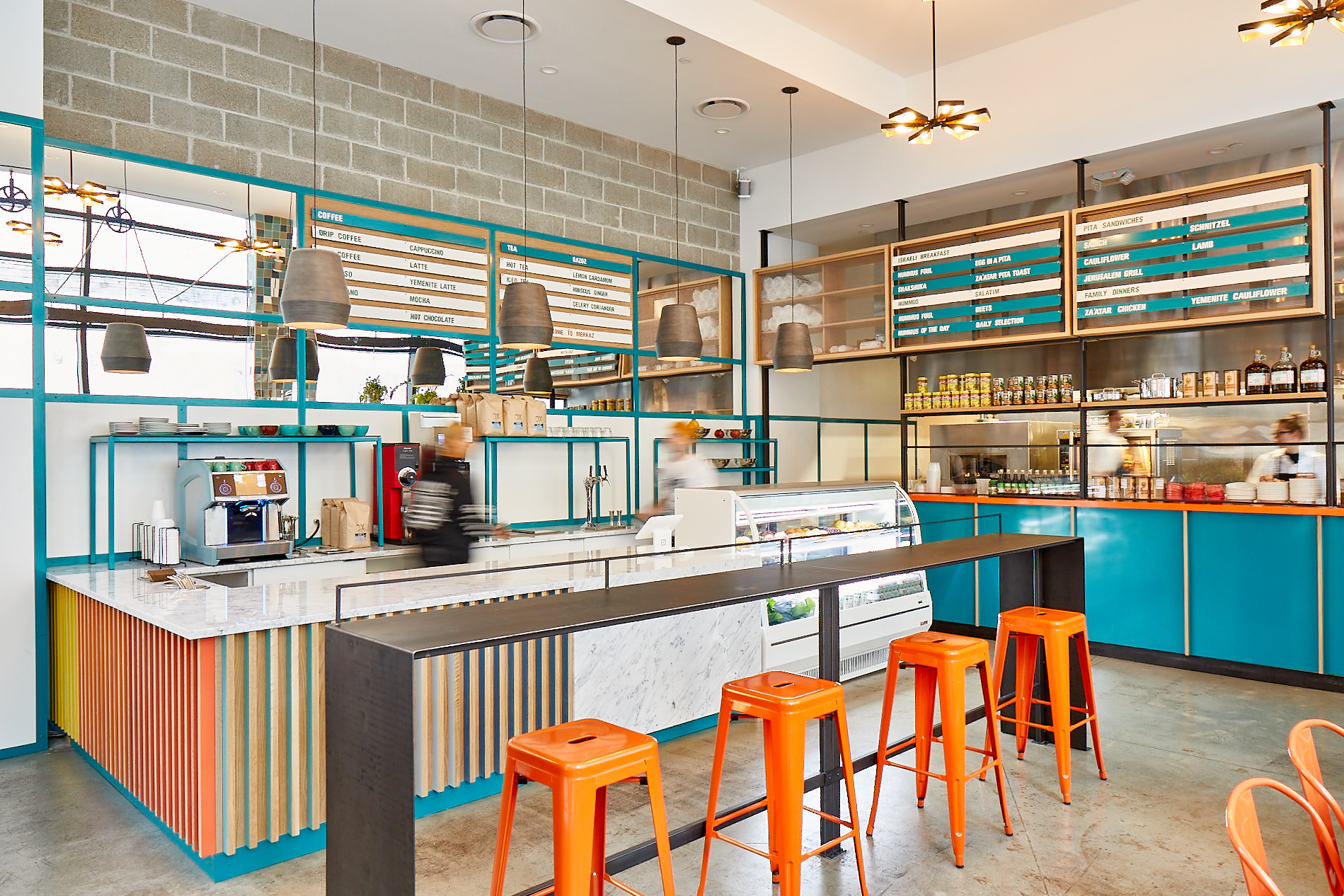 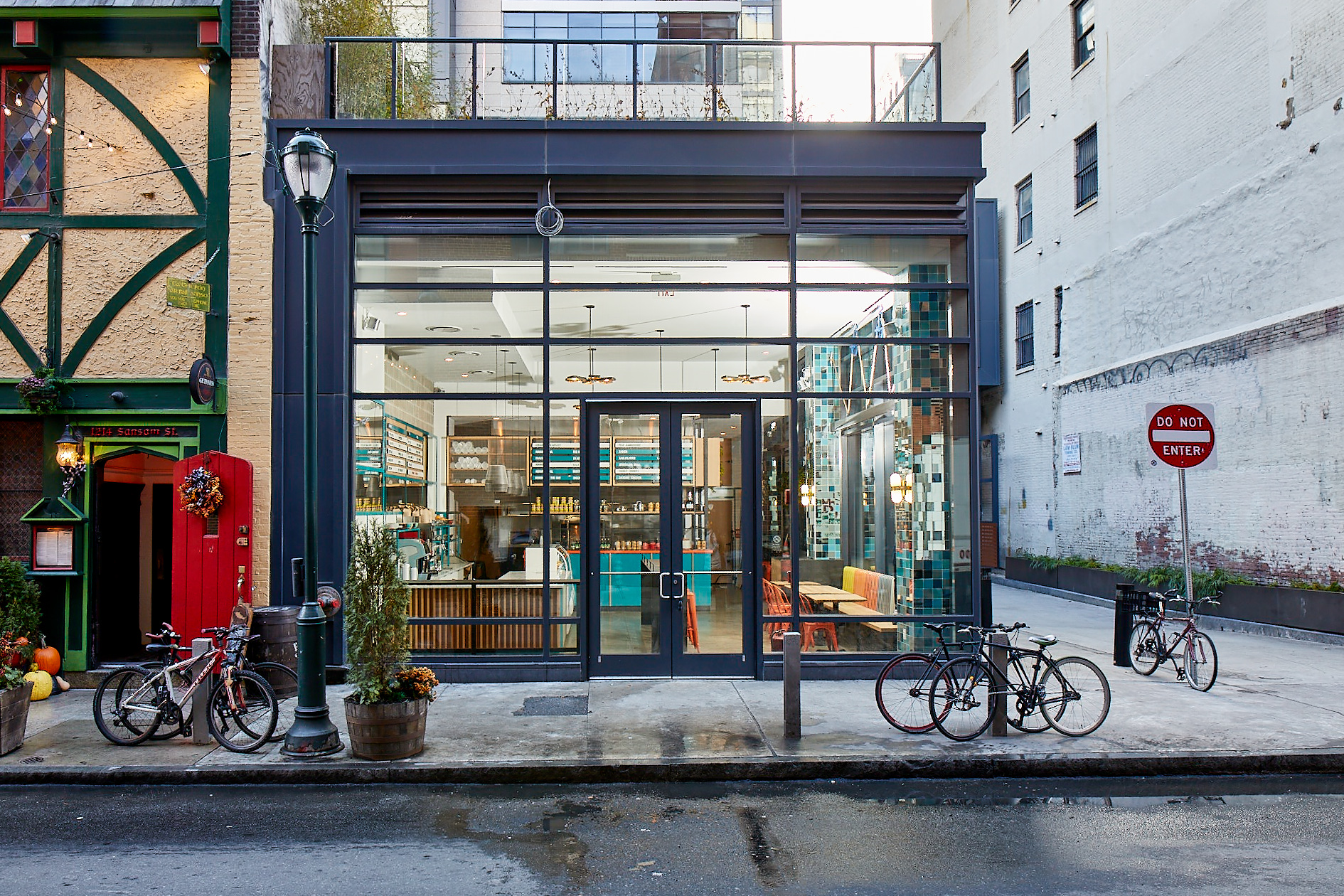