Top Chef-Themed Restaurant to Open in the Comcast Center

Former contestant and Philly native Eddie Konrad is consulting on the menu and design. 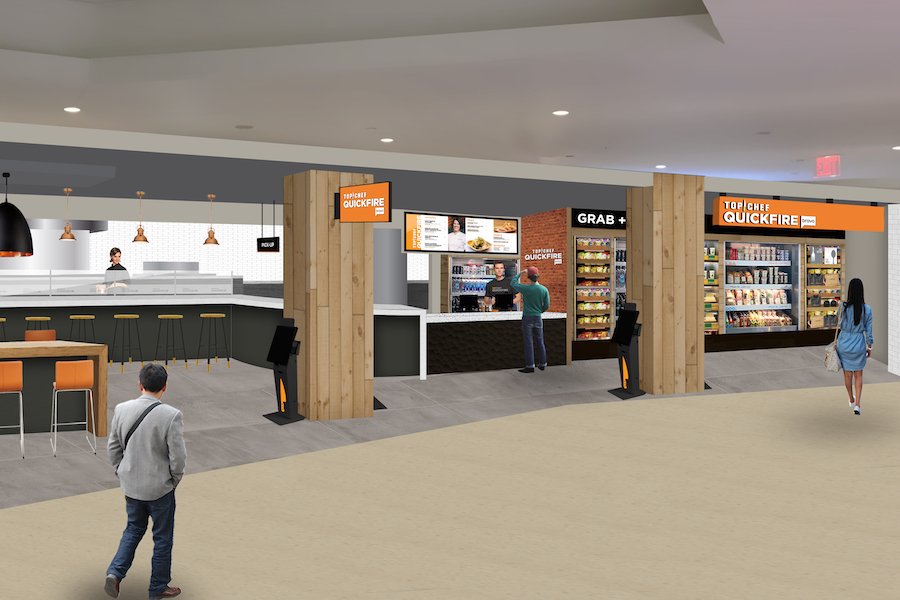 If you’ve always wanted to grab lunch inside an episode of Top Chef, you’re in luck. Bravo’s culinary competition, in partnership with Spectra, a food service and hospitality company, has announced plans to open a new location of their Top Chef Quickfire concept inside the Concourse at Comcast Center at 1701 John F. Kennedy Boulevard.

Philadelphia native and past Top Chef contestant Eddie Konrad (previously of Laurel) is “working behind the scenes as a consultant to assist with menu development” according to promotional material. The opening menu and chef will be announced later this year, but guests can expect grab-and-go options, an open kitchen and a sit-down counter. The food will be inspired by dishes from Top Chef’s past contestants.

There will also be “integration of technology through video screens and interactive kiosks” that will “pair food with the stories of Top Chef”, whatever that might mean.

The Concourse at the Comcast Center currently houses several fast-casual dining options including a Starbucks, an outpost of the Di Bruno Bros., and a Termini Bros. Bakery, among others. Philly makes some sense for an outpost of Quickfire, since it is home to two Top Chef winners Nicholas Elmi and Kevin Sbraga, though promotional materials do not indicate that they are involved in any way. Spectra, the hospitality company behind the concept, is also based here in Philly.

Quickfire will be open for lunch, aiming to cater to weekday business-lunchers, as well as tourists visiting the area. The Philadelphia location follows the first Quickfire concept, a concession stand in the SeatGeek Stadium in Chicago, home to Major League soccer team the Chicago Fire.