Jean-Georges is one of the most anticipated restaurants ever to open in Philly. Was it worth the wait? 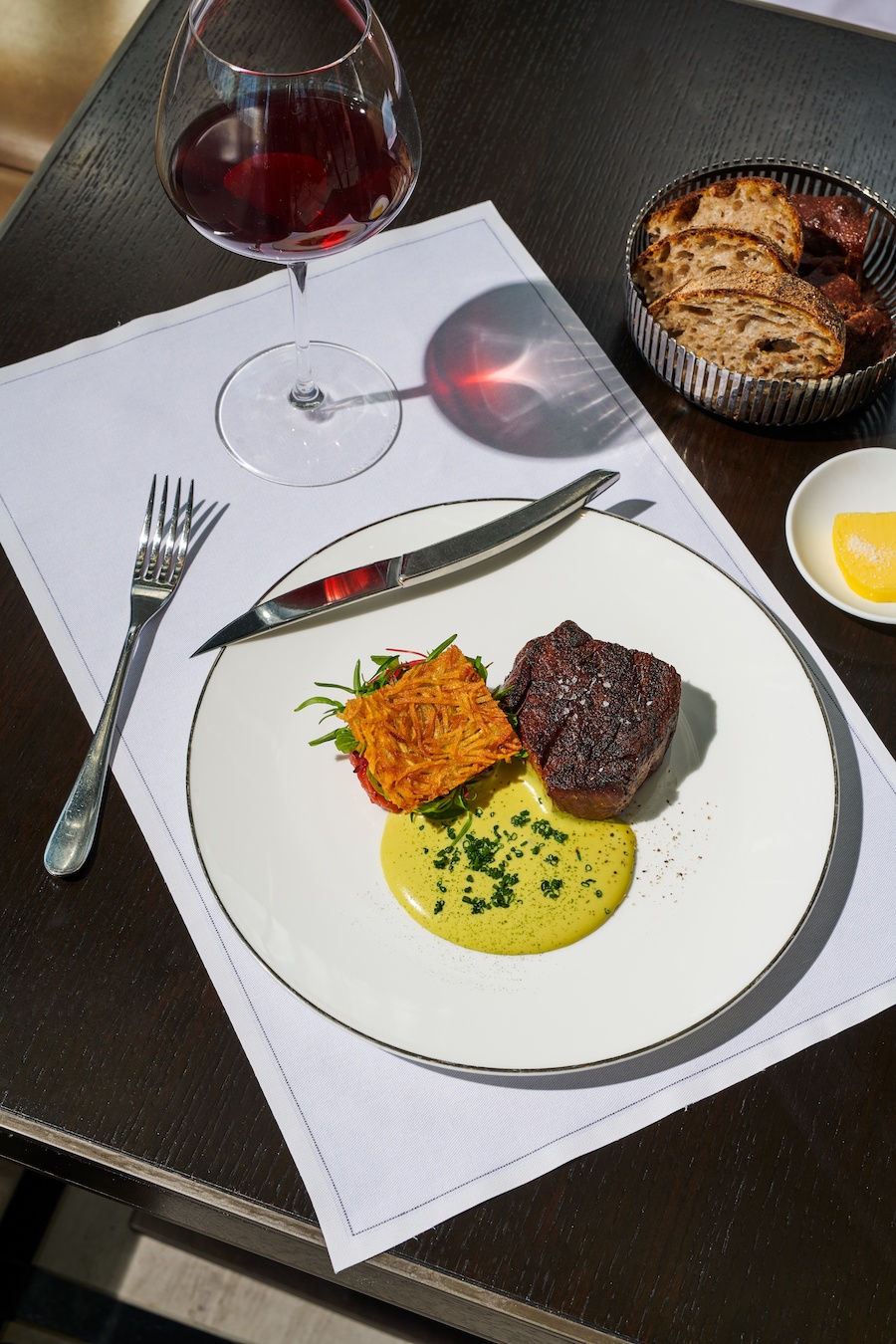 The elevator ride up to Jean-Georges takes less than 60 seconds. It’s Willy Wonka-esque — the speed, the acceleration, the view of the city growing smaller and broader the higher you rise.

At the top, the doors open to light and glass. To the sound of muffled voices and jazz and concierges standing behind counters, gently easing you along. JG SkyHigh is like a lobby bar to the main dining room. Uniformed bartenders, tall windows, sprays of foliage. It’s a gimlets-and-white-wine crowd, Philly all dolled up in its Saturday-night best and out for a goddamn romp.

Order This: The tartare, a composed salad, and the wagyu tenderloin — all from a seat near the windows.

To get to the main dining room, you walk downstairs between waterfalls and black marble walls. The ceiling is all sharp angles and mirrors. A second bar in the middle of the room. Tables pushed up close to the windows. Beyond that, only sky and the whole city laid out before you, silent and beautiful and distant.

The host pulls out a chair for my wife, Laura, while he shoos me away. “For the lady,” he says, pointing down toward Boathouse Row. “The view is better.” 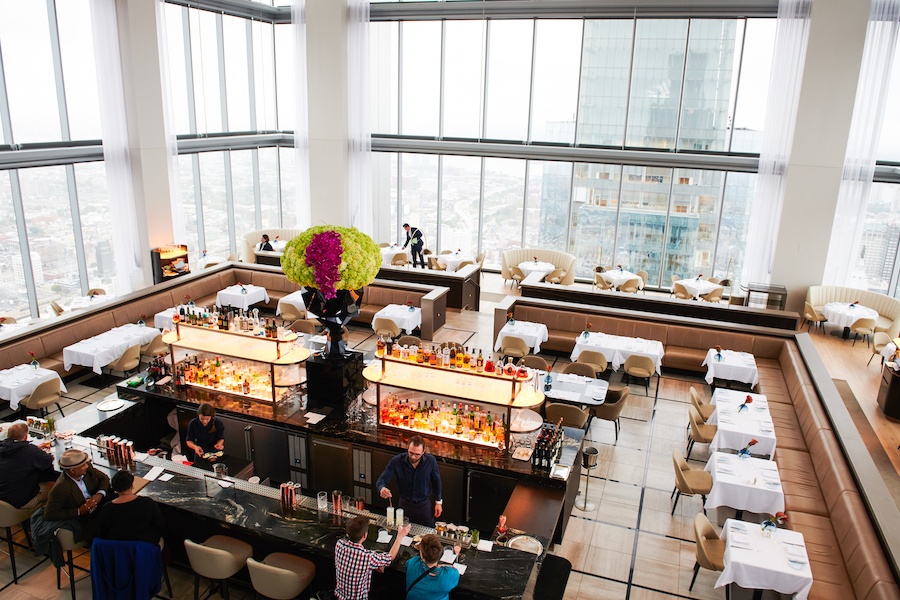 The dining room at Jean-Georges Philadelphia | Photo by Ian Shiver

We dine from a menu front-loaded with caviar (three versions) and raw proteins and vegetables. The beef carpaccio is laid down in a meaty starburst, speckled with finishing salt, topped with a quenelle of harissa-spiked tomato paste that burns through the wagyu’s rich marbling of fat. The broccoli soup is made with coconut milk and Thai spices. The heirloom tomatoes come swimming in a summery cherry vinegar that could’ve been lifted straight off the table at Alice Waters’s house, and the corn ravioli — sweet and tiny, paired with warm cherry tomatoes — are seasonal Bucks County through and through.

Across from our table, a group of aging Business Bros gets louder and drunker, quoting lines from The Jerk absent any irony. For reasons I can’t understand, the automatic shades on some of the 40-foot-tall windows keep going up and down. When I ask our server, she laughs: “Yeah, we don’t know why they do that. But I was up here alone one night when they all closed … ” Scared the hell out of her, she said. She went straight home. But she loves it here when thunderstorms come in, because even though you can’t see much, the lightning sometimes snakes past the windows. 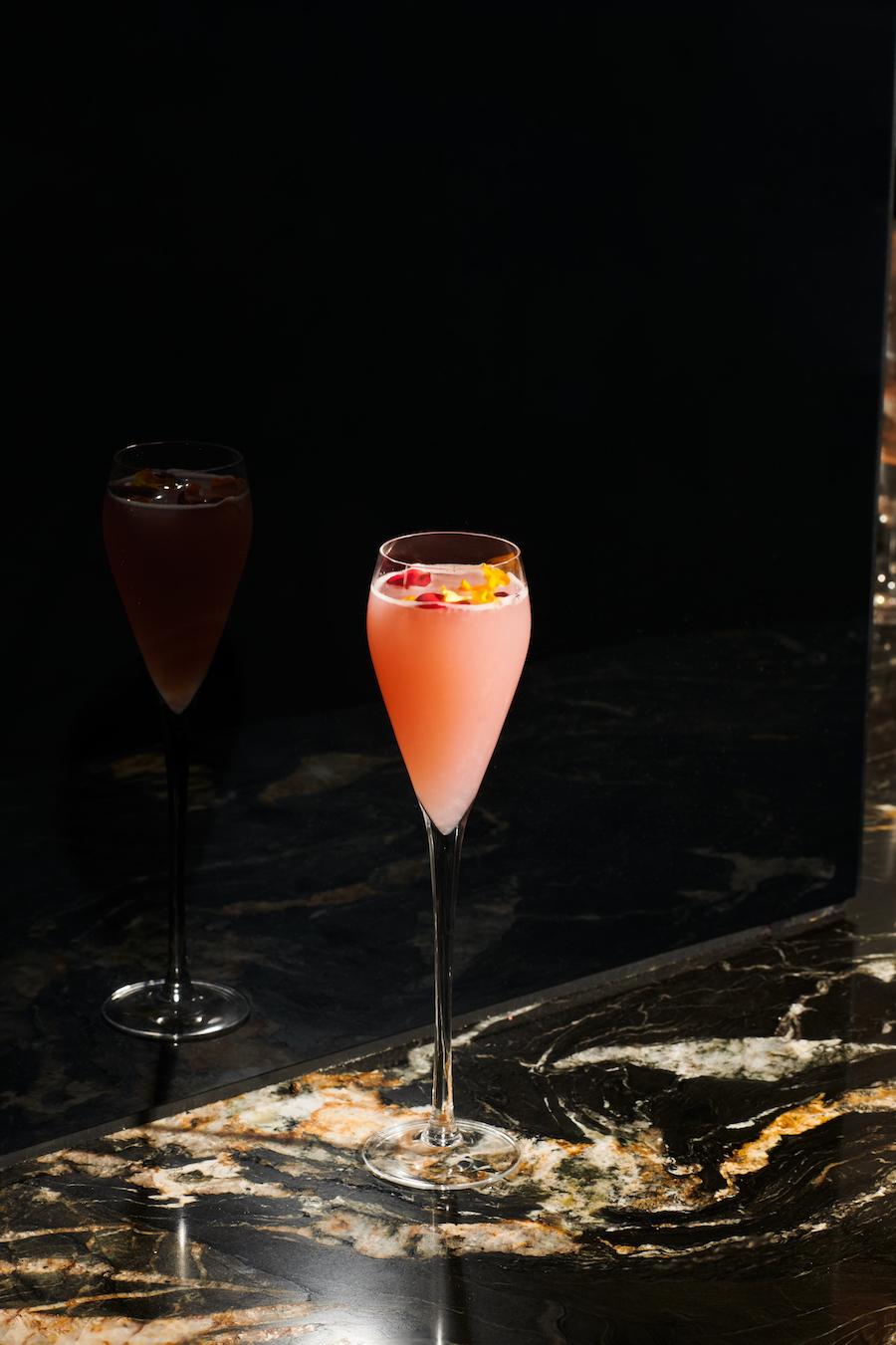 I order the peekytoe crab with a tangle of raw fennel on top and dig the double-sweet hit of the tender flesh dripping with Cavaillon melon juice. The lobster in garlic broth with the stuffed squash blossom has already rotated off the menu, replaced with a roasted tail curled like a comma around chopped romanesco cauliflower in a slick of romesco sauce and lime, and I find that disappointing, because romanesco has never screamed luxury at anyone except maybe mathematicians who appreciate the fractal geometry. But the lobster is nice. The meal, overall, is fine. Good, but not, you know, mind-blowing. It’s as rich and as international as its namesake (Vongerichten has restaurants in Manhattan, Paris, Shanghai, Jakarta, beyond), but there’s a safety to it. An elite kind of cuddliness. It’s comfort food for the one percent, not inventive or daring enough to disrupt anyone’s notion of what fancy ought to taste like.

So, ultimately, there’s an existential question at play in any meal at Jean-Georges. You have to ask yourself: Why am I here? What are you paying for, exactly? What are you taking in trade for your money and time? 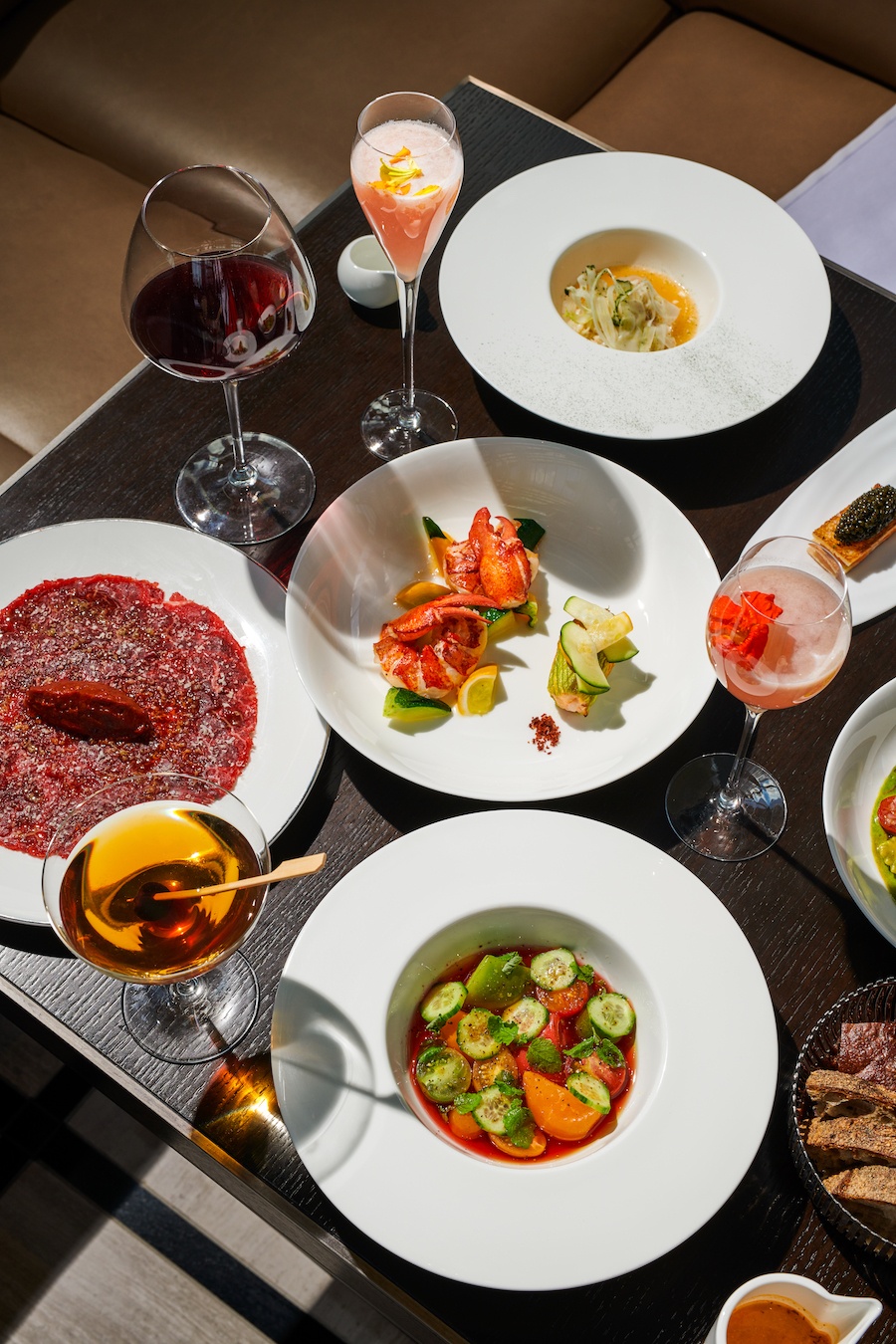 If you’re there solely for the food, maybe think twice. There are better feeds to be had in Philly, more thrilling meals, more exceptional plates done by and for mere earthbound mortals. But if it’s the experience of dining at Jean-Georges you’re after — the luxury, the service, the coddling, the slick, giddy feeling of rising up to dine among the city’s rich and powerful at a table above the clouds — then sure. That’s worthwhile. No matter where you look, the view is as stunning as promised. There’s no place in the city like it. This is truly a destination restaurant, possessing a gleaming physicality of presence that no other restaurant in Philly can match.

Riding down again after dinner, Laura and I slump against the wall and watch the floors snap by. The Business Bros are in the Wonkavator with us, taking the ride.

“You know,” one of them says, “they actually had to slow the elevators down. They used to be faster, but people kept throwing up.”

Around him, his friends nod and make murmuring noises of assent. One of them — the drunkest — leans against the glass, looking green under the eyes, ready to blow.

And not for the first time, I thank all those who’ve labored so mightily to make Jean-Georges the restaurant it is. A place where every angle is meant to impress. Where every detail of the experience has been thought out in advance.

Where even the drunk and boorish can enjoy their night at the top of the world.