For the first time ever, the East Passyunk restaurant will serve the nine-hour-long traditional Abruzzese meal in summertime, with a slate of new dishes, live music, and outdoor seating. 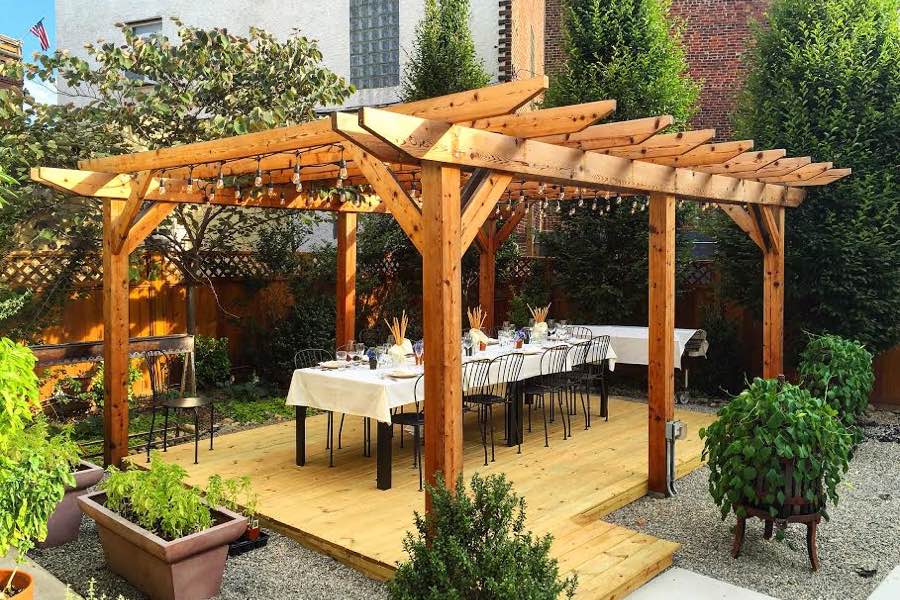 Le Virtù has added a second date for its annual 40-course, nine-hour marathon meal — and this time, it’s al fresco.

The feast — Mastrogiurato Panarda — is held annually in late summer in Italy’s Abruzzo region and began in the 14th century; restaurateurs Francis Cratil-Cretarola and Cathy Lee have made it a tradition at their East Passyunk restaurant.

Le Virtuù typically hosts La Panarda in winter, and we’ll have that to look forward to later this year. But 2019 is the first year they’ve added a summertime event — and you can snag one of 35 seats available for the August 25th feast when they go on sale tomorrow afternoon. A summer date means that the epic dinner can take place on Il Campo, the restaurant’s outdoor garden (as long as it’s not raining or unbearably hot, in which case tables will be available indoors).

While the meal is something of a marathon of more than 40 dishes and eight wine pairings served over about nine hours, they’ve built in three breaks for diners to stretch their legs, plus some other fun stuff besides the food.

The day will feature live folk music from local musicians, including an Abruzzese bagpiper. Two ice luges carved into the shape of Abruzzo’s signature animals, the Apennine wolf and Marsican brown bear, will serve shots of Le Virtù’s house-made Forte e Gentile digestivi to settle the stomach between courses. (While management understands that guests may need to take breaks from eating at some points during the day, diners are encouraged to try at least a bite of each dish to get the full experience.)