Salt Potatoes, Funnel Cake, and 6 Other Things to Eat in Philly This Month

Our ranking of the best things to eat and drink in Philly right now. 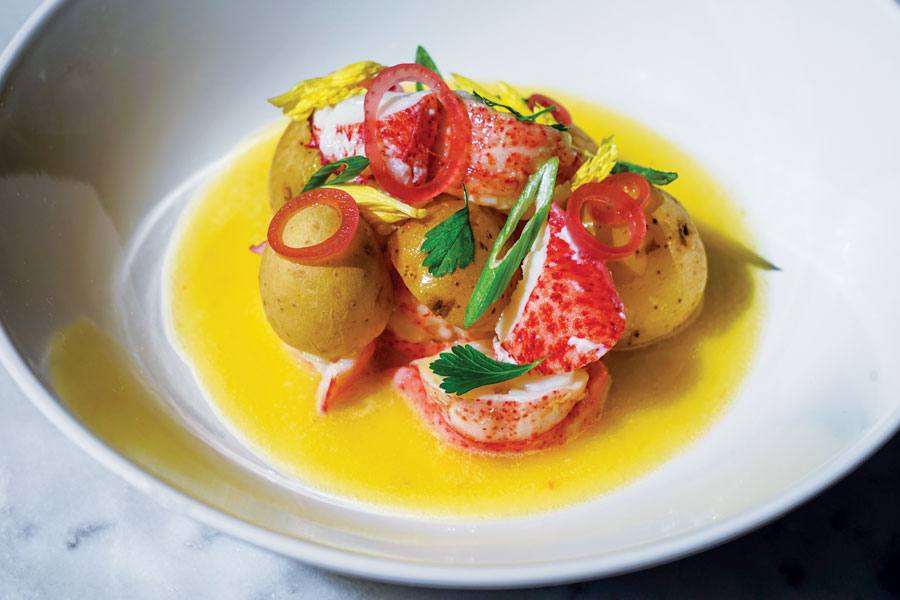 We know, we know; you’ve already got a trusty breakfast order. But believe us when we tell you that the corned beef hash at Sulimay’s is better than any diner order you’ve had before. The beef is braised in Kenzinger beer, then the whole thing is crisped up and served with farm eggs. 632 East Girard Avenue, Fishtown.

After mostly sticking to one very good script, chef/co-owner Ian Moroney has switched things up at his nearly 15-year-old BYOB. This dish — in which small white potatoes are boiled with a boatload of salt — is inspired by his Syracuse roots. The heap of buttery lobster or lump crab he piles on top? That’s just brilliantly bougie. 1713 South Street, Grad Hospital.

Funnel cake is for boardwalks, not BYOs, right? Wrong. At Adam Diltz’s first solo restaurant — which is dedicated to the regional cuisines of Pennsylvania — you’ll find a big, tangled mess of delicious fried dough, served with honey from his own beehive and wild grape puree made with fruit grown at his grandma’s house. 1007 Frankford Avenue, Fishtown.

Ploughman makes some of the best ciders around. But you knew that. So next time, go for the sleeper hit: Distelfunk, a wine made of peaches and fermented with wild yeast. It’s tart and funky and a great addition to BBQs. Find it at bottle shops and distributors like the Beer Yard. 218 East Lancaster Avenue, Wayne.

5. A Korean BBQ feast at Songsan

This newcomer (shout-out to the ML for the sharp increase in international restaurants opened in the past year) has a $140 combo meal that feeds six. You’ll grill eight different meats right at your table and get an abundance of banchan sides to round out the experience. 66 Rittenhouse Place, Ardmore.

6. The Hamilton at Poe’s Sandwich Joint

Mark Mebus, owner of beloved vegan pizzeria Blackbird, got in on America’s newfound love of square pies and slices and set up his own shop last spring. Thoughtful and unexpected toppings change seasonally, but the crust is a constant, made with freshly milled flour from Lost Bread Co. 108 South 20th Street, Rittenhouse.

It’s the first new Yards beer in three years. It’s a hefeweizen brewed with lime and orange zest. It’s made for summer. It was worth the wait. Find it in stores and at their taproom in NoLibs. 500 Spring Garden Street, Northern Liberties.

Published as “The Menu” in the July 2019 issue of Philadelphia magazine.