With Black Restaurant Week, Philly Restaurateurs Stake Their Claim in the Culinary Community 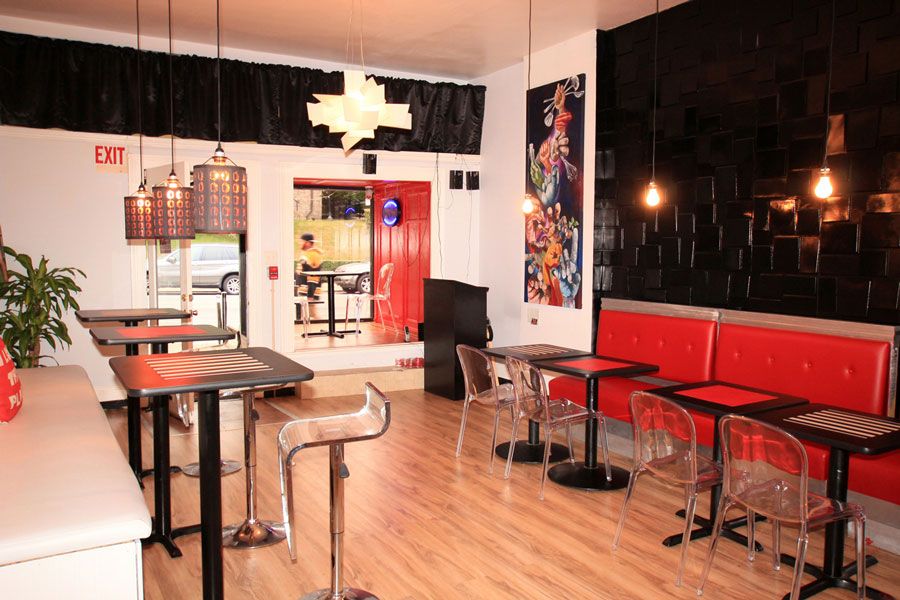 “Once I get you in the door, I’ve got you,” says Darlene Jones, owner and chef at Overbrook’s Star Fusion. Her restaurant, which serves a menu blending flavors and techniques derived from Asian cooking with soul food classics, saw a spike in customers during Philadelphia’s second annual Black Restaurant Week, a 15-day initiative that ended on June 23rd.

“I’ve been around for three and a half years, and people will still come in and say ‘I never knew you were here,’” says Jones. “Black Restaurant Week really helped out our business so much that I wish we could have one every three months.”

The initiative was founded in Houston in 2016 by entrepreneurs Warren Luckett, Falayn Ferrell and Derek Robinson. It expanded to Atlanta in 2017, then debuted here in Philly and in cities like Dallas, Los Angeles, New Orleans and Oakland in 2018.

This year, 12 restaurants across the city participated in Black Restaurant Week, which is designed to boost exposure and bring foot traffic to Black-owned dining rooms — especially in areas like Southwest and North Philly that don’t get the same foot traffic that businesses in neighborhoods like Center City enjoy. They range from eclectic spots like Star Fusion, with its spring roll bar and smoked potato salad, to dining rooms like Booker’s in West Philly, which serves fresh, contemporary takes on soul food and Creole fare.

As with other restaurant weeks, participating restaurants pay a submission fee to cover marketing, which they recoup — and then some — in boosted business during the event and beyond.

“We’re more about pushing communities to support these local businesses more than anything,” says Ferrell.

Thanks to the uptick in promotion, restaurateurs who participate also see an increase in their bottom line. Chef Reeky at Rhythm & Brunch Café in Southwest Philly estimates that sales were up 10 percent during the initiative this year — not too shabby in an industry with razor-thin margins. First-time participant Bistro 870, another West Philly spot, just had its biggest sales week since opening in 2016. And Jones recently has expanded her empire with two more businesses, Blu Diamond Juicery and Star Fusion Express. She attributes her success in part to joining last year.

For Black Restaurant Week 2020, Ferrell hopes to boost outreach to highlight Black-owned food businesses that might not yet be at the brick-and-mortar stage. “We like to add on events that allow us to focus on caterers and food trucks,” she said. “A lot of Black-owned restaurants start out as catering businesses, so we want to create business opportunities in that sector of the Black culinary industry.”

There are some unique challenges to growing the initiative compared with other restaurant weeks. For starters, the number of Black-owned business in Philly is small to begin with.

Despite the fact that over 42 percent Philadelphians are Black, only one in 40 businesses in Philadelphia is Black-owned, according to the Pew Charitable Trust’s 2019 State of the City report. That’s less than three percent.

“There are successful Black restaurants in Philadelphia, of course, but their owners often face a hurdle that their white counterparts don’t: While Italian and Chinese restaurants are perceived to be for everyone, Black restaurants are mostly thought to be for Black people,” Philly Mag’s Ernest Owens wrote on the issue last year. Thanks in part to Black Restaurant Week, this perception is starting to change.

Your typical restaurant week promotion features deals for customers and a boost in sales for owners — but in the end, diners have done nothing more than indulge in a fancy dinner on a budget.

Black Restaurant Week, on the other hand, is a way for Philadelphia’s Black culinary community to stake its claim in a vibrant food scene in which restaurants that serve Caribbean, African or African-American cuisine are often ignored outside the Black community. This initiative proves to be beneficial for Black restauranteurs, which in turn will encourage more Black restauranteurs to come to the forefront.