Our ranking of the best things to eat and drink in Philly right now. 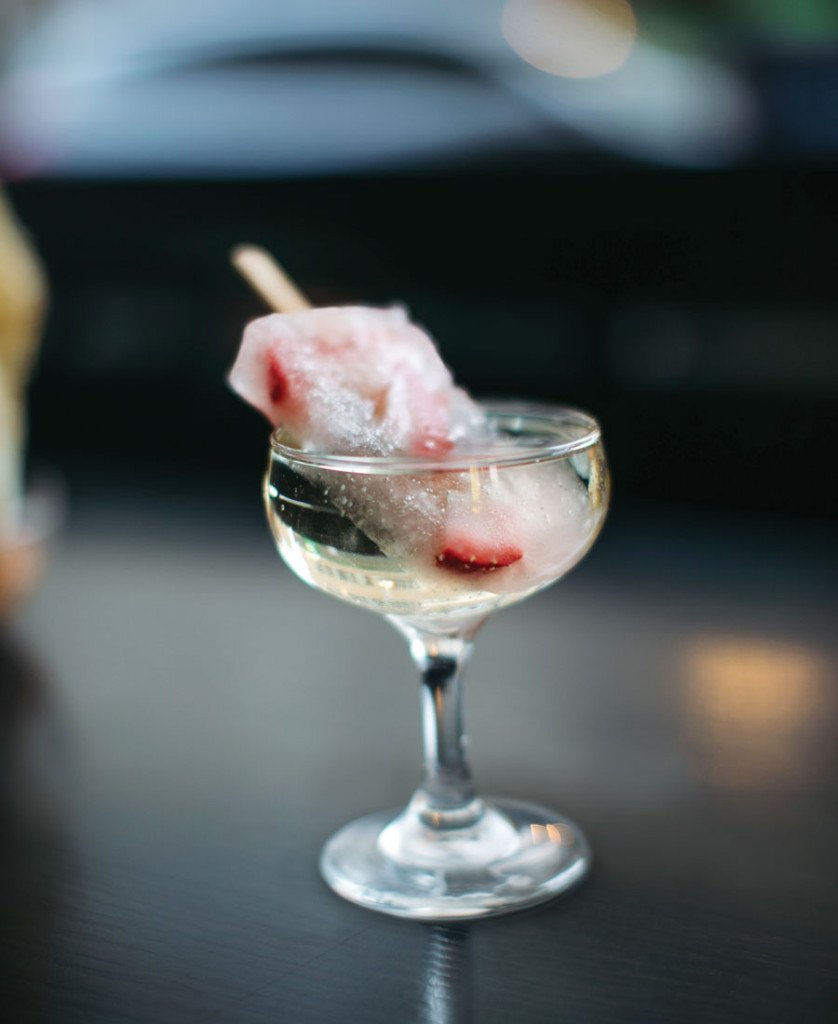 This month, try Champagne popsicles like The Poparazzi at A.Bar. Photograph courtesy A.Bar.

One server recently described this as “sunshine in a bottle,” which isn’t an oversell. Infused with Valencia orange juice and clocking in at just four percent ABV, the Belgian wit-style beer starts off funky, finishes clean, and pairs perfectly with pizza and day drinking. 1700 North Palethorp Street, Fishtown.

It’s the house-milled grains that make Chris Wright and Gina Rubinetti’s extruded and hand-formed pastas better than most. Snap up the seasonal filled varieties — made in limited batches — because they sell out first. Find them at markets in Headhouse Square, Clark Park, Swarthmore and more.

3. Bryce Krispie treat at the Bakeshop on 20th

Inspired by ballpark snacks and our favorite new Phillie, this brown-butter-and-cereal rice treat is layered with caramel corn, pretzels and peanuts, then drizzled with melted chocolate and homemade caramel. Bryce and Kayla should be ’gramming one on @Harp.Eats any day now. 269 South 20th Street, Rittenhouse.

You aren’t the only one who thinks everything is better rolled and fried. This new spot has made-to-order versions like bacon, egg and cheese or Korean beef, plus Oreo Truffle for dessert. There’s Chinese veggie for the egg-roll purists, too. 459 West Butler Avenue, Chalfont.

The old-timey getup and motorcycle-sidecar-turned-freezer are charming shtick, but Christopher D’Emilio’s sorbets are the real deal; flavors like grapefruit mojito and papaya lime are made with fresh fruit. Find him roving around farmers’ markets in the city all summer long.

In childhood, the joys of summer include water ice and chasing down Mr. Softee. But there’s no need to yearn for the past: The “Poparazzi” is a champagne ice pop with grapefruit, vodka and berries, dunked into a glass of champagne. Sipping one while overlooking the square is one of the few things that are better about being a grown-up. 1737 Walnut Street, Rittenhouse.

The boozy seltzer made by twin brothers Vikram and Vivek Nayar (who were robbed in Rittenhouse, twice) has all-natural ingredients and no sugar. (Flavors, like watermelon cucumber and pineapple ginger, are subtle.) It also has a cool and innocuous can design, making it a no-brainer for that afternoon picnic in the park.

Published as “The Menu” in the June 2019 issue of Philadelphia magazine.