The twin brothers behind Two Robbers Hard Seltzer are betting that the can in your hand this summer won't be beer or cider. 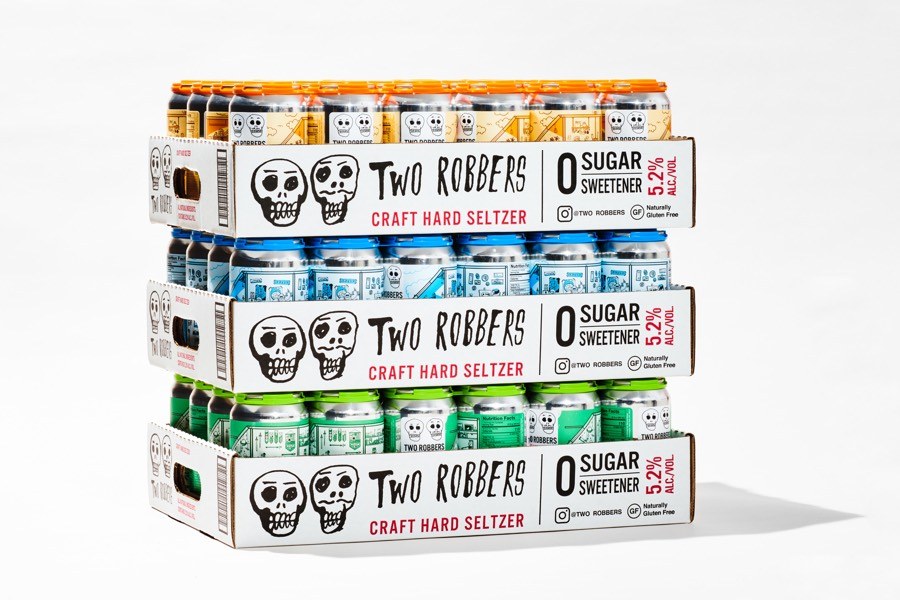 We all know that Philly is a beer town. Our state’s gallons of beer consumed per capita each year is second-highest in the nation at 12.9 in 2016.

But the seemingly ever-growing beer market has shown signs of leveling out for the first time in years — sales nationwide grew just one percent in 2017 — and other boozy beverages are jumping into the market.

One on the rise is hard seltzer. The Washington Post just declared 2019 the “summer of hard seltzer” after sales of the fortified fizzy water grew 169 percent to around $487.7 million last year. 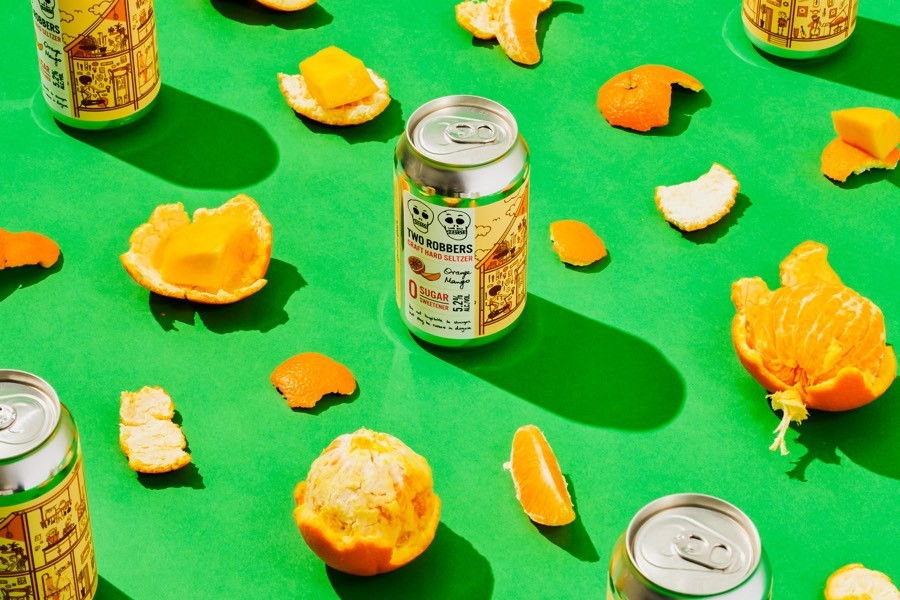 That’s what drew the attention of Vikram and Vivek Nayar of Two Robbers Hard Seltzer, twin brothers with a background in finance. They wanted to start a business, and the hard seltzer category had a lot of potential  — not just for growth, but to make a better product, too.

“We saw an opportunity to improve on what’s out there and create something differentiated from big brands like White Claw,” said Vikram.

The duo started brewing small batches at home and tinkering with the recipe. As the company prepared to launch, their Rittenhouse apartment was broken into not once, but twice; little did the thieves know they’d provided the brothers with a name for their company.

While some hard seltzers are made with fermented malt (similar to products like Mike’s Hard Lemonade, or beer itself), the Nayars cold-ferment cane sugar. Since it’s a simple rather than complex sugar, the result is an alcohol with almost no residual sugar or carbs that’s basically flavorless after filtration. It’s blended with water and just a hint of fruit flavor, then carbonated and canned for Two Robbers at a brewery in Central Pennsylvania.

“Customers drink it for different reasons, but it’s been a game changer for me,” Vikram said. “I love the taste and the lighter feel — I don’t like getting bloated. And it’s healthier.” 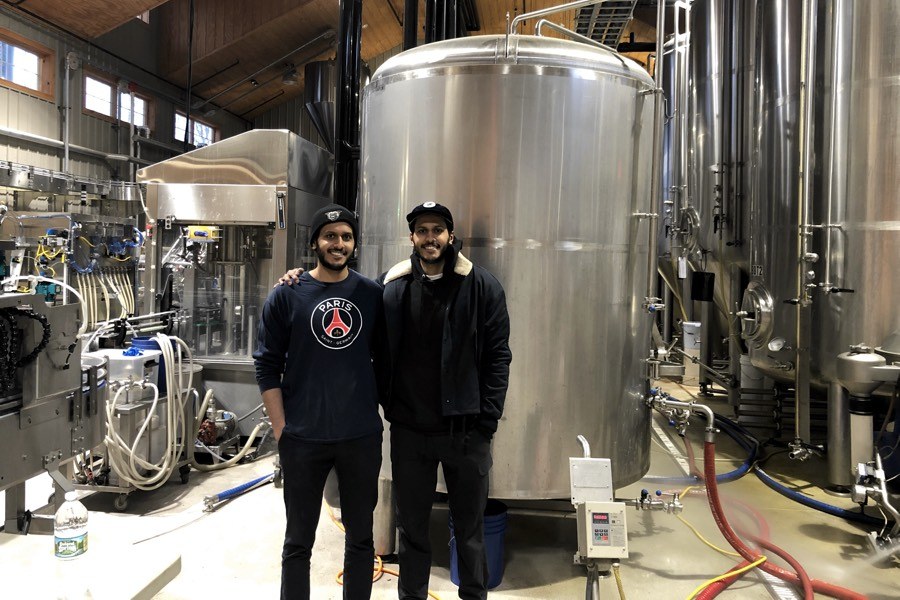 Each can clocks in at 5.2 percent ABV, a little higher than most national brands, with 110 calories, two grams of carbs, and zero grams of sugar. It’s also gluten-free. In comparison, the typical 5.2 percent beer has 160 calories and 15 grams of carbs. While both brothers drink and enjoy craft beer, they see hard seltzer’s lower-calorie, no-carb qualities as a big selling point for health-conscious drinkers.

“I don’t think I’ve picked up a light beer once since we started making this,” said Vivek. “It feels like it’s a fundamentally better product.”

I found that while Two Robbers’ flavors — watermelon cucumber, pineapple ginger, and orange mango — taste pleasantly natural, the experience of drinking it for the first time takes a little getting used to.

Seltzer, flavored or plain, is something I tend to chug without really thinking about it (ah, the carefree habits of a SodaStream user). And despite the beer-like ABV, you don’t taste the alcohol. Be warned: It’s easy to sip something so light and Lacroix-like that if you don’t watch yourself, you’ll get tipsy a lot faster than if you were consciously pacing yourself with beer or cider. 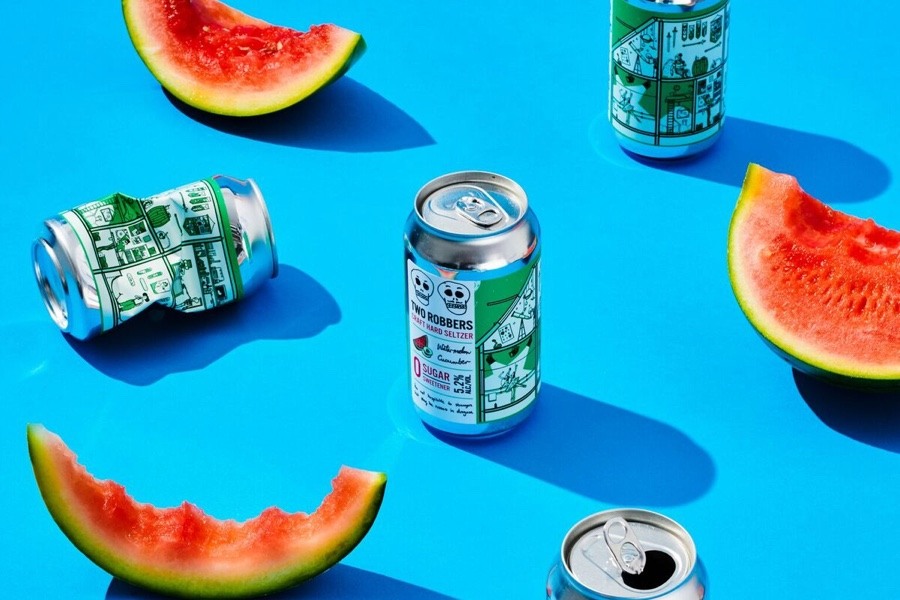 One way (besides the booze) that Two Robbers is different from regular seltzer? The founders don’t recommend using it as a mixer in cocktails, as some other brands have done.

“In our mind, we spent a ton of time perfecting our seltzer, and we want it to be perceived as a final product, like craft beer,” Vikram told me.

Okay, I get it — but that hasn’t stopped me from daydreaming that I’m on a beach sipping a session-able pineapple-ginger Two Robbers shandy over ice. What can I say, I’m a hydration nerd who hates hangovers.

Get cans of Two Robbers hard seltzer at bottle shops and beer distributors around Philly and eastern Pennsylvania like 320 Market, Bottle Shop on East Passyunk, Rybrew, and Local 44. Check out the full list of stockists here, and see where the brothers will be popping up with tastes of hard seltzer — including their official launch party on April 27th — here.