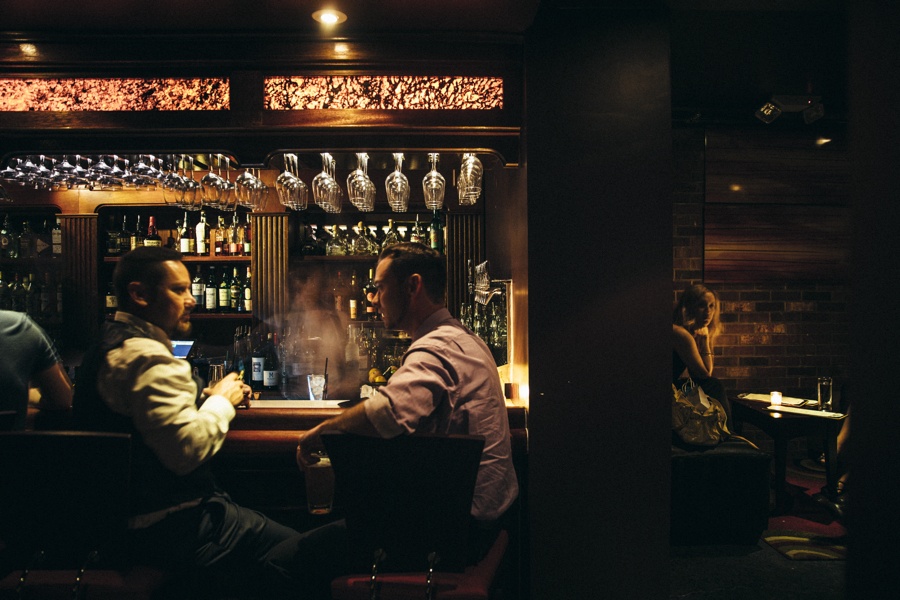 First, he opened one of the top cocktail bars in the country. Next, he teased us with details about the banh mi spot he’s got in the works. And last night, at Hop Sing Laundromat’s seventh anniversary party, enigmatic proprietor Lê announced his next move: taking over Rittenhouse bar Vesper at 223 South Sydenham Street.

To be clear, this won’t be Hop Sing 2.0. Lê is an operating partner at Vesper, and he has big plans specifically for the basement and first floor bars, including some light renovations to the space and improvements to the menu and overall concept (it won’t be a speakeasy anymore). He tells Foobooz, “I want to turn Vesper into what it used to be. A place for a great martini.”

True to form, he’s already calling it the “cheapest cocktail bar in Rittenhouse.” Lê joked, “I heard people in Rittenhouse pay higher taxes, so I want to give them an affordable place to drink. I want to make Rittenhouse great again.”

Lê hinted at other projects in the works last summer, when he announced that Hop Sing’s hours would transition to Thursday, Friday, and Saturday nights only. We’ve known about Pussyfoot Johnson, Lê’s forthcoming banh mi shop, for a while, and now we know how he’s been spending the rest of that newfound free time.

The Vesper has a long history: it began in 1901 with a crew of Mummers who wanted a place to drink on Sundays, then became a private dining club and favorite power broker hangout (think Frank Rizzo and mobsters) in the ’40s. In 2015, it was reborn as a short-lived Prohibition-era speakeasy/password-protected dining room/live music venue in 2015 before its most recent incarnation as a sports bar/club in 2017.