Temple Students Rally to Save Food Trucks Threatened by Enforcement

Implementation of a 2015 regulation would require the university's beloved food trucks to move off-campus each night — a change that petitioners fear could put many out of business. 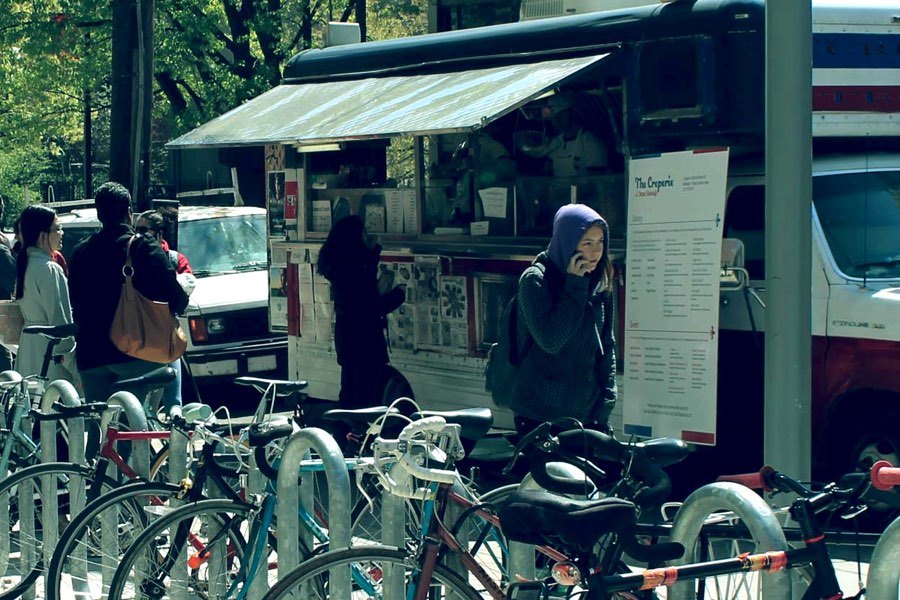 A Temple University student has started a petition in support of the school’s 50 food trucks, which will be affected by upcoming enforcement of a 2015 regulation designed to promote safety in mobile vending.

Food truck operators around Temple received a letter on April 17th detailing the new policy, which the university would begin enforcing on April 29th, according to BillyPenn.com. Though it’s been on the books for three years, the regulation in question has rarely been enforced due to staffing shortages at L&I.

Evan Kassof, a Temple student, started the petition, which outlines the challenges presented by enforcement:

It is common knowledge that many of the vendors at Temple do not move nightly, and the increased costs in maintenance, labor, and lost business due to the more limited hours of operation is likely to cause many of these vendors to close. The people who own and operate these Food Trucks are members of Temple’s community, some having been here over 30 years. These businesses are owned locally, many by minorities and immigrants. Food trucks create a sense of community on campus in ways the various Aramark-run food halls cannot.

Petitioners demand that the university and city council collaborate to create an exception for the mobile food vendors operating in the Temple University District to allow for overnight parking. The petition also includes a demand for university president Richard M. Englert to issue a public statement in support of food truck operators.

The current regulation already outlines specific requirements for food vendors in the district, such as the use of electrical hookups versus gas-powered generators to make the trucks run cleaner and quieter.

“Food trucks have been a part of Temple life for a long, long time,” said Ray Betzner, Temple’s chief university spokesman. “Certainly we want to work with city for concerns over safety and other issues, but there’s absolutely no suggestion on the part of Temple University that we don’t want to see food trucks on campus. They’ve been a part of our culture for generations of students.”

The university has applied for and received an extension on the enforcement start date, which has been moved back to Monday, May 20th.

Read the full petition here, and check out the Save Temple University Food Trucks Facebook group for more info on the campaign.