Elijah Milligan chats up Cooking for the Culture, his rotating dinner series. 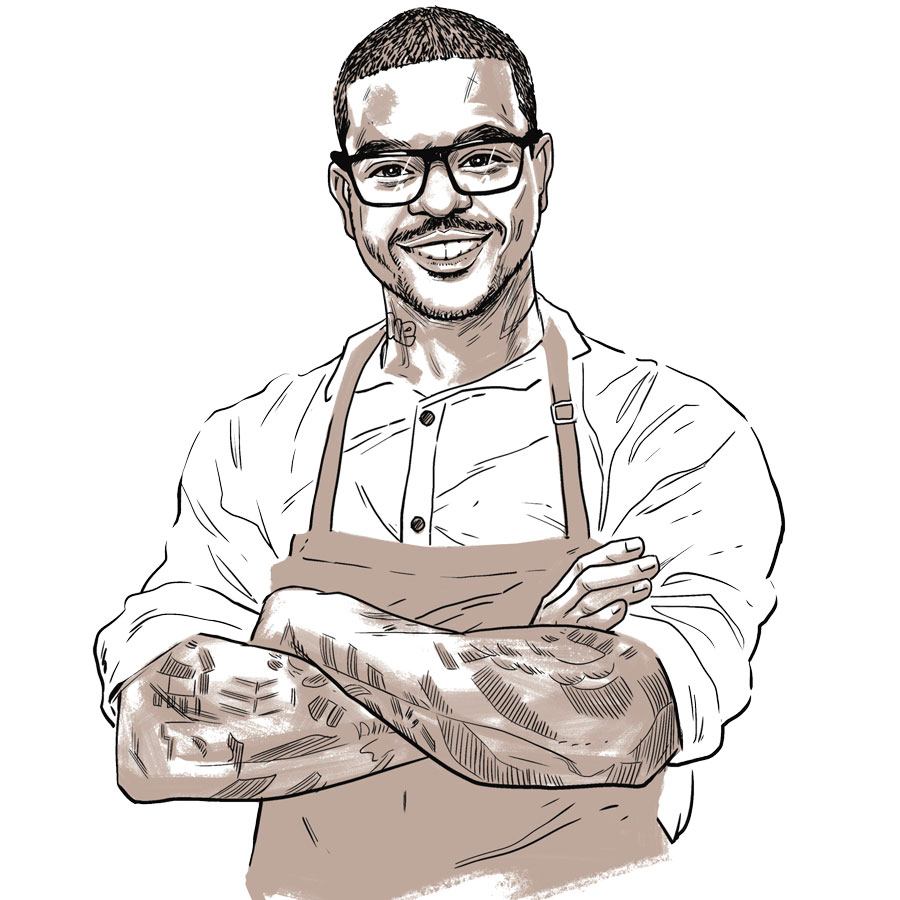 Elijah Milligan, co-founder of Cooking for the Culture. Illustration by James Boyle

I’m from … South Philly originally, but I’ve lived and worked all over the city. I just moved back from California.

The thing I missed most was … Wawa. There are so many great restaurants out there, but Wawa was easily the biggest thing I missed. There’s nothing similar to it.

I surprised West Coast diners with … scrapple and cheesesteaks. Once, I served cheesesteaks using a roll they have out there called a Dutch crunch roll. It was amazing.

I started Cooking for the Culture because … I cook with a lot of people, and a lot of times, I’m the only African-American person there. There are a lot of talented African-American chefs, and my idea was to showcase them, to create a platform that doesn’t already exist.

At the last dinner, we served … Afro-Latin food. One stigma is that black chefs are just good at cooking soul or Southern food, so the crew was like, hey, let’s do everything but that!

Up next … People have reached out from other cities who want us to do dinners — Chicago, New York, Atlanta. But before we start moving around, I’d love to open up a culinary venue here. I want to do job training, cooking classes, pop-up dinners. I don’t like being settled on one thing.

Published as “Breaking Bread With Elijah Milligan” in the March 2019 issue of Philadelphia magazine.