The Post opened on Friday in University City and received a cease-and-desist letter three days later. 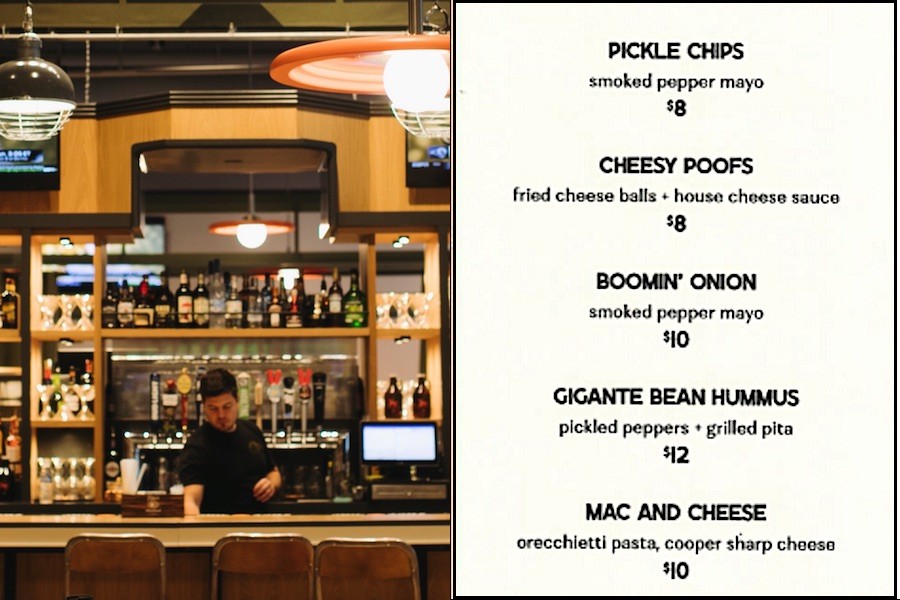 Left: An interior shot of the new University City bar The Post. Right: The portion of the Post’s menu that got the bar in trouble with Outback Steakhouse.

When you open up a new bar in Philly, you have all sorts of things to worry about. Will people show up? Will your beer be delivered on time? Will some jerk play the same Billy Joel song eight times in a row on your play-anything jukebox? It’s not easy. Well, one brand new Philly bar learned of yet another wrinkle when a legal threat arrived by FedEx on Monday.

The Post is a brand new University City bar that just opened its doors on Friday at 129 South 30th Street. And just three days later, bar operator Branden McRill, who is also a managing member of Walnut Street Cafe, got a curious letter from a lawyer representing the company that owns crappy-but-popular restaurants like Outback Steakhouse and Carrabba’s.

Anybody who has been to Outback Steakhouse or even seen a commercial for the chain on TV has been exposed to the Bloomin’ Onion, one of Outback’s flagship menu items since the first Outback opened in 1988. The Bloomin’ Onion is a onion that is cut to look like a blooming flower, breaded, and then deep fried. The resulting monstrosity weighs in at nearly 2,000 calories.

Well, the Post’s menu features a similar concoction called a Boomin’ Onion, and so it’s not exactly surprising that Outback’s corporate overlords took exception to what the Post was doing. 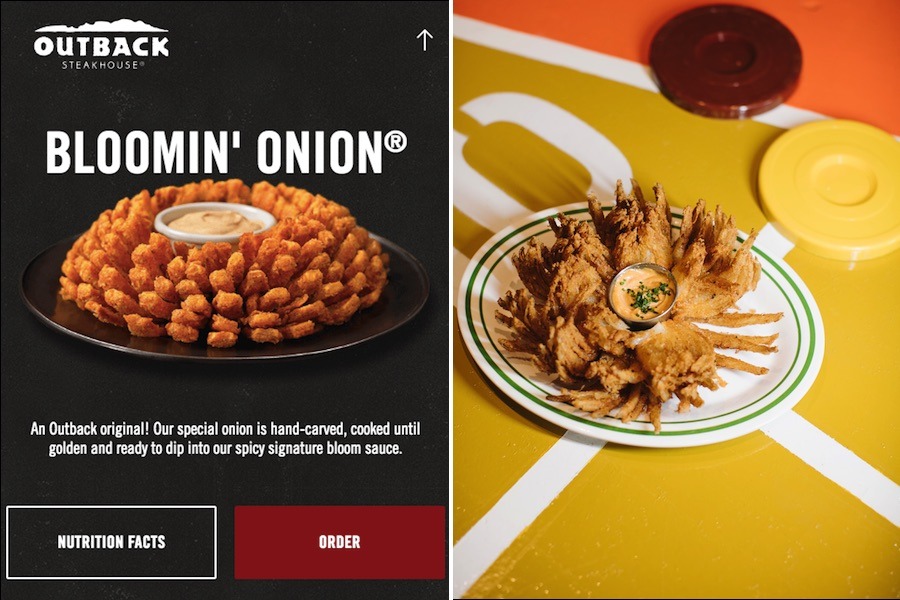 “Your use of the term ‘Boomin’ Onion’ of the Company’s trademark rights as it is confusingly similar to our registered mark, simply removing one letter,” wrote the attorney. “Since we have not provided you licensing rights to use our mark in the sale of your fried onion, you must immediately and permanently discontinue using the name ‘Boomin’ Onion’, or any similar names, to sell your food item.”

(Quick legal explainer for any readers who are thinking, Well, it’s not the same word!: Trademark law holds that if there’s a likelihood of confusion, then that is a violation of the trademark owner’s rights.)

The attorney gave The Post ten days to resolve the matter, and if it didn’t, the company was prepared to take the bar to federal court.

“We were humbled to see that Outback thought that we were doing such a good job with our content and marketing that they thought this would be competition for them,” McRill tells Foobooz.

McRill says he had absolutely no interest in pursuing a legal battle with a publicly traded company with about $4 billion in annual revenue, so he came up with a perfectly 2019 solution: launch an Instagram contest to come up with a new name for the dish.

The contest runs through Friday. So far, some of the suggestions have included Orlando Bloom (not sure how the actor’s attorneys would feel about that one), The Onion McOnionface, Runyan Onion, and The BenjONION Franklin. (Ok, that one made us chuckle.)

The Post will pick its four favorites from among the entries and then open up the voting to its Instagram followers this weekend. The person with the winning entry gets a $200 gift card to The Post.