A local outpost of the popular-in-Vegas chain Hash House a Go Go has what you're looking for. 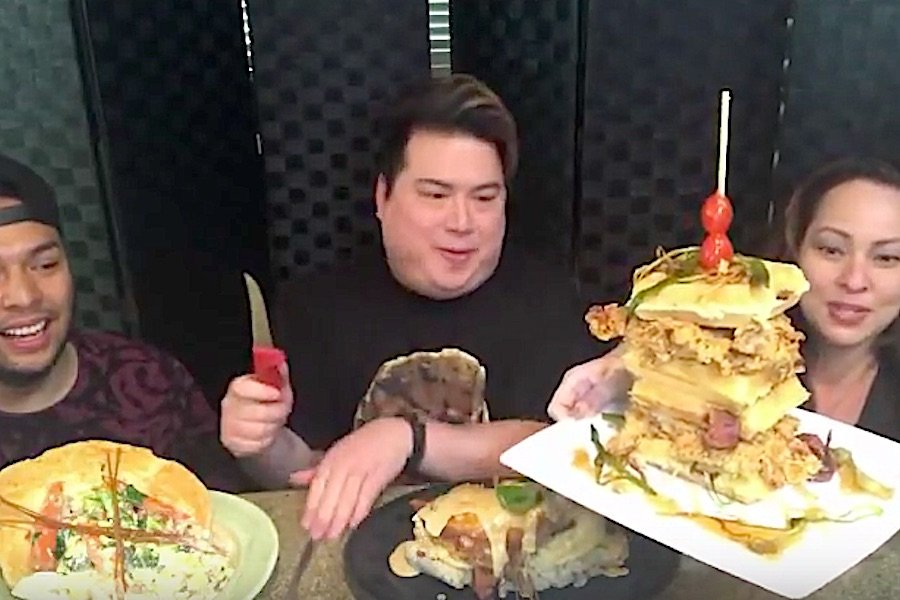 If you’re the kind of person who loves to leave a restaurant with multiple doggy bags and then go rave on Yelp about how awesome the restaurant was because the portions are so big — OMG!!! I had enough for lunch and dinner the next day!!! — you might be interested in knowing that Hash House A Go Go is opening this week.

“The wait is over!” gushed a press release on Tuesday heralding the arrival of Hash House A Go Go at the Moorestown Mall in Moorestown, New Jersey.

You may have never heard of Hash House A Go Go before, but the comfort food chain, which started out in San Diego in 2000, has received a decent amount of press and it’s done the food TV circuit.

Below, the Man vs. Food host-glutton wows over the “legendary fried chicken eggs Benedict” and “pancakes that take four people to lift them”:

And here are some regular people doing their best to consume 10,000 calories of Hash House A Go Go grub:

The Moorestown location marks the twelfth Hash House A Go Go in the United States. Others are located in, among other places, the not-entirely-surprising locales of Las Vegas, Orlando, Texas and the Mohegan Sun Casino.

Naturally, burgers (most price out at $13.50) are served two at a time and stuffed with all sorts of things (because you clearly need burgers stuffed with mashed potatoes). The Hash House chicken-and-waffles, which have gotten a good share of the press, land at $21. For the really fussy eaters, there are $4 bowls of Captain Crunch and Frosted Flakes. All of a sudden, I feel like I’m at the Melrose Diner.

I have to admit… I was amused to see the O’Hare of the Dog on the breakfast menu. It’s a 25-ounce can of Budweiser served with six slices of bacon: 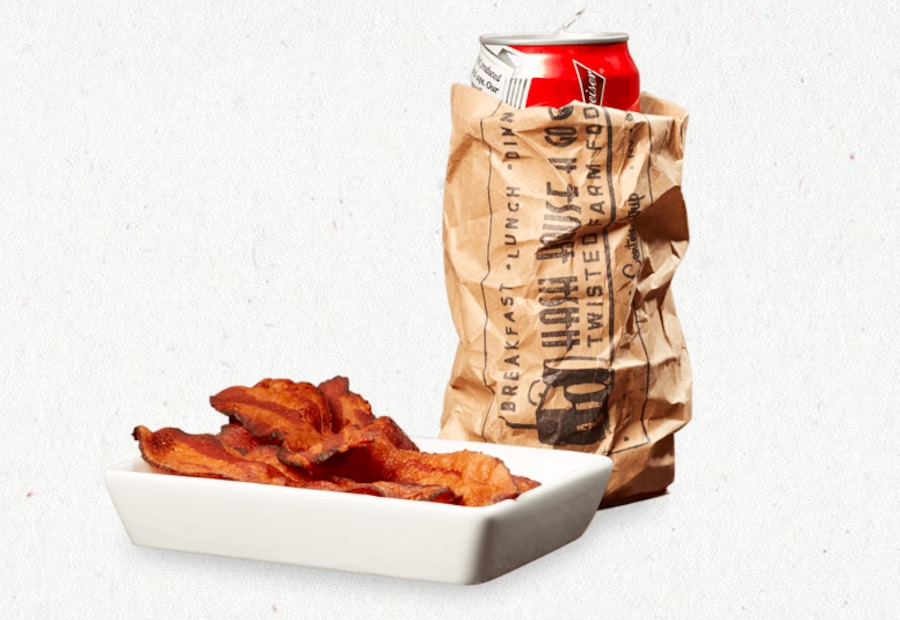 And I’m genuinely interested in checking out the Bloody Mary menu:

But as for the rest of it, y’all can keep the Godzilla-sized stuff to yourself. This ain’t Texas!