Angelo’s Pizzeria, Opening in the Old Sarcone’s Deli, Is Just About There

They're shooting to sling their first pies at 9th and Fitzwater early next week. 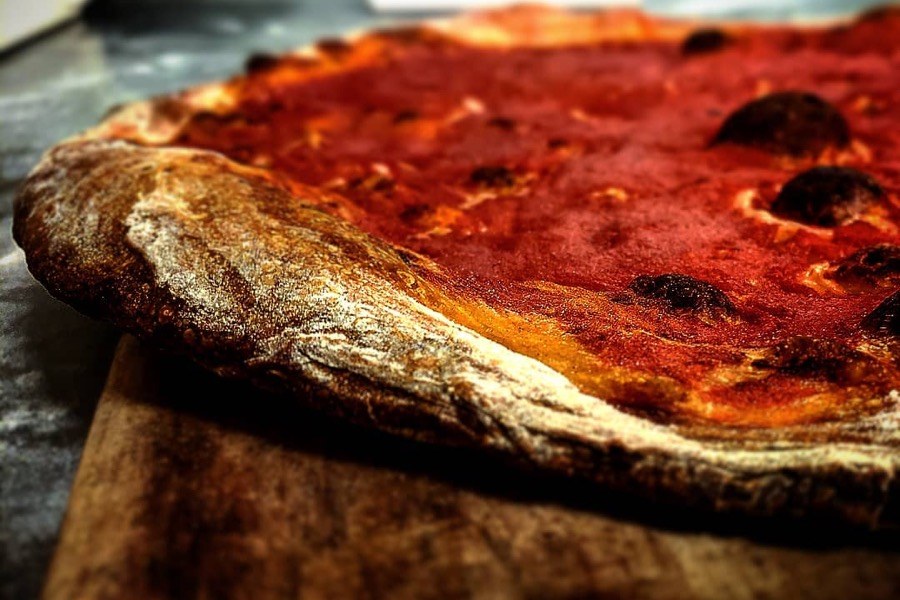 Back in 2017, Angelo’s Pizzeria in Haddonfield scored a Best of Philly win for its classic pies. In 2018, owner Danny Digiampetro closed the shop, taking advantage of the opportunity to reopen in the now-shuttered Sarcone’s Deli space.

Now, Angelo’s is just about ready to debut at 736 South Ninth Street. The opening is set for Tuesday, January 22nd.

“I’m ready to get to work,” said Digiampetro. “The process has been tough, and it took way longer than i thought it would, but now it’s done and we’ll be open for a hundred years.”

To start, they’ll stick with the original menu from the Haddonfield location. But once the crew has their bearings, Digiampetro says, they’ll gradually add in menu items from the old Sarcone’s Deli and expand the hours and menu to include breakfast.

Initial hours will be from 11 a.m. until 10 p.m. Tuesday through Thursday, 11 a.m. until midnight on Friday and Saturday, noon until 9 p.m. on Sunday, and closed Mondays.