The Hands-Down Best Meals Our Restaurant Critic Ate in 2018 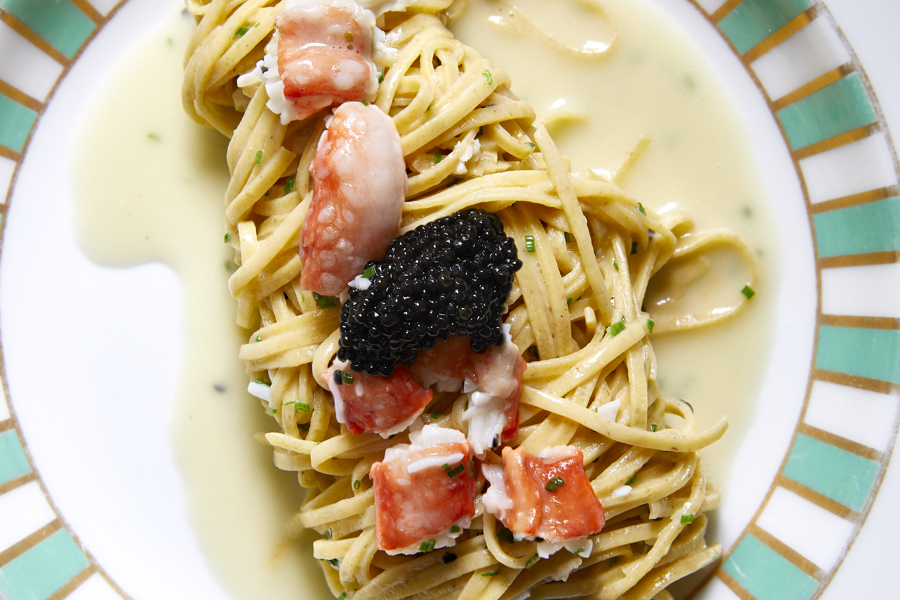 Pasta dish at Vetri Cucina, one of our critic’s best meals of 2018 | Photo by Michael Persico

For those of you who are looking for something new, something old, something awesome or something that you’ll only find here, I’ve got the one list that matters most to me: My five best meals of the year.

Listed in no particular order, these are the ones that stuck with me for weeks or months–the best things I ate in a whole year filled with eating, and why they mattered so much to me.

So let’s begin with… 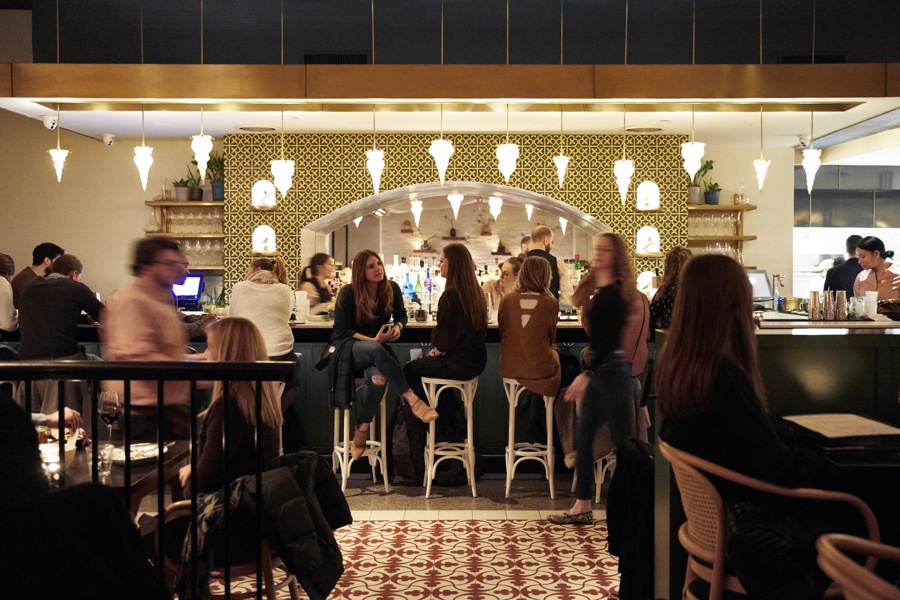 The bar at Suraya | Photo by Michael Persico

There was nothing I didn’t love about Suraya. Slouching at the bar, drinking whiskey with anise and black Ceylon tea; the puff of steam when you tear into a pita; the meatiness of the mekanek sausages doused with lemon and dragged through some leftover hummus. But here’s a story I didn’t get to tell in the review I wrote. One time, when I was there for dinner, I really wanted to get some take-out to bring back home with me. Problem was, this was early on, and the kitchen was doing no take-out at all. Like it was a RULE, explained to me by the hostess as soon as I asked.

But then, the same woman leaned in close like she was going to tell me a secret. And she told me that while the kitchen would not under any circumstances do take-out, they couldn’t stop anyone from bringing home leftovers. So she told me to just order the two sumac-marinated roasted chickens I wanted, take one bite, then ask for it to be bagged up to go. Sure, it was what I was going to do anyway, but I really appreciate a place where the floor staff not only enables my rule-breaking, but actively assists me. 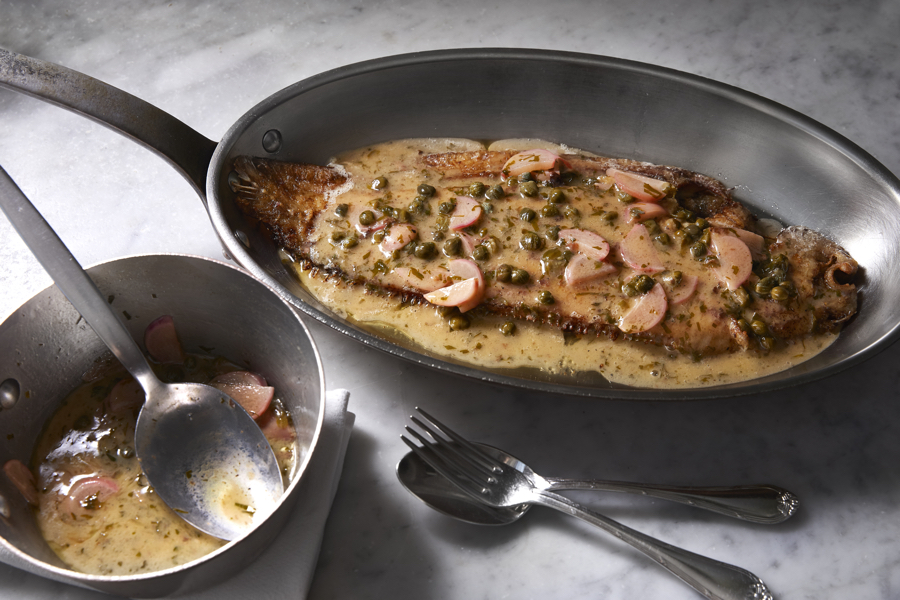 There is a perfectly valid point to be made that no one ever needs to review Vetri. It is generally accepted as one of the best restaurants in the country, has essentially had its jersey retired for all of our Best of Philly lists, and stands as one of the epochal must-try experiences in Philly.

My response to that reasoned and sane argument? Fuck off. Because sometimes veneration can kill a place quicker than loathing. Because sometimes laziness creeps in after decades of operation. Because greatness is not a permanent state, but must be earned every night.

That was my mindset going into Vetri for a 20th anniversary check-up. Nearly four hours later, I walked out again with a different reason: Because everyone should remind themselves now and then what true brilliance and dedication tastes like. My dinner at Vetri was a marathon of memorable plates (so much so that my wife and I have spent no small amount of time since hunting down recipes for some of them), and an inarguable new benchmark. Twenty years in, Vetri’s crew still cooks like every table could be their last. And there is no higher compliment I can offer. 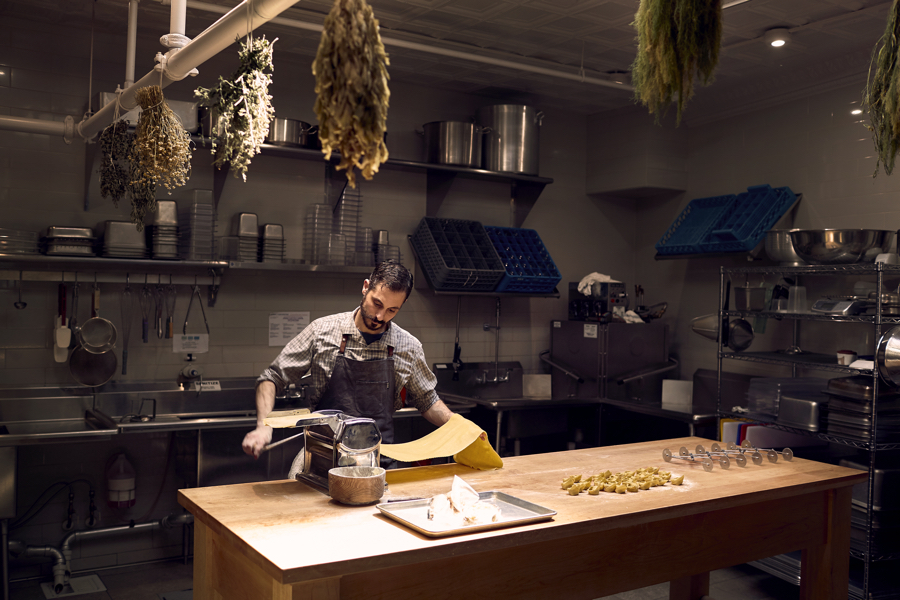 Anthony Andiario rolling out pasta | Photo by Will Figg

The pastas? You have no idea. Three on the menu, no more. They change weekly, nightly. They’re Anthony’s passion. All handmade, all from locally grown and milled grains. They’re his connection to his Italian-American roots, time spent wandering in Rome, his training with Bianco. And they are stunningly good. Veal tortelli with chanterelles in a silky, golden butter sauce. The simplest tagliatelle scattered with smoked ricotta actually blackened from the grill and cherry tomatoes that go off like tiny hand grenades in your mouth when you bite them. But when the braised pork shoulder hits the table, it’s even better. Impossibly, almost, with the bar set so high. But the fresh corn, the brightness of summer peaches against the slick fat of the pork, the slightly sweet and vinegary sting of the broth in the bottom of the bowl? There is nothing so good as the moment I tasted it for the first time. I’ll remember it for 10 years.

Enough said, right? Vetri has had twenty years in the heart of Philly to get as good as it is. Andiario had been open for a couple months at that point. I have rarely been so happy as I was sitting in that dining room on my first night there, and who knows how long it’ll be before I find a place that makes me feel that way again. 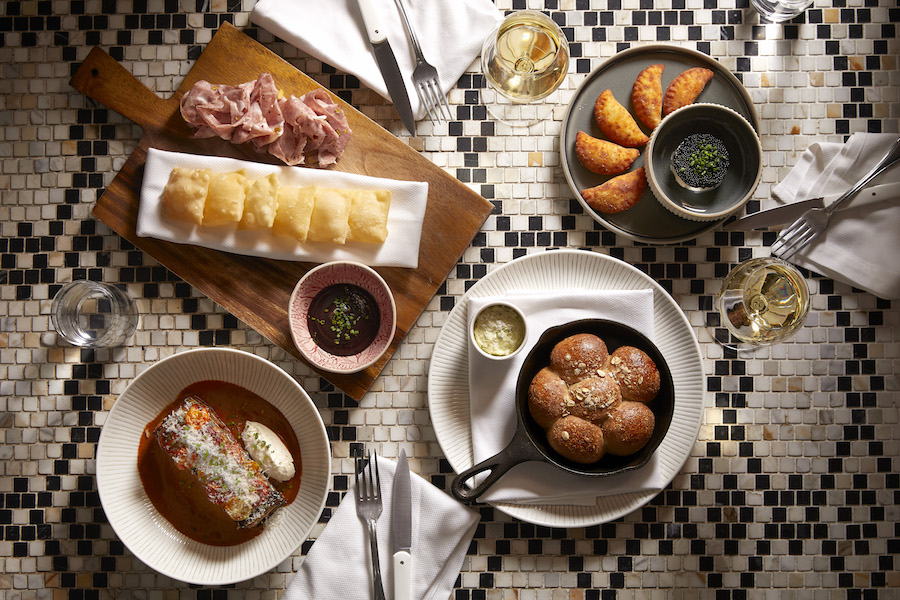 I’m including this one because The Love offered me both one of the most forgettable meals of the year (my first night there), and one of my best. And that’s not nothing. I didn’t love the room or the crowd or most of the menu. I thought some things were so precious they almost dripped irony (the breadsticks, the little cheese-mouse on every cheese plate), and found the prices stunning. But going in on a cold night for fried chicken and grits, Mississippi-style Comeback sauce, and a bowl of unforgettable lobster spaghetti is both so indicative of this moment’s culinary intersectionality and exactly the kind of wild, stupid indulgence that makes dining out worthwhile, that I couldn’t help but love the hell out of it. It was 2018 distilled into a single meal. 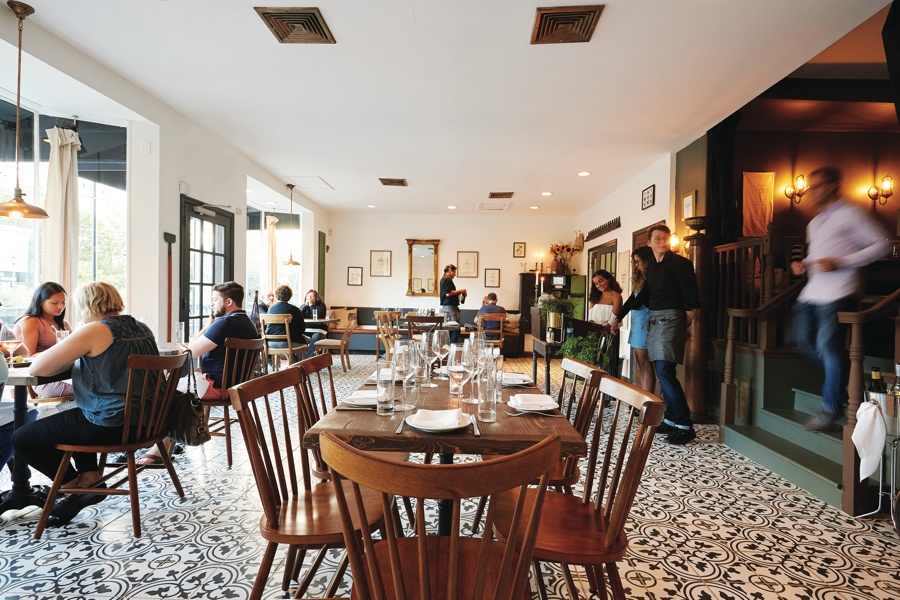 Porch and Proper | Photo by Will Figg

I still dream about the tonarelli that P&P’s kitchen served at the end of summer — stiff and hand-made, tossed with cubed Benton’s bacon, charred summer corn and local St. Malachi cheese. It was so many things — one of my favorite dishes of the year, sure, but also so perfectly of the moment, so apolitically local, so perfectly conceived and so defining of exactly where we are as a food region right now. It was Italian-ish, but not. It was New American-y, but served in a place that stood as a complete rejection of what is now a completely sematically null descriptor.

It stood, whole and proud, as a purely un-replicable dish, unique in its place and its moment. And also so delicious that I was legitimately sad for a minute when it was all gone.

But only for a minute. Because the most remarkable thing about that first night at Porch & Proper was that it was full of dishes like that.