7 Places to Get Great Panettone in Philadelphia

From artisan bakeries to South Philly stalwarts, these are the best bakeries and gourmet shops to get this sweet, featherlight Italian Christmas loaf. 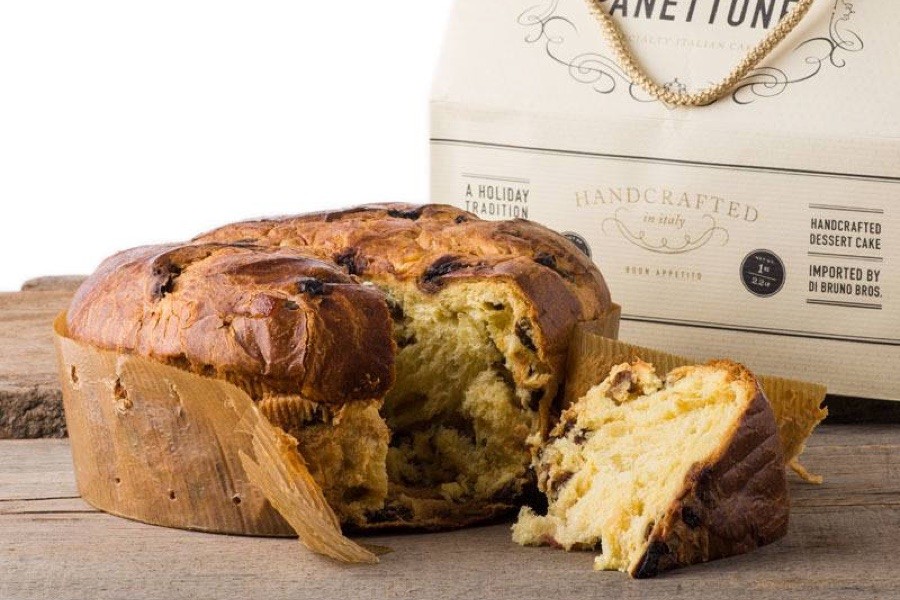 For many Philadelphians, it’s just not Christmas without a tender, featherlight loaf of panettone — but this iconic Italian holiday bread is notoriously challenging to master and and time-intensive to make, taking as long as three days from start to finish. Luckily, Philly’s Italian-American history and recent wave of new artisan bakeries means that there are several spots offering exemplary takes on the famously tough-to-perfect Christmas treat, from crafty versions made with local grains to traditional recipes perfected over decades.

This year, skip the grocery store panettone, with its dry interior and neon-colored candied fruit. Get a moist, scrumptious holiday loaf made right here in Philly (or imported direct from the experts in Italy) at one of these spots instead. 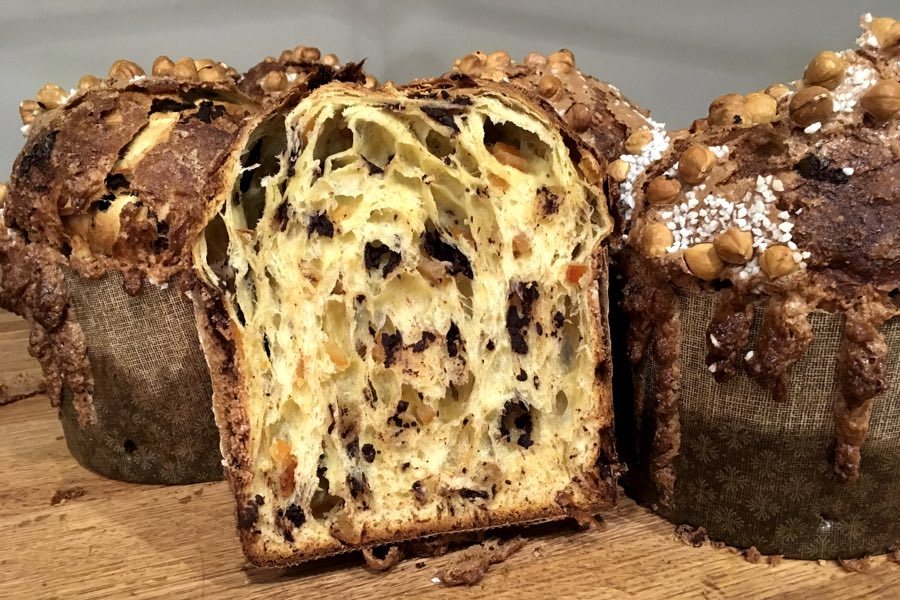 Vetri, Midtown Village
In the past, baker Claire Kopp McWilliams and the rest of the Vetri crew have made panettone for guests of the restaurant only — but this year, a few lucky folks will have the chance to buy one to take home. Here’s how it works: a few extra (as in literally two or three) will be available each day, announced on Marc Vetri’s social media; he’ll select the fortunate buyers from those who comment or DMs. Right now, they’re going with chocolate cherry as the flavor, but that could change as we get closer to the holiday. The coveted full-size Vetri panettone are $75 each (there may be some baby loaves available, too) and available for pickup only.

Termini Bros., South Philly, Market East, and Center City
Of course these masters of Italian sweets make panettone for Christmas. Best of all, you’re already planning to hit them up for a cookie platter and some gift boxes anyway — just throw a panettone on for good measure and save yourself a stop elsewhere.

Lost Bread Co., Kensington
Lost’s coveted chocolate cherry panettone made an appearance over Thanksgiving, but you can get it again at their Kensington retail space (or preorder on their website) starting this weekend, December 15th and 16th and at the Craft Hall pop-up near City Hall in whole loaves or slices starting Monday, December 17th. 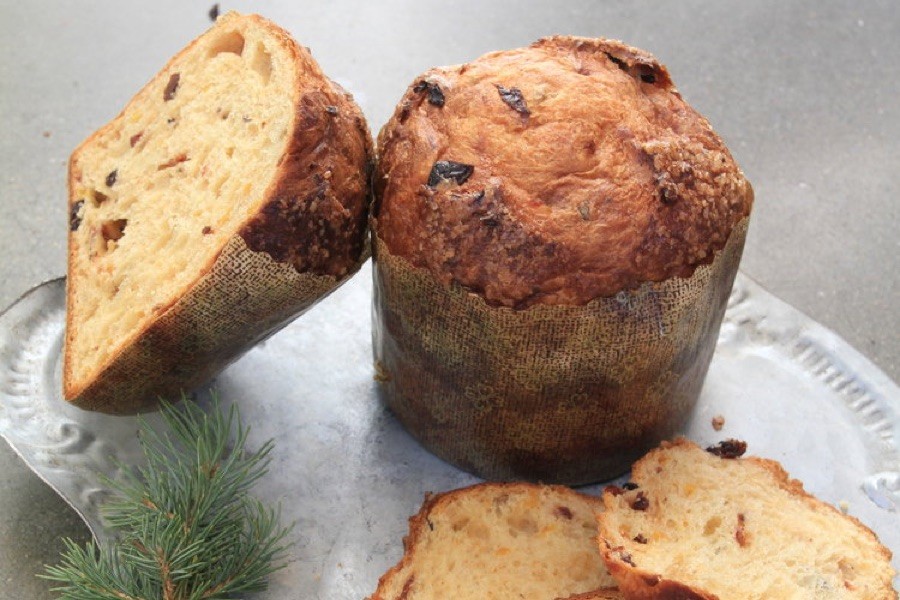 Malvern Buttery, Malvern
This scratch artisan bakery-restaurant scored a Best of Philly last year — and it turns out they make a pretty mean panettone, too. Pre-order a mini version on their site by Sunday, December 16th to pick up from the shop on December 23rd or 24th.

Di Bruno Bros., Rittenhouse, Washington Square West, Center City, and Italian Market
For sheer variety and Italian cred, Di Bruno is Philly’s imported panettone headquarters. They’re selling their Abruzze-made private label panettone in candied fruit or chocolate as well as those from northern Italian baker Loison, which has produced these holiday loaves for 75 years. They’ve even got lesser-known pandoro, a sort of pyramid-shaped version of panettone (minus the candied fruit) that’s iced on top. 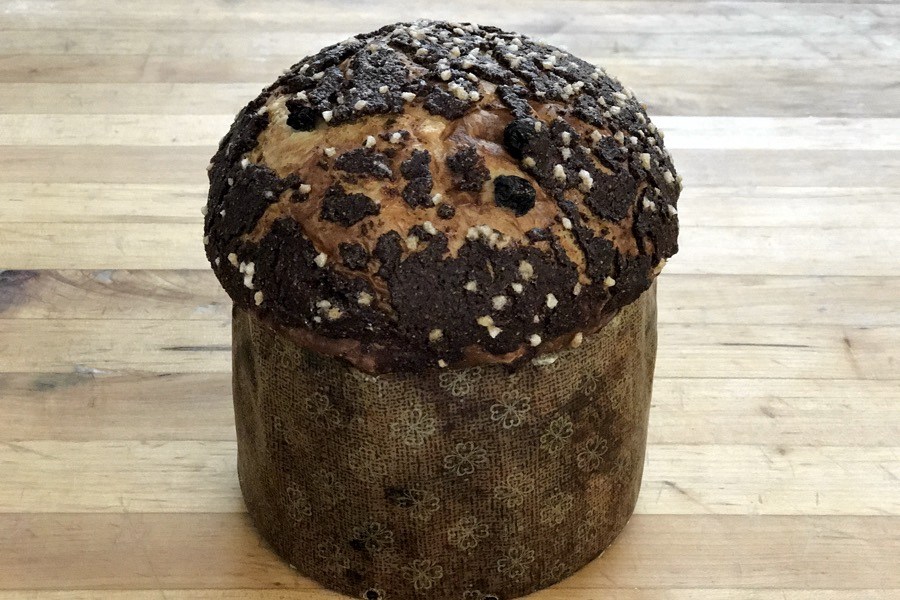 Metropolitan Bakery, Rittenhouse, University City, and Market East
Metro’s take on the classic Italian holiday loaf is studded with candied citrus zest, fruit, and chocolate baked into a dough of house-milled flour made with local grains. A combination of pearl sugar, cocoa, and almond butter make for a crisp-crunchy top. Get one at their shops through December 31st.

Varallo Bros. Bakery, South Philly
This old-school Italian bakery at 10th and Tasker makes a traditional-style panettone with a few tweaks to suit customers’ tastes: there’s no candied fruit in this loaf — just a pleasant orange essence in the dough — and the top crust is coated in chocolate. They’re only made the week before and the week of Christmas, though, so don’t miss your chance to get one.