Valente’s, an Italian Specialty Shop, Is About to Open in Haddonfield 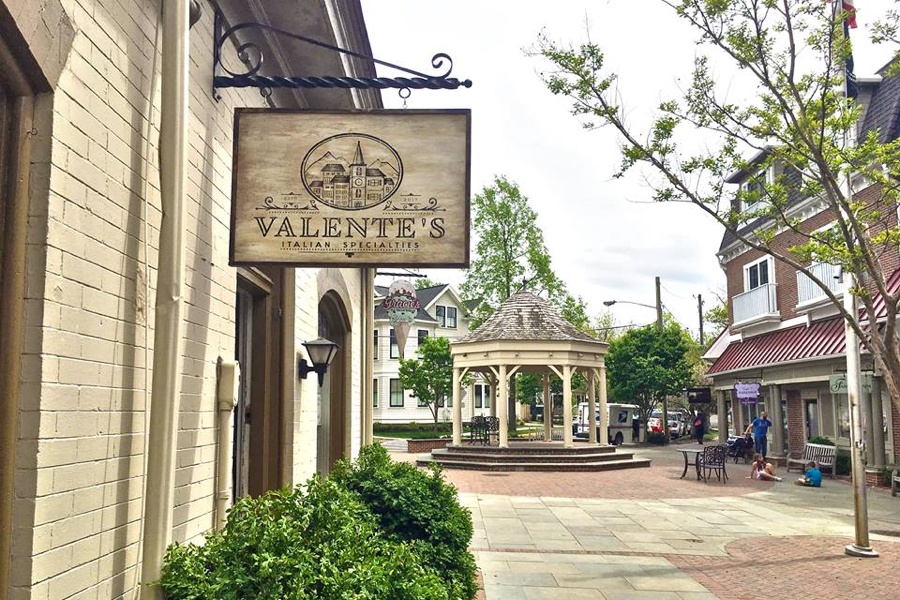 A chef-turned-software-developer with roots in South Philly and Abruzzo is bringing handmade prepared foods and Italian goods to Haddonfield starting this week.

De Feo was born in South Philly to an Abruzzese mother and a first-generation Italian-American father. He started working in kitchens at the age of 11 and always wanted to run his own Italian restaurant.

After college, he fell into IT work; his parents forbade him from pursuing cooking as a career or attending culinary school. But when he returned to Philly in 2005 after a few years living in Colorado, the burgeoning food renaissance in the city inspired him to figure out how to make it happen.

That dream shifted to running a corner shop — “the kind you’d see over in Italy or when I was growing up in South Philly” — making Italian dishes in house and selling imported goods, a la Di Bruno Bros. or Claudio’s.

Fresh roasted peppers. We'll have them every day at the shop.

“Growing up, we had the little old lady who’d grate fresh cheese for us,” De Feo remembers. “Now all you can do is go to ACME or wait in line at Wegman’s.”

When De Feo moved to Haddonfield from Philly nine years ago, he noticed a lack of this kind of business in his community. He started cooking, selling prepared foods like meatballs, tomato sauces, and fresh pastas via mail order, to catering clients, and at farmers’ markets all over the region. You can still find a Valente’s stand at the Rittenhouse, Haddonfield, and Palmyra farmers’ markets, with one in Westmont coming soon.

In addition to Italian cheeses, meats, and other ingredients at the shop, De Feo and his crew will continue to prepare fresh handmade pastas from scratch, stretch fior di latti, bake breads, simmer sauces, and make their own whole-milk ricotta in house.

They’ll also serve a menu of classic Italian dishes, many inspired by De Feo’s mother and grandmother’s Abruzzese cooking, grab-and go style. The shop is tiny, so there’s no eat-in option, but they plans to eventually add outdoor seating as well as a call-ahead option for some dishes that don’t hold up well under refrigeration.

“The goal is to cater to families looking for a good meal during the week to the dinner party crowd on weekends,” De Feo said. He’s brought on longtime cheesemaker and Di Bruno alum Jamie Png as cheese director to curate a monthly selection of wedges to suit the seasons, and he’ll be bringing on Arnab Maitra, a veteran of Osteria in Moorestown, Pizzzeria Vetri, and Porta and the chef behind mobile pop-up Pizza Crime, to manage the bread program.

“It’s my mother’s maiden name,” he says. His mother passed away from cancer in 2004, at which point his grandmother moved back to Italy. When Nonna passed in 2016, “I was done making excuses and needed to start this business to honor their memories,” De Feo says.

Valente’s is set to softly open this Thursday, August 16th, with a ribbon-cutting ceremony taking place on Saturday, August 18th at 11 a.m. To start, the shop will be open from 11 a.m. until 7 p.m. Thursday through Sunday, with a plan to be open six days a week in the coming months. Check out the menu for prepared foods here and breads, sauces, pastas, and cheeses here.