Why Are Philly Cooks Serving Food From Unlicensed Kitchens?
Subscribe
Follow
I'm a scraper
This search result is here to prevent scraping

Why Are Philly Cooks Serving Food From Unlicensed Kitchens?

Because they can. Inside the hot — and not-so-legal — trend on the local food scene. 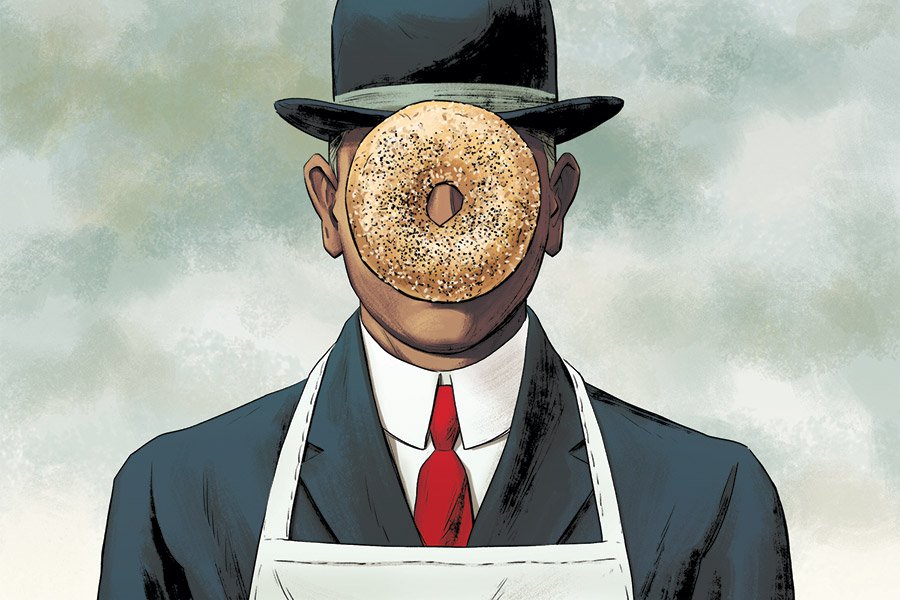 I would tell you his name, but then I’d have to kill you. But only because otherwise I’d probably get killed, for screwing up a good thing.

Here’s what I can reveal: There’s a man in West Philly who runs a seasonal bagelry out of his home. It has no storefront, no sign, no Yelp listing. The bagel guru wakes up at 2:45 a.m., makes the dough at a local pizza shop, carts it back home, and starts loading bagels into his 20-inch oven. At 7 a.m., friends, neighbors and complete strangers walk into his apartment to pick up their orders. Money gets exchanged at some point, which is the only time this operation vaguely looks legit. Because, let’s be clear, it’s not legal at all.

But that doesn’t stop people from coming. In Philly right now, there’s a coterie of food makers who have made the bold and complicated decision to skip over bureaucratic red tape and simply start selling their food to people who want to buy it. Social media, of course, makes this possible. These aren’t pop-ups, which operate out of permitted kitchens; these are “more like neighborhood bake sales,” says Illicit Bagel Man. He’s in good company. There are the Central American women who sell pupusas and horchata out of their home to anyone who messages them on Facebook. David Ansill — of Pif fame — created a marijuana-infused dinner series last year that sold out, and former Top Chef contestant Jen Zavala launched a tamale business out of the back of an old van: “I do it because I love it, and I’m bored of the same old blowhole of a culinary scene here. In my culture, people selling ‘plates’ on the street isn’t abnormal — it’s being part of a community.”

It’s not surprising that diners today are willing to take the risk. After all, even the things that attempted to be new — pop-ups, food trucks, collab dinners — fell victim to homogeneity. Right now, the most refreshing thing a food experience can be is a labor of love that’s unbeholden to labels and unsullied by celebrity douchery.

Some of these rebel cooks want to go straight. Others see no point in trying. And by the time you read this — by the time you figure out the right keyword that will get Google to spit up the right search results so you can place an order — they might not exist anymore. Not because they were shut down, but because their chefs don’t feel like doing it anymore. And they get to do that because they don’t follow the rules. Why would they?

Published as “Toque-and-Dagger” in the June 2018 issue of Philadelphia magazine.