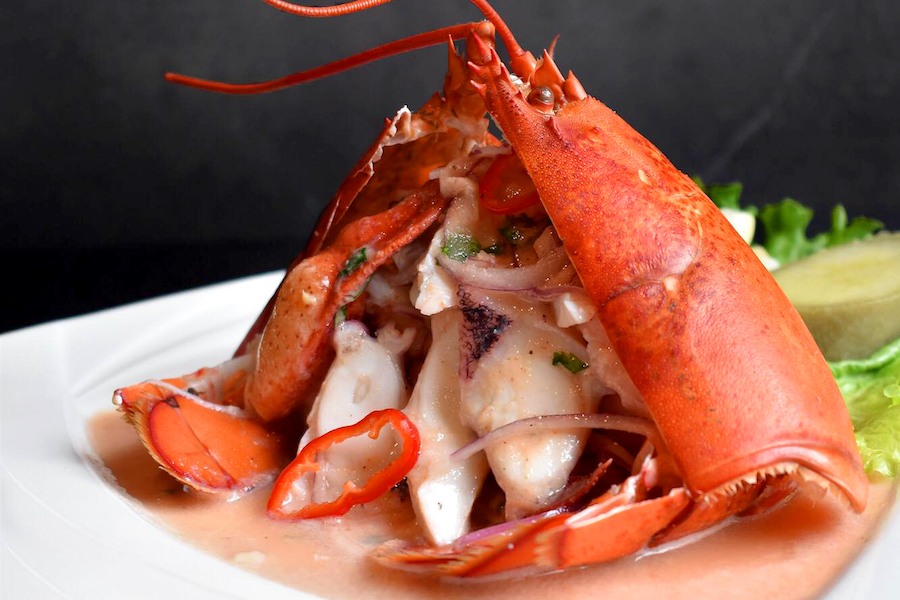 Vista Peru is a potato lover’s paradise. All Peruvian restaurants are, really. They’re places where the potato is taken in strange new directions — used as filling, like bread, as a center-plate star — and respected as the miraculous tuber it is.

Potatoes. Eggs. Yucca. Whole ingredients presented with a simplicity that sometimes looks like carelessness but rarely is. That’s the defining characteristic of Peruvian food. That, plus french fries, which are used, unashamedly, as a bedding for entrées. That, plus a weird Cantonese influence that comes in culturally sideways to the existing cuisine, an edible relic of a 19th-century immigration wave that fundamentally altered the classic cuisine of Peru.

Oh, and ceviche, of course. And corn nuts. And a whole cocktail tradition based on sweetness and knockout potency. Basically, it’s everything we love right now — masterful simplicity masquerading as casualness. A complete and venerable cuisine that until recently barely existed in Philly — at least, not in the heart of the city.

That is, until Miguel Toro and his family decided to take on Old City with Vista Peru, a pure, higher-end Peruvian restaurant. A place with nice plates and a pisco-heavy bar in front. It would be a showcase of everything great about Peruvian food, presented beautifully, created with care. And it might even stand as proof-of-concept, showing Philadelphians what a lot of people in other cities already know: that not having Peruvian food on your list of go-to’s is just ridiculous, like living your life without Italian food or takeout Chinese.

And Vista Peru does all of this without seeming to break a sweat. The kitchen knocks out sticks of yucca frita stacked like Lincoln Logs and an expert ceviche, bright with lime and red onion. The risotto version of the lomo saltado is even better than the original — the creamy rice swimming in a beef broth that’s just remarkable. Ask for a bit of aji verde to go with it and thank me later.

There’s seco norteño (a kind of grandmotherly goat stew) and the requisite pollo a la brasa (rotisserie chicken), available by the whole bird if you’re bringing a big group. And Vista Peru’s shrimp a la plancha is gonna stick with me a while — butterflied in the shell, served with a little cup of hot sauce.