The former Whetstone Tavern executive chef will take the reins at the West Philly BYO this month. 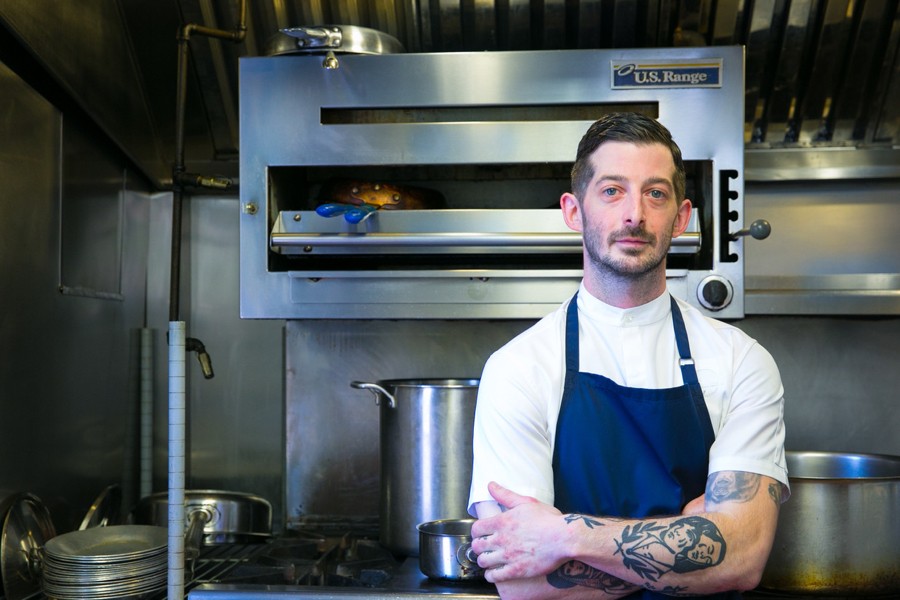 The award-winning, boundary-pushing restaurant in a West Philly rowhouse has a new chef. Eric Leveillee will take the reins at Marigold Kitchen as executive chef.

With chef-owners Andrew Kochan and Tim Lanza preparing to open TALK in Rittenhouse, Leveillee will head up the kitchen at Marigold. His pedigree includes stints at El Camino Real, Vernick Food & Drink, and Whetstone Tavern, where he served most recently as executive chef. Leveillee will bring Whetstone sous Kieran O’Sullivan west with him.

Under Leveillee, Marigold will maintain its tasting menu only format, though the chef plans to switch selections up more often, reflecting the “micro-seasons” at which certain ingredients are at their peak, he said. Also in the works is a new non-alcoholic beverage program, reflecting the trend towards offering zero-proof drink options at bars and BYOs alike.

Leveillee is expected to have a new menu in place at Marigold by the end of the month. If his gorgeous Instagram account is any indication, he’ll fit right in.