Where to Find Booze-Free Cocktails in Philly

Not drinking? Don't worry — these bars and restaurants have you covered with mocktails so delicious, you won't miss the alcohol. 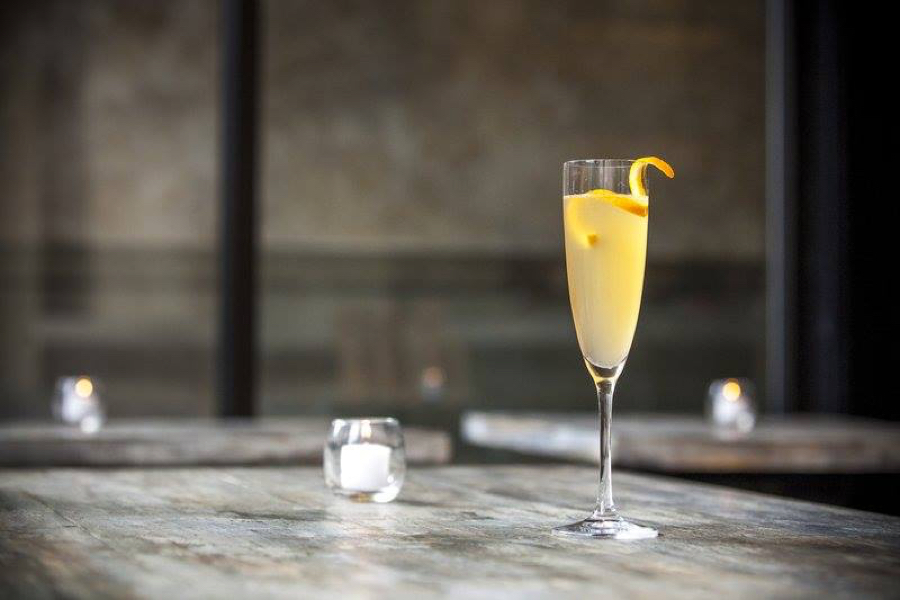 Even though Dry January is far behind us, non-alcoholic beverage options are on the rise on Philly’s bar and restaurant menus.

More and more of the city’s top spots are catering to those who don’t drink, with sections of the bar menu reserved for alcohol-free options and better bartenders crafting mocktails by request. And one of the city’s most anticipated spring restaurant openings, Cadence, is investing in a slate of creative, booze-free cocktails to complement their BYO status.

It’s clear that this trend is growing — so we set about sniffing out the most delicious, alcohol-free drinks in the city. We also checked in with Philly writer, editor, and recipe developer Joy Manning, who extols the joys of the zero-proof life at her website Better Without Booze and spotlights her favorite recipes and watering holes at @betterwithoutbooze on Instagram, for some of her top picks.

The Good King Tavern, Queen Village
The cozy French spot includes a selection of effervescent house-made sodas in addition to their extensive cocktail menu, with flavors like grapefruit-cardamom and ginger-lime (Manning recommends the blueberry yuzu herb) for just $5. There is the option to spike your soda with booze — for more than double the price.

The Library Bar, Rittenhouse
Stay sharp while you browse the shelves at The Rittenhouse Hotel’s tony bar with zero-proof options like Moneta’s Elixir, made herbaceous and zingy with rosemary, lime, grapefruit, and lemon-lime soda. 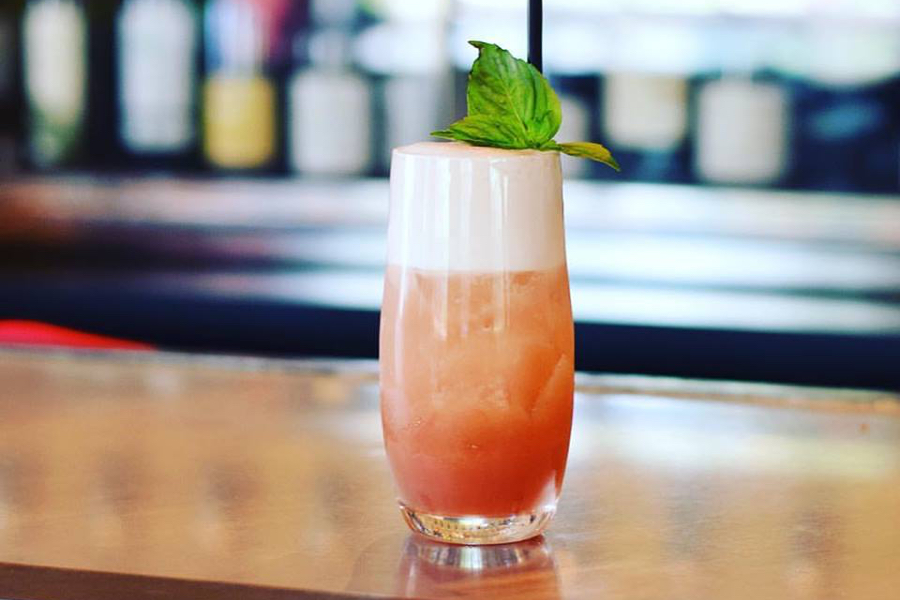 Vernick Food & Drink, Rittenhouse
The bar here makes a variety of syrups and sodas in-house for those who don’t want a cocktail from the menu. Or request an alcohol-free “bartender’s choice” for a surprise drink minus the spirits.

The White Dog, University City
The farm-to-table OG mixes up mocktails, too — choose from options based on coffee or chai at brunchtime, or try the zesty, warming Like a Machine, a combination of lemonade, honey, cinnamon, and ginger ale.

Royal Boucherie, Old City
Look for the “Temperance Cocktails” section of the menu at Nick Elmi’s latest project for carefully crafted drink options made without alcohol. With cute names and chef-y ingredients — the Lavender Bowtie lists “flowers,” along with grapefruit and soda as its components — you’ll be able to go boozeless and still be ahead of the cocktail curve. 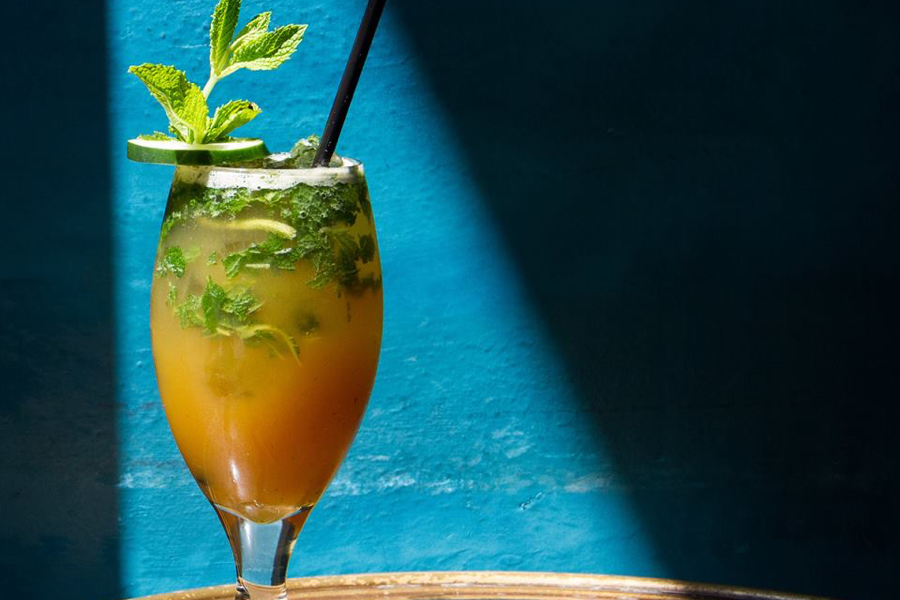 Charlie was a sinner., Midtown Village
Manning recommends Nicole Marquis’s vegan speakeasy, which caters to guests who want to abstain from animal products and booze. Their selection of mocktails features house-made sodas in basil-lemon-fennel and blackberry ginger as well as a spicy-sweet drink made with green apple, agave, lime, and cayenne.

V Street, Rittenhouse
Vegan spots are ahead of the curve when it comes to alcohol-free cocktails — but as with the food, V Street’s menu offers delight rather than deprivation. Check the “Refreshments” section of their drinks menu for no-booze selections like house-made lemonade with rose water and ponegranate. The Blac Chyna, a recent favorite of Manning’s, is made with apple cider, black vinegar shrub, and star anise with a splash of soda.

Martha, Kensington
In addition to locally brewed Funky Fresh kombucha, Martha makes room on their extensive menu of wine, beer, and cocktails for no-alcohol sodas. Bartender and fermenter extraordinaire Mike Landers makes them himself from grapefruit and sour cherry — and at $3 a pop (heh), they’re a bargain.

Abe Fisher, Center City
It makes sense that the menu at sober chef Michael Solomonov’s Jewish diaspora spot would include a selection of drinks for the booze-free. Four no-alcohol options on its drinks menu feature flavors like sour apple, blood orange, mandarin, and ginger lime. 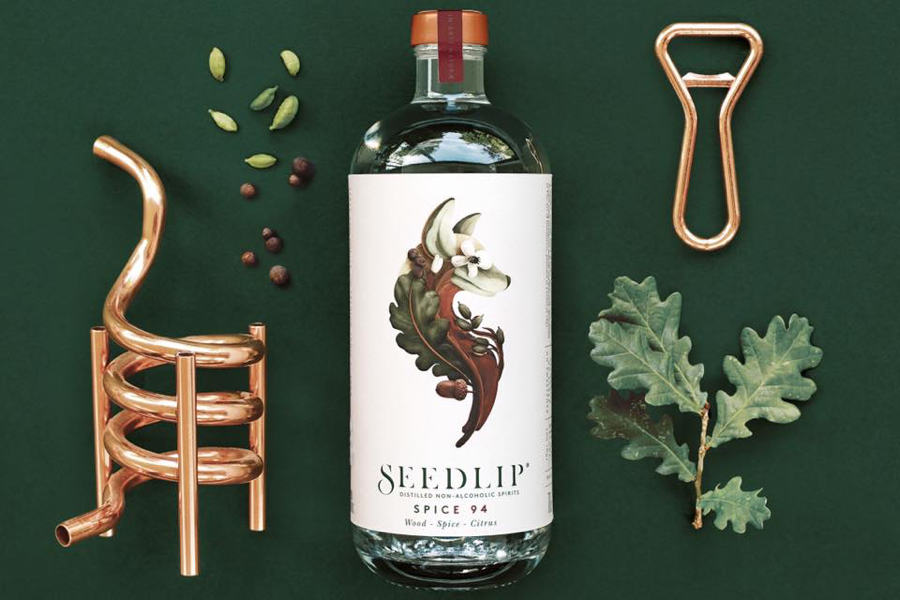 ITV and Laurel, East Passyunk
Manning notes that Nick Elmi’s two spots in South Philly are the only places in the city to get a cocktail made with Seedlip, a UK brand of distilled spirits that contains zero alcohol. Their herbaceous Garden 108 is an excellent stand-in for gin, while Spice 94 tastes woodsy, rich, and citrusy. And with an alcohol-like mouthfeel, you won’t taste that you’re not drinking the real thing.

Bud & Marilyn’s, Midtown Village
This throwback spot serves Brandy Old Fashioneds, a favorite of folks in Wisconsin, where chef-owner Marcie Turney grew up. But it’s pushing the envelope with a couple of no-booze choices, too: the Couple Skate is made with grapefruit juice, lime, and cinnamon syrup, while the Wile E Coyote combines raspberry and lemon with ginger ale. And they’re both just $5.

Zahav, Old City
Solomonov’s flagship spot keeps it sober yet delicious with a few non-alcoholic cocktail options, like a minty lemonade and soda infused with turmeric and lime.

Where to Get Philly Mocktails, Mapped