Diltz left this weekend to open Elwood, his own Fishtown BYOB. 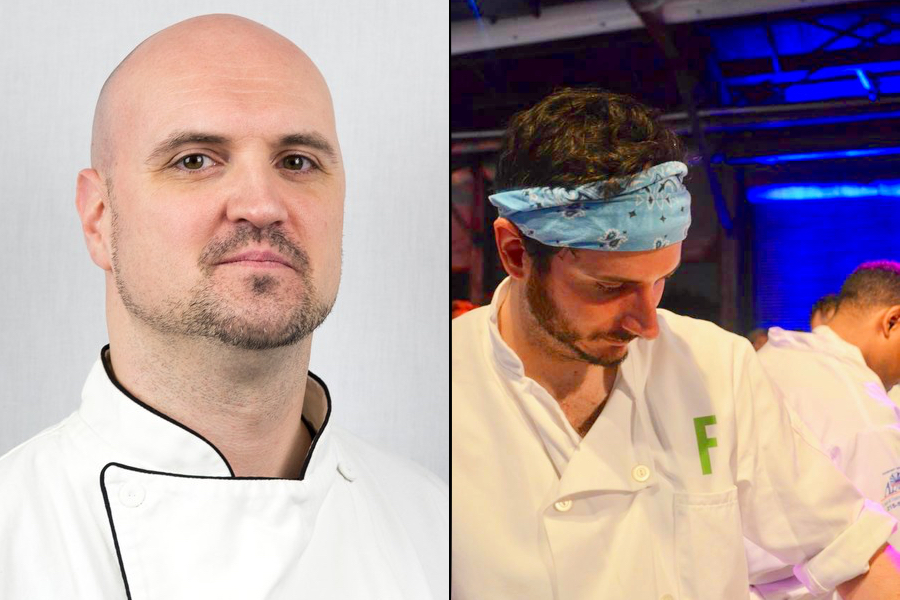 Johnny Brenda’s has a new chef.

Adam Diltz, who ran the kitchen at the Fishtown mainstay for three and a half years, has left to open his own restaurant, Elwood, inspired by Philadelphia’s history and the region’s agricultural bounty. He’s pushing for a summer debut for the 35-seat BYO at 1007 Frankford Avenue (across from The Fillmore).

Taking his place at Johnny Brenda’s is the talented Paul Lyons, who, in addition to chef de cuisine-ing George Sabatino’s Morgan’s Pier and opening Good King Tavern, has headed every one of Marcie Turney and Val Safran’s restaurants. He was most recently chef de cuisine at at Little Nonna’s.

“Right now, half the menu is sandwiches,” says Lyons of Johnny Brenda’s current menu. “I know there are customers that come here that want something more than that, so replacing some of those sandwiches with actual entrees is a step in the right direction.” He also wants to up the restaurant’s raw bar game with ceviches, crudos, shrimp cocktail, raw clams and full-on seafood towers — perfect for al fresco dining along Girard Avenue (if this damn winter weather finally calls it quits). And once spring vegetables hit the farm stands, Lyons plans to showcase them as much as he can.

“I am very excited to work with the sous chefs, Matt Levine and Amber Wildonger. They both bring a lot to table,” says Lyons. “And the fact that ‘local’ and ‘seasonal’ are  inherent to [owners] William Reed and Paul Kimport’s mission with JB’s is great. They have been working with great farms and other local companies for years — I’m excited to work with them, too.”