In a world of bean-to-bar hype, West Chester's Éclat Chocolate focuses on taking quality to the next level. 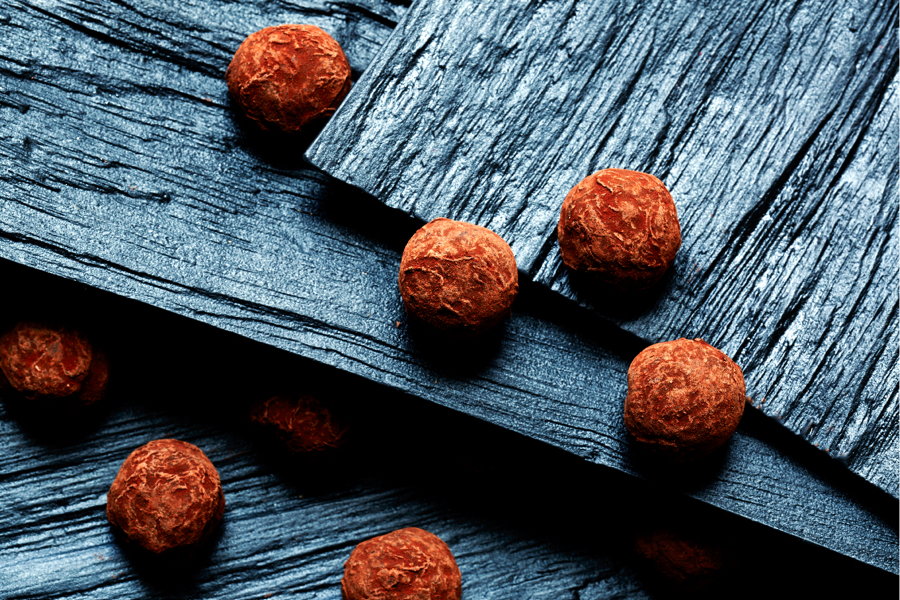 The stereotypical upstart chocolatier has left behind a conventional desk job to pursue their foodie dreams. But Chris Curtin just might have them all beat.

Before his career in confection, Curtin — chef and founder at West Chester-based Éclat Chocolate — was a cross-country ski racer.

While a snowy Wisconsin race course is pretty far from a cozy kitchen, Curtin’s skiing exploits set him up well for his next chapter: 13 years abroad, studying pastry and confectionery with masters of the craft in Belgium, France, Germany, Switzerland, Spain, and Japan.

“I even skied 80 [kilometer] races back in the day,” he explained. “You learn, much like a very long shift in a kitchen, that pain is just a part of it.”

After his initial training, Curtin passed the master pastry chef exam in Germany — a five-day marathon including practical, written, and oral tests of his skills — and became the only American to do so at that time. He decided to focus on chocolate, working his way through another decade of self-directed curriculum under the masters. He’d get a job at one chocolatier, then move onto the next city after a year or so, always looking to learn from the best.

“I learned bean-to-bar before it was called bean-to-bar,” he said. “This is twenty years [ago] — of course you make your own chocolate.”

Curtin returned to the States and founded gourmet chocolatier Éclat in West Chester in 2005, settling outside a city that has been known for its chocolate production since the Industrial Revolution, from Wilbur Buds to Whitman’s Samplers.

Now in his early fifties, and with Éclat and its staff of eight innovating into its second decade, Curtin finds himself calling on that endurance as a new breed of craft chocolatier — one who’s likely to have a Brooklyn address and eschew culinary training — is getting all the buzz. 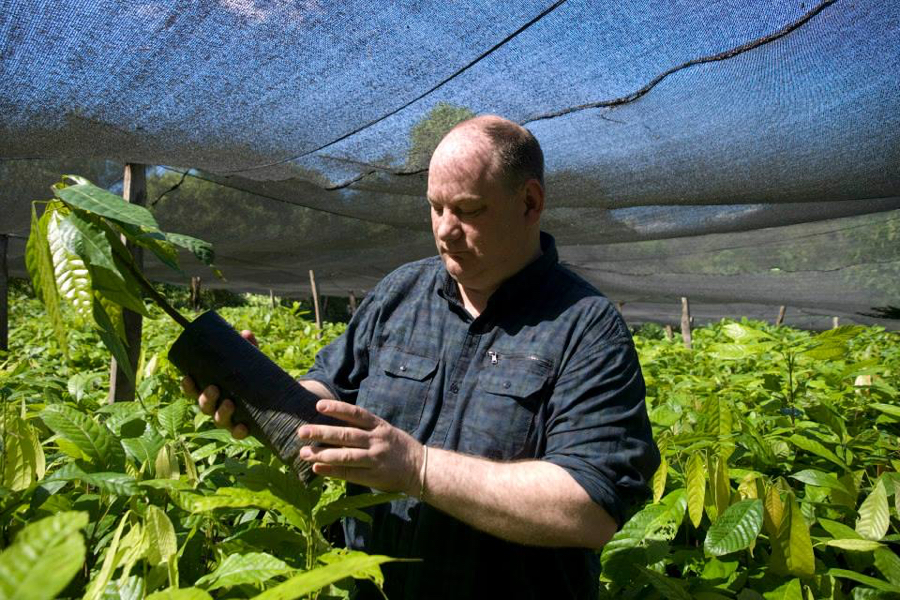 Chris Curtin at a cacao nursery in Peru | Éclat Chocolate/Facebook

“When I started out in Europe, there wasn’t this hype of being a chef. There wasn’t this sort of scene, and the tattoos and the piercings,” he said. Rather, choosing the kitchen was a lifelong career path, started young. “It was what you decide to do at 14 or 15 — you decide to be a craftsman, either a plumber or a bricklayer or a pastry chef.”

Back then, Curtin and his fellow students would spend a year on one aspect of pastry before moving onto the next — “almost like you’re learning how to make sushi in Japan.” The difference in the States, Curtin says, is that “in Europe, the last thing you learn is how to make show pieces. Here, it seems like that’s the first thing you learn.”

That methodical, Old-World emphasis on craft — and Curtin’s enduring relationships with the European masters who taught him — means that in a chocolate scene now dominated with brightly packaged upstarts, Éclat’s products and methods seem, well, old school.

For example, Curtin does travel to South America to source directly with cacao farmers for some of his products, but he has no qualms sourcing high-quality couverture made by another chocolatier for many of his bars and bonbons.

“If we need that extra spice, then we’ll make it ourselves,” he explained. “And if the beans are really special” — like the hand-selected Peruvian Pure Nacional cacao pods he used to make his Good & Evil bars, developed in collaboration with Anthony Bourdain and Eric Ripert — “we usually team up with places I worked in Europe and borrow some of their machines” to process the cacao in a way that will best express its characteristics.

In Europe, Curtin has access to a variety of processing equipment, including old-school conchers — machines that warm and grind the chocolate to refine its texture and bring out unique qualities in its flavor — that can process the beans for up to 70 hours. 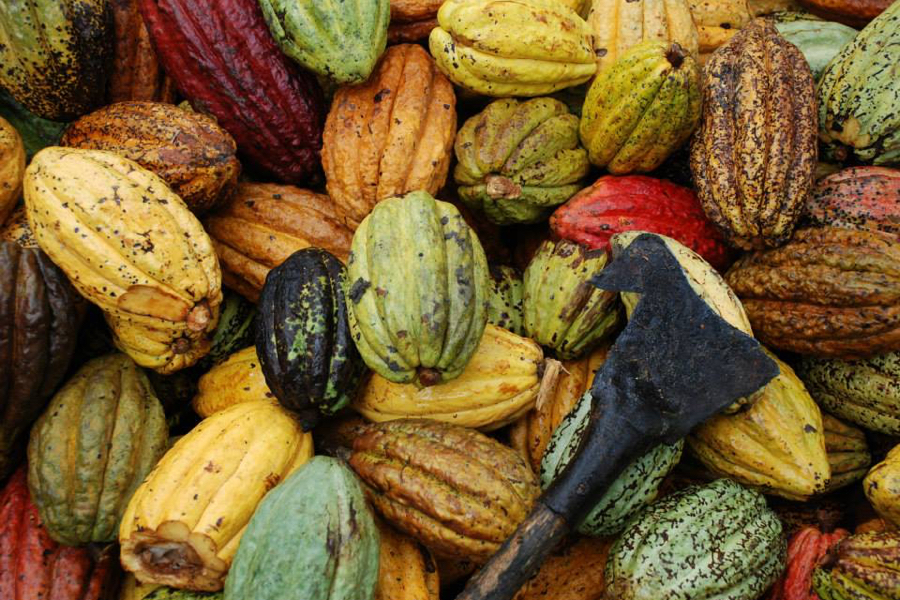 While Éclat has its own mini line for processing its own beans, Curtin recognizes that all beans aren’t suited to a single process. “We really take pride in being able to use these different machines for different effects,” he said. In Europe, he has access to different types of mills and conchers that are suited to bring out the best in different types of beans.

“If [you want to] whip cream, you’d use a certain whisk, not a spatula,” Curtin continued. There’s an art to deciding how to process a give year’s harvest of a certain varietal of cacao: “Like a painter, we use a certain brush for each [effect].”

What interests Curtin more than hewing to a binary ethos is how to innovate further in his craft — “how to pull chocolate out of its comfort zone.”

That can mean truffles infused with local craft beer, or tender pate de fruits made with the sweet, floral juice of the fresh cacao pod, or Mondiants — Éclat’s take on the French mendiants, circles of chocolate studded with fruit and nuts. Curtin encases a layer of filling, like red wine or peanut butter, less than a millimeter thick in two thin discs of chocolate. This switches up the ratio of chocolate to filling from one of his decadent caramels and uses surface area to highlight the chocolate’s texture and the interplay of flavors. 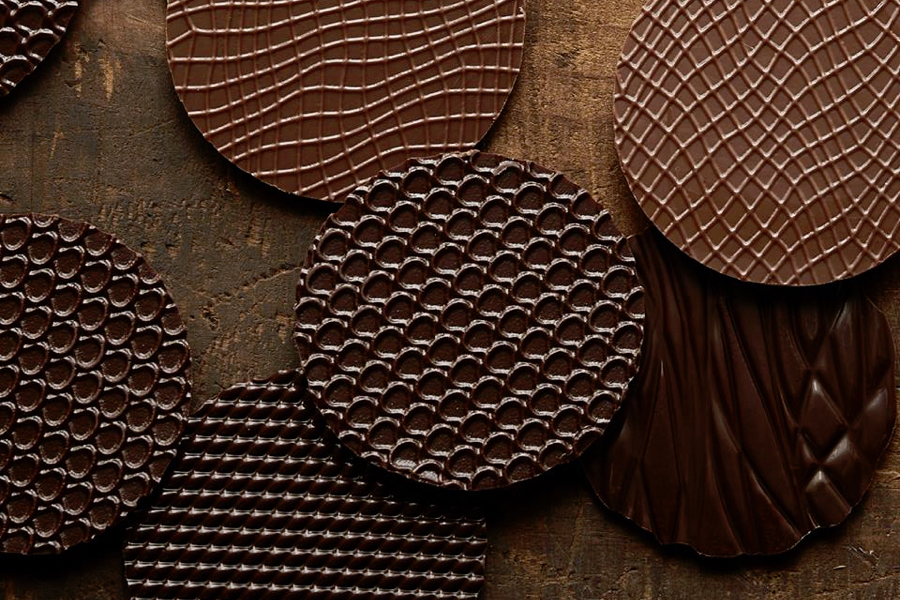 Curtin is excited by the current state of craft chocolate — with so many new makers in the business, he likens the scene to the earlier stages of the U.S. craft beer movement ago — but he’s cautious to consider trends and buzzwords with long-term viability in mind.

“A lot of the younger chocolate makers are talking about sustainability, but there should also be sustainability for the businesses,” he said. Does it make good business sense to hand-wrap bars in foil, or use machinery to seal them in plastic, increasing the efficiency of production and protecting the chocolate better?

“I can’t answer that,” Curtin said. “We’re about the product and making the best product.”