Now in its 6th year, Le Virtu's 40-course, 9-hour dinner is coming back in January. 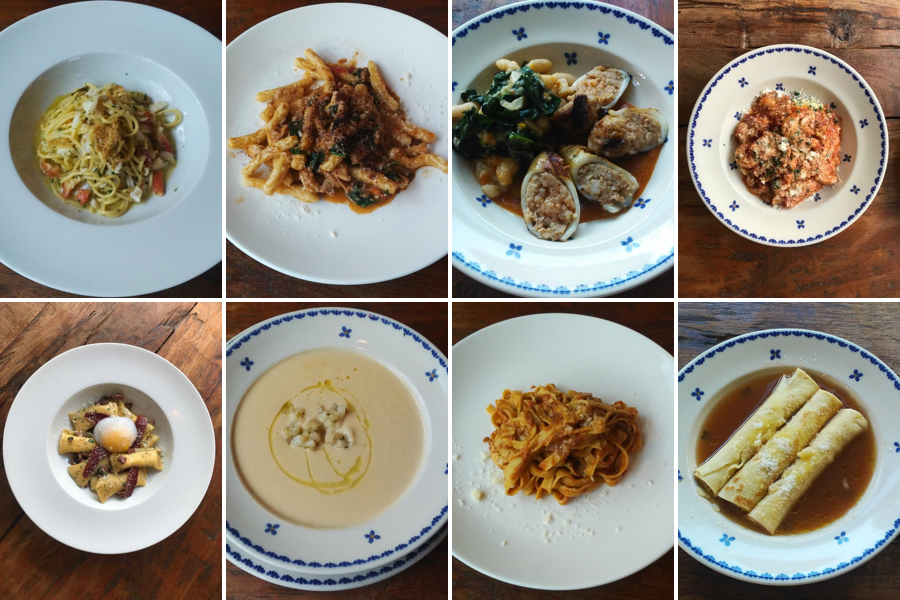 For six years now, Le Virtu has been throwing one of the most unusual dinner parties of the year. It’s called “La Panarda” (which I believe is Italian for sweatpants) and features a 40-course, wine-paired meal that goes on for 9 hours.

It is a marathon. It is amazing. There is nothing else quite like it in the city. And if you’re interested, you should buy in now, because even though the dinner isn’t happening until January, there are only 35 seats available and they will sell out.

But first, you should probably know what you’re getting into.

“Le Virtù’s 2018 Panarda evokes the annual event celebrated in Villavallelonga, the town where the tradition has persisted for the longest time. The first recorded Panarda there was in 1657, hosted by the Serafini family. The story goes that a mother of the Serafini clan left her child in a crib while she went to get water; when she returned, the child was in the mouth of a wolf. She prayed to Sant’Antonio Abate for her child’s deliverance, promising a lavish feast in his honor if he saved the infant, and the wolf gently placed the baby on the floor and fled. In return, the Serafini clan staged La Panarda in honor of Sant’Antonio; today, members of the family still reside in Villavallelonga and work with 19 other local families to host the feast. Theirs begins on the night of January 16 and lasts until dawn.”

Le Virtu’s version of this Abruzzese tradition will be happening on January 28 and probably won’t go until dawn. But it will take a long time–roughly 9 hours from start to finish. Chef Joseph Voller is doubling down on the seasonal nature of this kind of feast by sourcing a lot of his product from the farmers and fishermen in and around Philly. He’ll be arranging his 40-plus dishes in courses, loosely grouped by category. And while no final determination of the menu has yet been made, he’s figuring it will look a little something like this:

— Stuzzichini, or small bites, such as olive all’Ascolana and grilled sardines

— Raw/Crudo, such as fluke with olive and fennel; bay scallop with chili and lemon and venison carpaccio with arugula, grana and lemon

— Seafood, such as brodetto vastese with monkfish, clams and mussels and braised scungilli with button mushrooms and parsley salsa verde

— Offal / Game / Ferments, such as tripe parmigiana with polenta; mazzarelle, lamb offal in wrapped in grape leaves and spiedini of grilled duck hearts in agrodolce

— Meats / Roasts, such as suckling porchetta with fennel pollen and potato; capretto, whole roasted baby goat and “salt lamb,” baby lamb raised on the coast and fed on seaweed and marsh grasses, with sausage stuffing

Back in the day, armed guards were brought in to make sure no one left early and everyone at least sampled a bite from every dish. At Le Virtu, they’re going to dispense with the guards, but do suggest that everyone try a little bit of everything. And the prize waiting at the end? A gift bag full of take-home goodies either hand-crafted at Le Virtu or imported from Abruzzo.

Tickets for La Panarda are $400. But seriously, there isn’t anything else like this dinner. So if it sounds like your cup of grappa, pony up, get your fat pants ready, and call Le Virtu to make your reservation now.