Try their Mississippi hot tamales, Haitian salt cod, and other dishes you can't get anywhere else in Philly. 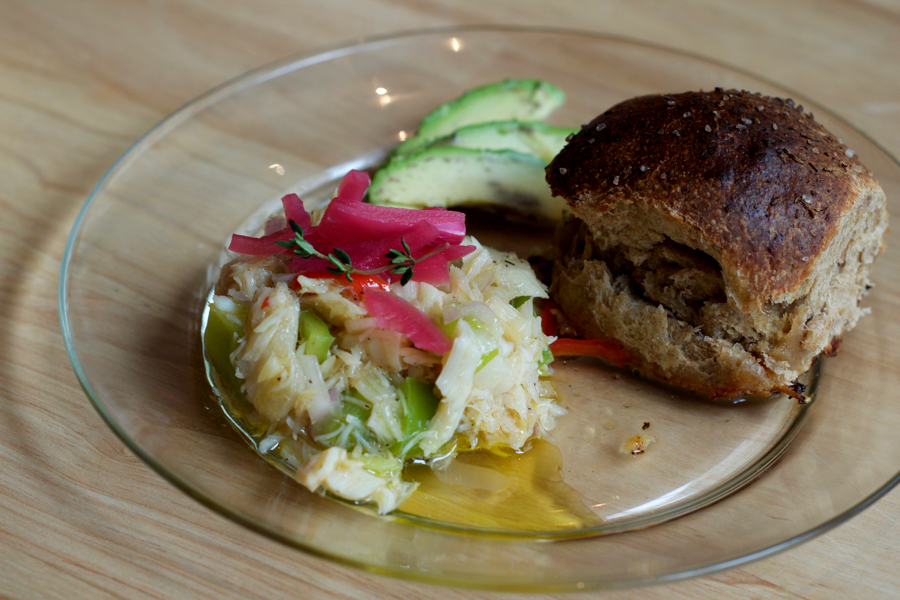 Over the past two months, the culinary artists at the Philadelphia Assembled Kitchen — the culinary arm of the Philadelphia Museum of Art’s sprawling, multi-year collaboration with Dutch artist Jeanne van Heeswijk and more than 150 Philly artists, activists, and community members — have served the foods of their communities to neighbors, museum patrons, and other diners.

They started with foods of Survival — like the black-eyed peas, foraged shrimp, and corn grits that sustained enslaved Africans in the new world — and grew stronger with foods of Resistance, like crisp cabbage from Irish and German immigrant kitchens and honey-soaked semolina cake from northern Africa.

Now, before the exhibit draws to a close in December, the culinary team is serving up a menu themed around Victory: that moment when the struggle pauses and we can look back — and forward — to see how far we’ve come and how far we have yet to go.

This time, the Victory Menu swings through the deep south and the Caribbean, reflecting the respective roots of culinary artist Nia Minard of Bite Curious and Philadelphia Assembled Kitchen co-curator Pascale Boucicaut of Dishes of the Diaspora.

Then it’s back to Philadelphia, where Acorn Swiggum captures the microbial terroir of their West Philly kitchen with sourdough coconut sea salt rolls. Their partner, Frances Rose Subbiondo, infuses coconut into her “Between the Worlds” rice and beans. Together, they offer personal chef and catering services, community cooking workshops, and more through K is for Kitchen.

And to end your meal, be sure to pick up a mini butternut squash pie from Sister’s Original Supreme Pies, a business founded by prizewinning baker and entrepreneur Nefertari Muhammad and her two teenage daughters or a coconut lime cupcake from Robin Broughton-Smith at Sweet Nectar Dessert Kitchen.

Mouse over the dishes below for descriptions.

Be sure to visit the Philadelphia Assembled exhibit in the Perelman Building, where the Victory Menu is available Tuesday through Sunday from 11:30 a.m. until 1:30 p.m. through December 10th. Check out the full Victory Menu below. 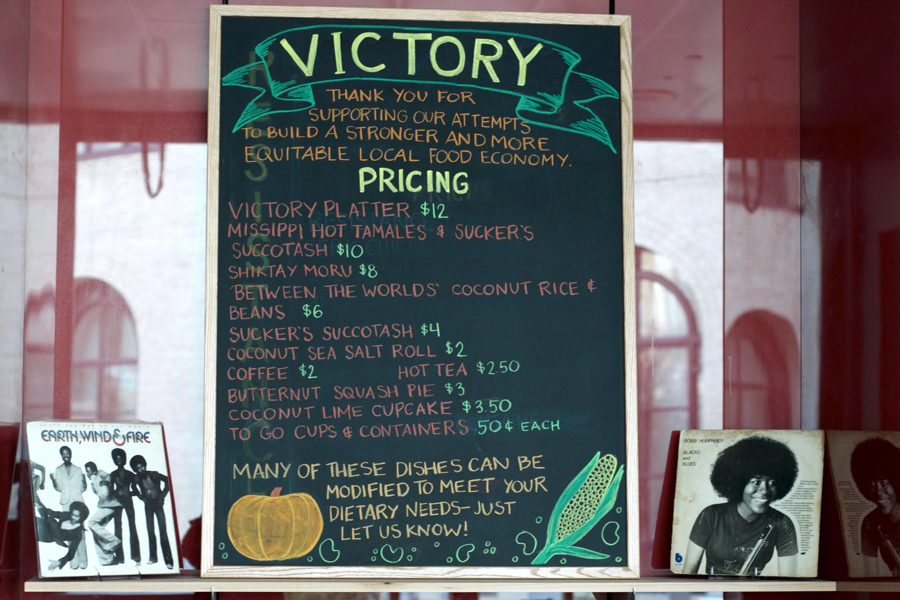